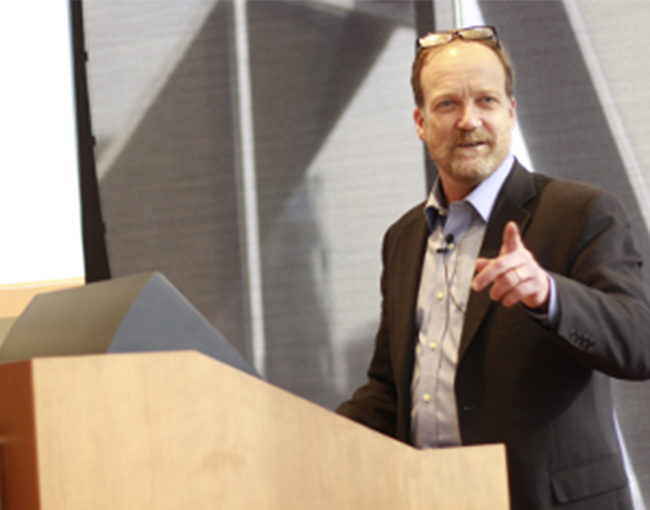 The Environmental Protection Agency (EPA) took a major budget cut last year and is facing the same this year. But the agency is using creative settlement agreements, community projects, and some new high-tech tools to continue to push for greater enforcement in 2014, said David Cozad, Regional Counsel for EPA Region 7, which serves Iowa, Kansas, Missouri, Nebraska and nine Tribal Nations

Cozad, who leads a team of 40 attorneys at the Region 7 offices in Kansas City, outlined EPA’s major environmental enforcement and compliance priorities in a recent update for the EHS Leaders’ Network, a group of leading environmental, health and safety professionals from companies and institutions from across the Midwest. The Network met at Thompson Coburn’s St. Louis office.

“We have to be smarter with the resources we have,” Cozad said. “We’re making better use of technology and data in ways that can make us more efficient.”

Here are some of the top environmental enforcement and compliance issues Cozad outlined in his update.

Over the last five years, the EPA has promulgated a number of new National Ambient Air Quality Standards (NAAQS).

“The science keeps telling us that these pollutants are riskier than we thought they were, so the limits reflected in the NAAQS can drop over time,” Cozad said. Those stricter standards would translate to many more potential violations. For example, if a proposed new standard for ozone levels — 0.060 ppm — was adopted today, 650 new counties would qualify as “non-attainment.”

The EPA has faced a number of suits challenging its tougher standards for oxides of nitrogen (NOx), ozone, oxides of sulphur (SOx) and particulate matter (PM). So far, Cozad said, courts have sided with the EPA. That includes an April 17 decision from the U.S. Court of Appeals for the District of Columbia Circuit that upheld new mercury and air toxics standards for power plants, which are the nation’s single biggest source of mercury pollution, Cozad said.

“In the early 2000s, all of our air rules got challenged, and we’d lose and they’d all end up in a smoking crater,” Cozad said. “We’ve really reversed that now. We’ve gotten a lot better at promulgating air rules and having them stick.”

He added that for the majority of power plants, particularly those in the Midwest, the new NAAQS shouldn’t pose an insurmountable compliance hurdle. “This isn’t a game-changer in the Midwest,” he said. “By using known technologies, most of them can handle it.”

“We’re really trying to focus our efforts on where we can make an immediate difference,” Cozad said. In many cases, that includes responding to community concerns about potentially hazardous environmental sites.

He cited the example of Chanute, Kansas, where residents voiced concerns about smells they assumed originated from a large cement plant operating in the area. The EPA teamed with the Kansas Department of Health and Environment to conduct an investigation and pinpointed the source of the fumes — which turned out to be a completely different industrial operation. The company that actually caused the problem agreed to a $371,000 EPA settlement, including environmental projects aimed at reducing annual hazardous air pollutants.

“It’s a good example of working with local health officials to address a community problem in a smart way,” Cozad said.

Similarly, the EPA’s involvement last year at a Superfund site in the heart of north St. Louis led to a historic $30 million settlement that will clean up a highly contaminated area immediately adjacent to a Boys & Girls Club. Thompson Coburn represented the Boys & Girls Club in the matter, which gives the Club the opportunity to acquire much of the site for its own future expansion.

Adding ‘Next Gen’ solutions to settlements

“How can we improve our compliance rates with fewer resources?” Cozad said that’s a question the EPA has been focusing on extensively. New “next generation” monitoring tools may provide an answer, he said, and the EPA has started incorporating some of these tools into settlements.

The result is more responsive, transparent compliance plans that incorporate penalty-free correction periods so a company can respond to any problems should they arise.

For example, in a 2012 settlement for violations at a refinery, a company agreed to install fenceline monitoring that reports weekly air toxics levels on a public website. In addition, a settlement with another company includes an infrared-camera imaging program that can help detect tank leaks invisible to the naked eye. In another major sewer district settlement, the parties agreed to employ flow monitors at sanitary sewer overflow sites.

About the EHS Leaders’ Network

The EHS Leaders’ Network is sponsored by the Environmental Practice Group at Thompson Coburn LLP. The Network’s members include leading EH&S professionals from almost 50 major midwest companies and institutions.

The next Network meeting will feature a presentation by Johnnie Banks, Team Lead of the Washington D.C., office of the U.S. Chemical Safety and Hazard Investigation Board. Banks will talk about the deadly West, Texas, chemical explosion and the recent chemical spill in Charleston, W.V. He will detail lessons learned and expectations for adoption of best practices.