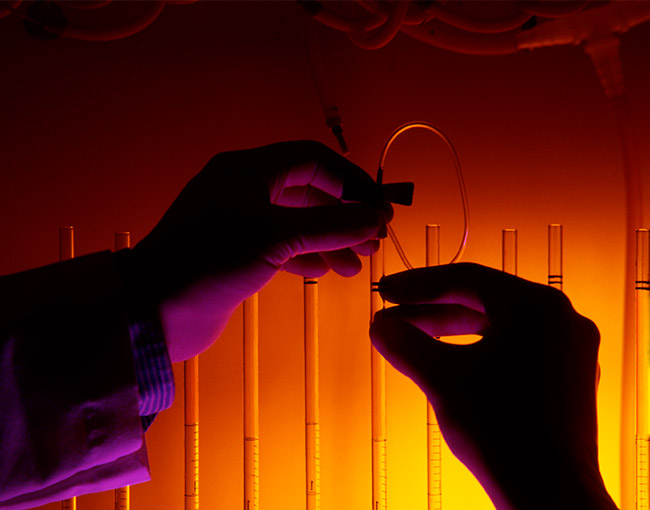 Today the USPTO published its much heralded revised 2014 Interim Guidance on Patent Subject Matter Eligibility under 35 U.S.C. § 101 in view   of the Mayo[1], Myriad[2], and Alice[3] Supreme Court decisions.

An important change from the March 2014 Guidance is that in determining whether a patent claim is directed to a “judicial exception” (a law of nature, a natural phenomenon, or an abstract idea), an Examiner is instructed to find that a claim is directed to eligible subject matter if it recites markedly different characteristics in “structure, function and/or other properties.” (The earlier guidance required the markedly different characteristics to be structural.)

Elimination of the burdensome 12-factor test yields a more streamlined and efficient determination process with new early “escape routes” for claims caught in the analysis. This softens the blow of the USPTO’s 35 U.S.C. § 101 sledgehammer by providing Examiners with more avenues for concluding that a claimed invention is directed to patent-eligible subject matter. The USPTO emphasized that the December 2014 Guidance is labeled “Interim” because further revisions are expected after public comment. Given the evolving nature of case law in this area, applicants can safely expect further changes in USPTO examination practices under 35 U.S.C. § 101.

Major changes in the Interim Guidance

Moreover, the December 2014 Guidance provides additional depth to defining the terms “directed to” and “markedly different.” The “directed to” analysis largely turns on whether the claim, if allowed, would “tie up the judicial exception,” such that it would pre-empt others in the field from using the law of nature, natural phenomenon or abstract idea. Additionally, the December 2014 Guidance provides that “[m]arkedly different characteristics can be expressed as the product’s structure, function, and/or other properties,” noting that “even a small change can result in markedly different characteristics from the product’s naturally occurring counterpart … a product that is purified or isolated, for example, will be eligible when there is a resultant change in characteristics sufficient to show a marked difference from the product’s naturally occurring counterpart.” Further distinguishing itself from the prior March 2014 Guidance, Examiners are instructed to apply the “markedly different” analysis to only the nature-based products in the claim, and when there are a combination of two or more natural products, to consider the combination as a whole, not each element individually. Product-by-process claims are analyzed by considering the properties of the product produced by the process; however, with the caveat that process claims should only be considered when “there is no difference in substance from a product claim.”

When a claim is determined to be directed to a judicial exception, the Examiner is instructed to proceed to Step 2B. This step determines whether other elements recited in the claim add “significantly more” to the exception. The Examiner is asked to determine whether the recited elements of the claim “considered both individually and as an ordered combination,” add something significantly more than the judicial exception itself. The USPTO explicitly refers to this step as “a search for an ‘inventive concept.’” The December 2014 Guidance provides six examples of additional claim elements that qualify as adding something “significantly more” to the judicial exception, thereby obviating further analysis, as well as four examples of claim elements that do not qualify.

In its separate “Nature-based Products” document, the USPTO provides 10 additional examples. Several of these are similar to examples provided in the March 2014 Guidance, but in many cases the examples reach the opposite conclusion. Notably, gunpowder is once again patent-eligible subject matter. Likewise, pomelo juice comprising a preservative is once again patent eligible, even though the preservative is well known in the art. Purified proteins are deemed patent eligible if, for example, the purified protein has a different crystal structure, or possesses properties that are different from those of the impure protein.

In homage to the decision in Funk Bros. Seed Co. v. Kalo Innoculant Co., the guidelines include an example directed to bacterial mixtures. For a claim directed to an inoculant comprising various non-inhibitive strains of different bacteria, said strains being unaffected by each other in respect to their ability to fix nitrogen is patent ineligible. In contrast, a claim directed simply to an “inoculant for leguminous plants comprising a mixture of Rhizobium californiana and Rhizobium phaseoli,” is patent eligible because the combination of these two specific strains of bacteria produces a new result or property that the two bacteria separately do not possess.

Applicants in the biologics space may find reassurance in the antibody example, which shows that claims directed to antibodies possessing specific CDR sequences are patent eligible because, “unless the Examiner can show that this particular murine antibody exists in nature, this mere possibility does not bar the eligibility of this claim.” Of course, chimeric and humanized antibodies are found to be patent eligible along with antibodies comprising mutated sequences in conserved regions, such as the Fc domain.

The December 2014 Guidance documents are surprisingly devoid of any diagnostic assay examples. Unconfirmed reports indicate that a future example set will be made available following decisions in several pending cases at the Federal Circuit dealing with diagnostic tests.[4]

The new Interim Guidance also provides examination guidelines for applying the Mayo/Alice framework to inventions in the software, computer, and e-commerce fields. Relative to the preliminary Alice guidelines from June 2014, the USPTO has expanded on its explanations regarding the types of claim limitations that may qualify as “significantly more” under Mayo/Alice analysis. Notably, the guidelines:

With these expanded guidelines, the USPTO has provided patent applicants with significantly more room for formulating arguments to persuade Examiners how a given claim satisfies the “significantly more” requirement. As such, the new guidelines appear more favorable to patent applicants in the computer and software space than the prior June 25, 2014, Preliminary Examination Instructions because these new guidelines recognize the potential viability of a wider range of arguments in support of patent-eligibility.

The December 2014 Guidance also includes discussions of the post-Alice Federal Circuit decisions, including the recent Federal Circuit decision in DDR Holdings v. Hotels.com[5], a rare post-Alice decision where a court found that claims drawn to an e-commerce invention were patent eligible. In the DDR Holdings case, the claimed invention found to be patent eligible was drawn to a computer arrangement that recited “a specific way to automate the creation of a composite web page by an outsource provider that incorporates elements from multiple sources in order to solve a problem faced by websites on the Internet.”

The USPTO is encouraging public comment on the December 2014 Guidance. Public comments are due on or before Monday, March 16, 2015.