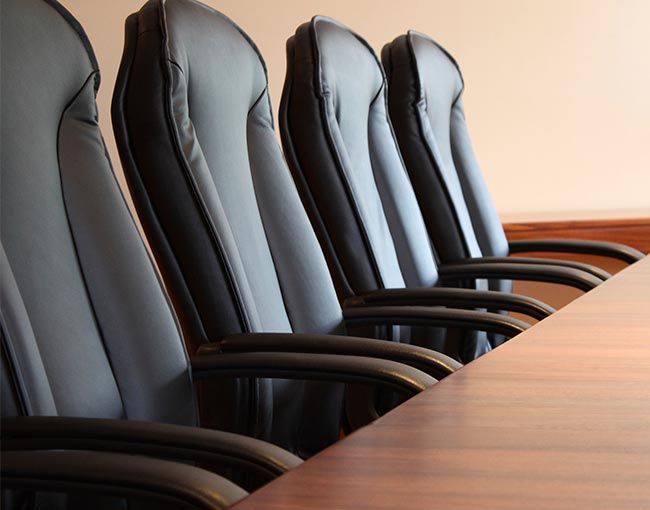 On July 1, 2015, the Securities and Exchange Commission, by a 3-2 vote, proposed  new rules requiring public companies to “claw back” executive compensation mistakenly awarded due to accounting errors. The proposed rules – 10D-1 under the Securities Exchange Act of 1934 – satisfy the last of the SEC’s rulemaking obligations under the Dodd-Frank Wall Street Reform and Consumer Protection Act. The rules will be open for comment for 60 days, after which the SEC will consider changes and issue a finalized version. The finalized rules will join Section 304 of the Sarbanes-Oxley Act and Item 402(b) of Regulation S-K, which already impose reporting and clawback requirements on certain executive officers for compensation received as a result of misconduct.

The SEC’s latest attempt to regulate executive compensation paints with a broader brush than those that precede it. Not only would the rules require clawback from a much broader range of executive officers, they would also remove the requirement that, to trigger clawback, an accounting error must result from executive misconduct. The proposed rules apply to all public companies, despite fears of disproportionate burdens on emerging growth companies, smaller reporting companies, and foreign private issuers. SEC Chair Mary Jo White hopes that the more demanding new rules will “result in increased accountability and greater focus on the quality of financial reporting, which will benefit investors and the market.”

The rules mandate that all national securities exchanges require listed companies to adopt clawback policies for mistakenly awarded incentive-based compensation. Listed companies must comply with these requirements – by drafting, disclosing and enforcing their own compensation recovery policy – or risk delisting. Though the responsibility for implementing clawback policies lies with public companies and with the securities exchanges, the SEC has provided extensive guidance for how these policies should look.

First, new policies should apply to current and past high-level executive officers (serving during the three-year look-back period described below); such officers include the president, principal financial officer, principal accounting officer, any vice-president in charge of a business unit, and any other person who performs policy-making functions for the company. This broad coverage drastically expands the list of employees subject to clawback. Under the Sarbanes-Oxley Act, only a public company’s Chief Executive Officer and Chief Financial Officer risked losing compensation due to inaccuracies in accounting. If 10D-1 is finalized in its present form, all policy-making employees would be potentially subject to clawback; the SEC does not clarify what positions it considers to be policy-making. Identifying, monitoring and recouping compensation from such an expansive and ill-defined group of employees could force companies to shoulder substantial compliance costs.

Second, compensation clawback must be triggered by any accounting restatement issued “due to material non-compliance of the issuer with any financial reporting requirement under the securities laws.” Unlike previous clawback policies, the new rules require clawback even where there is no showing of executive misconduct. Some commenters have expressed concern that the lack of a strictly defined triggering event may encourage companies to treat all restatements as “material” to avoid any risk of delisting. The SEC, however, specifically excludes restatements prepared pursuant to generally accepted accounting standards (like the application of a change in accounting policy) from the compensation clawback requirement.

Finally, under the proposed rules, clawback policies must cover all incentive-based compensation that was granted to, earned by or vested in an executive officer due to the attainment of a “financial reporting measure.” Such measures include: stock price, total shareholder return (“TSR”), and any other measure based on accounting principles used in preparing financial statements. Service-based awards given solely for completion of a service period, retention bonuses, discretionary compensation and salaries do not qualify as incentive-based compensation for the purposes of these proposed rules.

To comply with 10D-1, a clawback policy must require recovery of excess incentive-based compensation received during the three completed fiscal years prior to the year the company was required to prepare an accounting restatement. For the purposes of a clawback policy, an incentive-based award is viewed as being received during the fiscal period in which the reporting measure is achieved – even if the award is given at the end of the year or during a later period. Likewise, an accounting restatement is “required” on the date that a company’s board of directors “concluded, or reasonably should have concluded” that the financial statements included a material error or when a legally authorized body directs the company to issue a restatement. An example might help to clarify the way the three-year look-back functions:

Determining the amount of a clawback will often be relatively straightforward. The amount owed back to a company is the difference between the amount of the award that was received and the amount that would have been received applying the restated financial reporting measure. This formula is easily applied to awards determined against total revenue or growth. But where the award is based on stock price or TSR, the effect of an inaccurate accounting statement can be difficult to determine. In these circumstances, the SEC’s proposed rules permit companies to base clawbacks on “reasonable estimates” of what the stock price or TSR would have been absent misstated financials. The amount of compensation to be recovered must be calculated on a pre-tax basis.

The new rules prohibit a company from indemnifying its officers against the clawback of mistakenly awarded compensation. An individual can purchase insurance to cover the risk of clawback but cannot be reimbursed for the cost of such insurance.

Every listed company required to comply with 10D-1 must file its compensation recovery policy as an exhibit to its Exchange Act annual report. As a supplement to this annual disclosure, if a company prepared a restatement in the last completed fiscal year that required recovery of compensation, or if it still carries an outstanding balance on a previous restatement, the company must disclose: the date it was required to prepare each restatement; the aggregate dollar amount of incentive-based compensation effected  by the restatements or the aggregate outstanding balance; the names of any individuals the company did not pursue recovery against and the reason for foregoing recovery; the amount of compensation outstanding for more than 180 days; and the names and amount due from each person at the end of the last completed fiscal year.

The notice and comment period on these newest SEC rules will extend 60 days past the rules’ publishing in the Federal Register. Comments will likely focus on the more controversial provisions described above, particularly the lack of exceptions for smaller and foreign companies and the lack of guidance on how to calculate clawbacks for awards based on TSR or stock price.

Companies should begin contemplating how to comply with the heightened clawback and reporting requirements of these new rules. Once the rules are finalized, likely later this year , securities exchanges will have 90 days to propose their new listing requirements and one year before those requirements must be effective. Companies then must adopt a complying clawback policy within two months or risk delisting.

If you have any questions about this topic, please contact Employee Benefits chair Lori Jones.