Home > Insights > Publications > Was that trader really 'spoofing'? Focus on the statute’s words, not the regulator’s claims 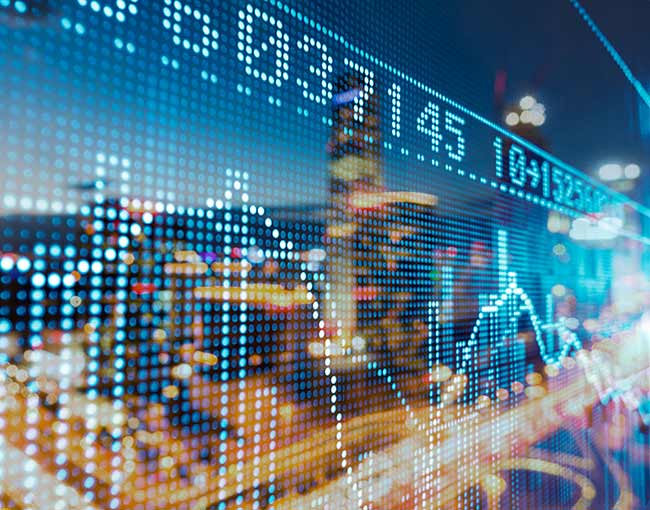 Was that trader really 'spoofing'? Focus on the statute’s words, not the regulator’s claims

Can trading pursuant to an algorithmic program properly be found to constitute “spoofing” in violation of CEA Section 4c(a)(5)(C): What constitutes “the intent to cancel the bid or offer before execution”?

Since Section 747 of the Dodd-Frank Act amended the Commodity Exchange Act (the “CEA”) to prohibit “spoofing” and other practices the statute labels as “DISRUPTIVE,” commentators have suggested the anti-spoofing provision (codified at 7 U.S.C. §6c(a)(5)(C)) is vague and ambiguous. Traders charged with “spoofing” have taken up these arguments. To date, the “void for vagueness” arguments have found no traction with the courts or the CFTC.

Rather than arguing the statute is vague, targets of enforcement actions might do better to focus on how the statute’s phrase “the intent to cancel” should be construed. Proper construction of this phrase compels the conclusion that the anti-spoofing provision is not violated except in those rare instances – almost never present when the trading is controlled by a computer program – in which the trader evinces an unqualified intention to cancel a bid or offer before the bid or offer is executed. Giving this construction to the statute both comports with its language and avoids the charge that it is ambiguous to the point of unconstitutional vagueness.

We start with the statute’s text. It says:

DISRUPTIVE PRACTICES. – It shall be unlawful for any person to engage in any trading, practice, or conduct on or subject to the rules of a registered entity that –

(C) is, is of the character of, or is commonly known to the trade as, ‘spoofing’ (bidding or offering with the intent to cancel the bid or offer before execution).

The correctness of this construction is confirmed by analysis of the consequences if it were incorrect.

The validity of the contingent vs. unqualified intent to cancel distinction was recently confirmed (albeit indirectly) by reasoning found in a District Court’s ruling rejecting a void for vagueness attack on a spoofing charge. At pages 15 - 17 of the August 23, 2016 opinion in CFTC v. Oystacher, No. 1:15 – cv- 09196 (N.D. Ill.) (Doc # 236), the Judge explained it is the contingent nature of trader’s intent to cancel implicit in any of several commonly used types of orders, such as stop-loss, partial fill, and fill-or-kill orders, which takes these order types out of the realm of prohibited spoofing and into the realm of permissible trading practices.

Regulators and prosecutors who perceive policy reasons to view bidding or offering with some (but not all) types of conditional intent to cancel as objectionable spoofing might argue that the contingent vs. unqualified intent to cancel needn’t be inferred from the statutory text for other reasons. They may, for example, assert that the statute permits distinctions based on whether cancellations in particular circumstances are “disruptive” of trading or markets. But reference to the statute’s text shows that the statute does not purport to prohibit “disruptive” trading practices as an abstract proposition. Rather, it proscribes certain trading practices, describing them in specific terms, and labels the described practices collectively as “DISRUPTIVE PRACTICES.” It would be circuitous to argue that only that subset of conduct meeting the statutory definition of “spoofing” which (according to the government’s position taken in the particular case) constitutes a disruptive practice violates the statute when, as here, the statute labels all conduct meeting the statutory definition of “spoofing” as “DISRUPTIVE PRACTICE.”

Reference to market data concerning cancellations makes it is obvious that the anti-spoofing statute is not intended to prohibit all bidding or offering simply because the trader has some intent to cancel the bid or offer in some circumstances. Market statistics show the overwhelming majority of bids and offers are cancelled. Given the speeds with which such cancellations occur, common sense suggests that most traders have more than a notion, when they enter a bid or offer, of the circumstances that will trigger cancellation of their bid or offer; in practice most have already decided under what circumstances the bid or offer will be cancelled when they place the bid or offer. That subjectively held conditional intent to cancel may not be susceptible of proof in the case of a manual trader. In the case of trading conducted through computer programs, however, the circumstances that will trigger cancellation must be concretely predetermined and made part of the software program that controls the trading. Few, if any, computer software programs used to run algorithmic trading strategies do not use code that will cancel outstanding bids or offers in some circumstances.

No one contends that Congress, in enacting the anti-spoofing statute, intended to effectively outlaw computerized futures trading. But if “spoofing” constitutes bidding or offering with any intent to cancel the bid or offer before execution, whether that intent is conditional or unconditional, the statute effectively prohibits virtually all algorithmic trading that is presently practiced in the markets (and much of the manual trading that occurs as well). By such construction, the statute would sweep with a much broader brush than Congress can plausibly be said to have intended.

This analysis does not just support, it compels the conclusion that 7 U.S.C. §6c(a)(5)(C), properly construed, only prohibits bidding or offering with an unqualified – i.e., entirely non-contingent – intent to cancel the bid or offer before execution.

In practice, this construction of the statute means that few, if any bids or offers entered pursuant to a computer-controlled, algorithmic trading program will violate the statute. It may also make successful prosecutions of manual traders for “spoofing” exceedingly rare. But neither of these practical consequences suggests the described construction of the statute’s words is erroneous. At most, it suggests that if the statute was intended by its drafters to reach conduct beyond that which proper construction of the chosen words allows, the drafters need to more clearly and concisely articulate whatever it is that they intend should be prohibited, then persuade Congress it is good policy to do so.

Kent Knickmeyer is a partner in Thompson Coburn's Business Litigation group and Rick Reibman is a co-chair of the Corporate Finance and Securities group and leads the practice in Chicago.