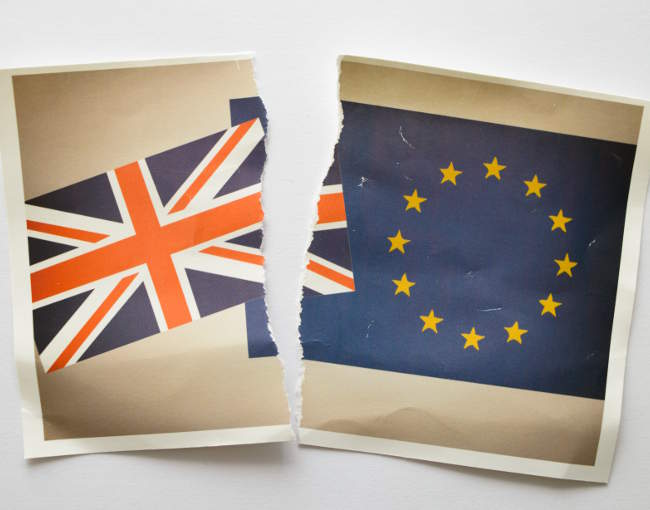 By Jacqueline Pang and Tom Polcyn

On June 23, 2016, the British public voted in a referendum in favour of the U.K. withdrawing from the EU. For now, the U.K. is still very much part of the Union: the U.K. Government has not yet given formal notice of its decision to leave and it has signaled that it would not do so before 2017. There would then be a minimum of two years for a new agreement with the EU to be reached before U.K. membership ceases. It is envisaged that negotiations will take a number of years.

Still, it is important for companies that hold trademarks in either the U.K. or the European Union to think about how their intellectual property portfolios may be impacted by “Brexit.” Below, we have set out some of the potential implications of the U.K. leaving the EU on various IP rights.

Since 1978 it has been possible to file a central European patent application to obtain patents in member states of the European Patent Organization, which is a separate entity from the EU. Such patent applications are then examined at the European Patent Office (EPO), which employs examiners specializing in different areas of science and technology. A granted European patent becomes a separate national patent in each chosen state. At present there are 38 members to choose from, as well as additional “extension” and “validation” states to which the patent may be extended. These states are not all members of the EU, although they are largely geographically European.

Because the existing European patent system is independent of the EU, patents filed there would not be affected by Brexit; it will continue to be possible to obtain a U.K. patent through the central application system.

Delays for the Unitary Patent System?

On the other hand, the implementation of the new Unitary Patent System will likely be delayed and may not include the U.K. A “European patent with unitary effect,” often shortened to “Unitary Patent,” has been a longstanding ambition in Europe. Before the Brexit vote, it was forecast to become a reality for participating states in summer 2017.

At present 25 out of the 28 EU member states, including the U.K., are participating states in the Unified Patent Court Agreement. What’s more, along with Paris and Munich, London was slated to host one of the Central Divisions of the Unified Patent Court. (Milan is now making a bid to replace to London as the location for the Court.)

The referendum vote will most likely delay the entry into force of the Unitary Patent system as the U.K. is unlikely to ratify the Agreement before Brexit. Additionally, there will have to be some amendments to the Agreement for it to come into force with the U.K. outside of the EU. It remains uncertain whether the U.K. will participate in any amended Agreement, so it is uncertain whether Unitary Patents and the Unified Patent Court will have effect there.

It is expected that, should the U.K. leave the EU, European Union trademarks (EUTMs) would no longer cover the U.K. Clients may wish to carry on as before in relation to trademarks, but also may want to consider filing separate U.K. and EUTM applications where the mark or the U.K. market is particularly important. For instance, if a company has created special branding or a particular mark for a product exclusively offered in the U.K., they might want to pursue a separate U.K. trademark filing.

In time, we anticipate arrangements to be put into place for the U.K. portion of EUTMs to continue to be recognized in the U.K. This might be in the form of a “conversion” process, which would allow the U.K. portion of an EUTM to be converted into standalone U.K. applications or registrations, while retaining the original filing, priority and/or seniority dates. This would result in the owner retaining the original EUTM as well as “gaining” an essentially identical U.K. application/registration.

The comments above in relation to trademarks also apply generally to European registered design rights, known as “Registered Community Designs” (RCDs). However, there is more uncertainty surrounding Unregistered Community Designs (UCDs). Given that the duration of UCDs is relatively short — only lasting three years — and the fact that protection is based on the date the design is first made available in the EU, it is unclear whether provisions will be enacted to recognise existing UCDs in the U.K. after Brexit or how that process might work. As a result, clients that rely on UCDs may want to consider obtaining separate U.K. design registrations.

Parties that maintain intellectual property in the EU commonly resolve IP conflicts by entering into co-existence agreements. For example, these might govern how and/or where a party may use its trademarks, including the style and manner of use. In light of the referendum vote, any co-existence agreements relating or referring to the EU or EU rights should make clear that it covers any countries that may leave the EU or any applications or registrations that might result from a conversion process.

The U.K.’s participation — if any — in the Unitary Patent System is likely the area of most immediate concern for IP owners or practitioners in the EU. As we outlined above, many other elements are still up in the air. However, there are several steps U.S. companies can take to start reviewing their patent and trademark portfolios and ensure their valuable intellectual property is protected in the U.K. and beyond in a post-Brexit Europe.

Jacqueline Pang is a London-based  trademark attorney with the U.K. firm Mewburn Ellis who is currently seconded to Thompson Coburn. Tom Polcyn is the chair of Thompson Coburn’s Intellectual Property group.