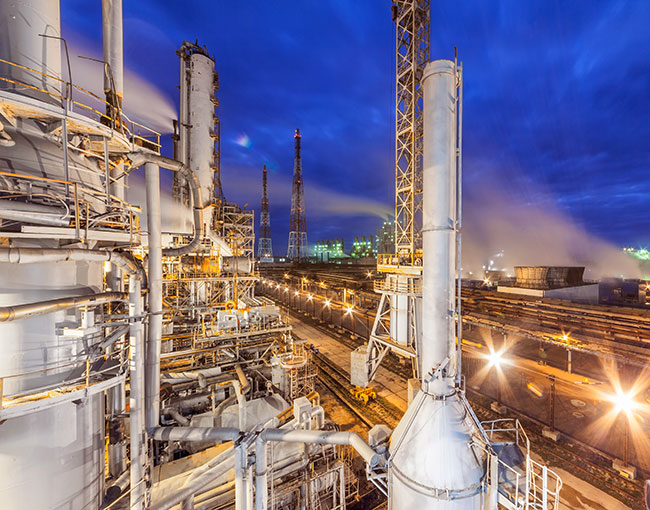 The Act greatly enhances the EPA’s power to regulate both existing chemicals in the marketplace and new chemicals to be introduced to the marketplace. The thrust of the chemical regulation is risk-based, ultimately giving the EPA the authority to ban or otherwise safeguard use of certain chemicals. The EPA is currently in the process of drafting regulations to implement the Act. The EPA’s announcement of 10 chemicals to receive further scrutiny is the first step in that process.

Here are six key areas of TSCA reform that are of special interest to the regulated community:

The EPA is required to evaluate the safety of existing chemicals in commerce with priority given to those most likely to cause risks. Specifically, the EPA must designate chemicals as either high or low priority. High priority chemicals are those that “may present an unreasonable risk of injury to health or the environment because of a potential hazard and a potential route of exposure under the conditions of use.” Low priority chemicals do not meet this standard.

The first 10 chemicals the EPA will evaluate are:

These chemicals were drawn from the list of 90 chemicals contained in the EPA’s 2014 TSCA Work Plan for Chemical Assessments. According to the EPA, these selections were based on the chemicals’ potential for high hazard and exposure, as well as other factors.

If the EPA determines that the manufacture, processing, distribution in commerce, use, or disposal of a chemical substance or mixture, or that any combination of such activities present an unreasonable risk of injury to health or the environment, in accordance with Section 2605(a), it must apply requirements to such substance or mixture to the extent necessary so that the chemical no longer presents such a risk. These requirements can include, but are not limited to: prohibition (i.e., ban) or limitation on their manufacture, processing, or distribution in commerce, including for a particular use or at a certain concentration; inclusion of clear and adequate warnings and instructions; and regulation of the manner and method of disposal. In contrast to the “unreasonable risk” determination described above, costs are a factor to be considered. The EPA must propose a rule for the chemical not later than one year after publication of the final evaluation for the substance; the final rule must be published within two years after publication of the final risk evaluation.

The Act requires the EPA to make a determination on a new chemical or significant new use of an existing chemical before it can enter the marketplace. Namely, the EPA must make one of these three determinations:

A. that the chemical or significant new use presents an unreasonable risk of injury to the health or the environment;

B. that (i) the available information is insufficient to permit a reasoned evaluation of the health and environmental effects of the chemical or significant new use; or (ii) in the absence of sufficient information to make such an evaluation, the manufacture, processing, distribution in commerce, use or disposal of such substance, or any combination of such activities may present an unreasonable risk of injury to health or environment; or (iii) the substance is produced or will be produced in substantial quantities, and such substance either enters or may reasonably be anticipated to enter the environment in substantial quantities or there is or may be significant or substantial human exposure to the substance; or

C. that the chemical or significant new use is unlikely to have an unreasonable risk to a potentially exposed or susceptible population under the conditions of use. If the EPA makes either the first or second determination, then the EPA is required to issue an order prohibiting or limiting the manufacture, processing, distribution in commerce, use or disposal of such substance (or to prohibit or limit any combination of such activities) to the extent necessary to protect against an unreasonable risk of injury to health or the environment. The EPA also may issue a proposed rule pursuant to Section 2605(a)(2)-(7), limit the amount of such substance which may be manufactured, processed, or distributed in commerce, or some combination thereof. If the EPA makes the third determination, then manufacture of the chemical substance or manufacture and process of the chemical substance for a significant new use may be initiated.

The Act seeks to increase the transparency of chemical information by requiring the submitter to substantiate any confidential business information (“CBI”) claim the submitter may make. Specifically, the Act requires that all persons asserting their information as CBI must include a statement asserting their CBI claim and a certification that the statement of need is true and correct. The Act also requires that, when a specific chemical identity is claimed as CBI, the claim must provide a “structurally descriptive generic name” and describe the chemical structure of the chemical substance as specifically as practicable while protecting those features that are claimed confidential and the disclosure of which would be likely to cause substantial harm to the competitive position of the person. The Act limits the duration of many CBI claims to 10 years, unless those claims are timely reasserted and substantiated.

The Act preempts some state actions, but it has limitations. State action is preempted when, after a risk evaluation, the EPA deems a chemical to be safe and when the EPA has taken final action to manage a chemical’s risks. However, these only apply to uses of the chemical addressed by the EPA. Also, state regulation of specific chemicals was grandfathered, and certain state law requirements are preserved. When the EPA has not yet addressed a chemical, TSCA does not bar the state from regulating it. However, while the EPA is evaluating a chemical’s risks, there is a “pause” of preemption. If warranted, a state can ask the EPA for an exemption from preemption.

The Act authorizes the EPA to collect up to $25 million per year in user fees to help defray its costs for chemical reviews and TSCA implementation activities for existing chemicals. These user fees can be assessed against chemical manufactures and processors when they: (1) submit test data for EPA review; (2) submit a pre-manufacture notice for a new chemical or a notice of new use; (3) manufacture or process a chemical substance that is the subject of a risk evaluation; or (4) request the EPA conduct a chemical risk evaluation.

Conclusion and Considerations for Those Impacted by TSCA

The amended TSCA potentially impacts any business in the United States that manufactures or uses chemicals. Looking forward, and perhaps most importantly, if you manufacture or use a chemical that may ultimately be banned or restricted, it would be wise to start planning for product substitution or other alternatives. The clock is running. If you are already working your way through compliance with the European Union’s Registration, Evaluation, Authorization, and Restriction of Chemicals (“REACH”) law, you may have a leg up on some of your compliance with the Act. But, although there are similarities between REACH and TSCA, it would be a mistake to assume that compliance with one will achieve compliance. There are differences. Also, you should plan to substantiate any requests for your information to receive CBI treatment.

The regulations ultimately adopted and implemented by the EPA will frame the “teeth” of the new TSCA. A lot more will been known about the specifics in the next 12 to 18 months. As such, these developments should be monitored by anyone who is potentially impacted.

If you have questions concerning regarding this article or TSCA generally, please contact Ed Cohen in Thompson Coburn’s environmental practice area.