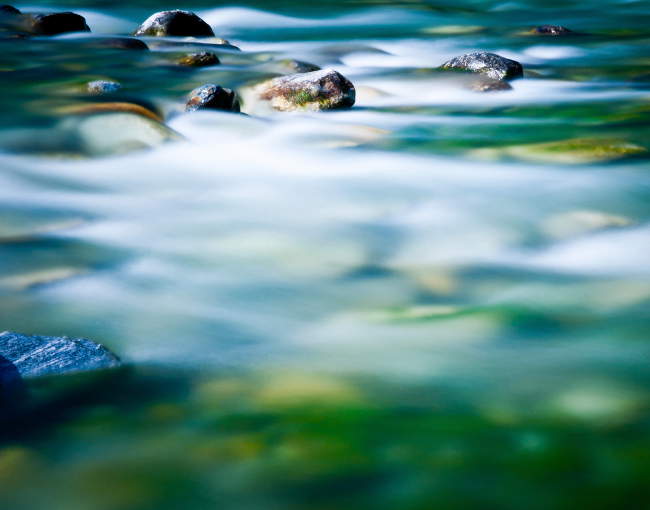 Can a discharger violate a general narrative state water quality standard incorporated into its national pollutant discharge elimination system (“NPDES”) permit when the permit does not contain specific numeric effluent limits on the discharge? The answer is “yes” according to a new decision handed down in the Fourth Circuit.

The decision is significant for two reasons: (1) it expands the universe of potential violations under the Clean Water Act (“CWA”); and (2) it conflicts with another recent decision from the Sixth Circuit that ironically relied on the reasoning of a prior decision of the Fourth Circuit. This new circuit split creates ambiguity regarding the scope and applicability of the “permit shield” defense when CWA lawsuits are brought against dischargers.

On January 4, 2017, the Fourth Circuit issued its opinion in Ohio Valley Environmental Coalition, et al., v. Fola Coal Company, LLC, No. 16-1024, 2017 WL 35726. Several environmental groups brought a citizen’s suit alleging that Fola had violated its NPDES permit, and Fola argued that its NPDES permit shielded it from liability. The CWA contains a “permit shield” defense, which provides that “compliance with a permit issued pursuant to this section shall be deemed compliance." 33 U.S.C. § 1342(k).

The case arrived in the Fourth Circuit after the district court found that Fola had violated a general statement incorporated into the permit that discharges were to be of “such quality so as not to cause violation of applicable water quality standards.” W. Va. Code R. § 47-30-5.1.f (2009).[1]  The district court found that, based on expert testimony, Fola’s discharge “caused or materially contributed to the impairment of Stillhouse Branch by increasing the conductivity of the stream.” Fola argued on appeal that the narrative requirement of W. Va. Code R. § 47-30-5.1.f did not apply to Fola so long as Fola was in compliance with the specific numeric effluent limits contained in its NPDES permit. The Fourth Circuit disagreed.

Among other things, Fola contended that the Fourth Circuit’s earlier decision in Piney Run Pres. Ass’n v. City Commissioners, 268 F.3d 255 (4th Cir. 2001), supported its position that the NPDES permit shielded it from liability for violations of the general state water quality standards. In Piney Run, the Fourth Circuit established a two-part test for determining whether the CWA’s permit shield applies to a discharge:

a) Did the discharger disclose the pollutants to the permitting agency?; and

b) Is the discharge within the “reasonable contemplation” of that agency?

Fola argued that the permit shield applied because Fola had disclosed the presence of conductivity in its permit renewal application and had complied with the specific effluent limits in its NPDES permit. The Fourth Circuit rejected this argument, finding that:

[W]e did not hold that numerical limitations on specific pollutant discharges constituted the only proper subject of regulation under the Clean Water Act. . . . Nothing in Piney Run forbids a state from incorporating water quality standards into the terms of its NPDES permits. Rather, Piney Run held, as we do today, that a permit holder must comply with all the terms of its permit to be shielded from liability.

Importantly, the Fola Coal Company decision conflicts with the Sixth Circuit’s 2015 opinion in Sierra Club v. ICG Hazard, LLC, 781 F.3d 281. In ICG Hazard, the Sixth Circuit considered an NPDES permit for a coal mine in Kentucky. That NPDES permit set numeric limits on the discharge of several specific pollutants, but only required one-time surface water monitoring for selenium despite the existence of an applicable water quality standard for selenium. Like the NPDES permit issued to Fola discussed above, however, the NPDES permit issued to ICG Hazard incorporated the general state water quality standards.

The Sierra Club brought a citizen’s suit against ICG Hazard after the one-time sampling showed levels of selenium had exceeded the acute water quality standard for selenium. The Sierra Club argued that the permit shield did not apply because the selenium discharge was neither expressly authorized nor reasonably contemplated by the permitting agency. Unlike the Fola case, the district court found that the permit shield did apply.

On appeal, the Sixth Circuit agreed. It found that the CWA permit shield language is ambiguous and that the EPA’s interpretation — that some pollutants can be discharged even though they are not specifically listed in the NPDES permit — must be given deference. The Sixth Circuit found that the permit shield applied, using the Fourth Circuit’s two-part Piney Run test, because the discharger complied with the relevant reporting requirements and the discharge of selenium was within the “reasonable contemplation” of the permitting agency. 781 F.3d at 288-90.

One Sixth Circuit judge in the ICG Hazard case issued a dissent in line with the new Fola Coal Company case. That judge argued that the permit shield was intended to “protect permit holders’ reliance on valid permits by ‘shielding’ them from liability if regulators promulgate more rigorous standards during the term of a valid permit.” 781 F.3d at 292. Selenium, however, was not a random pollutant that the permitting agency could ignore, but a toxic pollutant for which a relevant water quality standard was established. The dissenting judge believed, as the Fourth Circuit panel later found in Fola Coal Company, that permitting authorities may not issue permits allowing a discharge to cause violations of a relevant water quality standard like selenium. “The majority allows the silence of local Kentucky environmental regulators to turn the Clean Water Act on its head,” the judge wrote.

Companies that have NPDES permits should be aware of the conflicting Fola Coal Company and ICG Hazard decisions. These decisions serve to create uncertainty and may embolden environmental groups to file more citizens’ suits to challenge industry’s compliance with general state narrative water quality standards. In short, the Fola Coal Company decision places the heretofore broad scope of the CWA “permit shield” defense at risk. The Supreme Court may need to weigh in to provide clarity and uniformity concerning how the CWA “permit shield” defense applies.

Until then, dischargers should be aware that their failure to meet general state narrative water quality standards may be deemed to violate the CWA even if they are otherwise meeting the specific effluent limits set forth in their NPDES permits.

[1] The relevant narrative water quality standard involved: 1) “materials in concentrations which are harmful, hazardous or toxic to man, animal or aquatic life”; and 2) “any other condition . . . which adversely alters the integrity of the waters of the State including wetlands; no significant adverse impact to the chemical, physical, hydrologic, or biological components of aquatic ecosystems shall be allowed.” W. Va. Code R. § 47-2-3.2.e and 3.2.i (2016).

If you have questions regarding this article or Clean Water Act and NPDES permits generally, please contact Eric Boyd or Paul Sonderegger in Thompson Coburn’s environmental practice area.