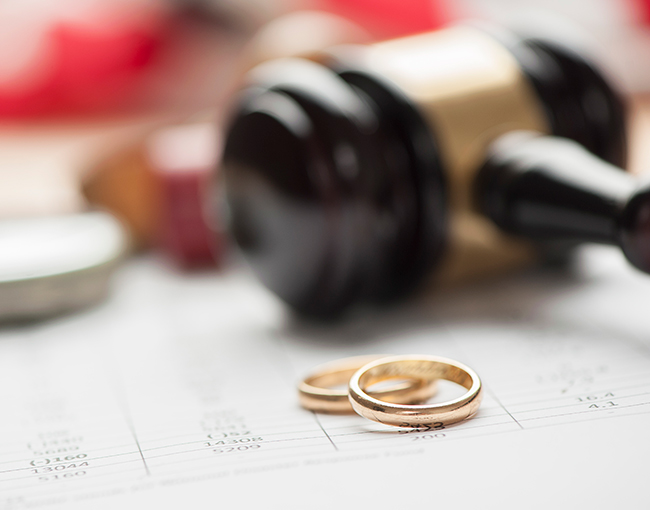 For most people, a child’s wedding is one of those great life moments that is filled with months of planning and excitement. However, for people who own a family-owned business, the old myth that 50 percent of marriages end in divorce might cause some anxiety and a visit to an attorney. In Missouri, as with most other states, there is a presumption under the law that marriage is an economic partnership. This economic partnership gives a child’s spouse certain economic rights upon dissolution of the marriage and at a child’s death.

Generally, the economic rights of a spouse are controlled by state law and vary from state to state. Owners of family-owned businesses are diligent in protecting their businesses and wealth from creditors by purchasing insurance and operating through entities such as corporations, limited liability companies and limited liability partnerships; however, they sometimes fail to protect their business from a different type of potential “creditor” -- a child’s spouse.

In Missouri, the principal marital right is the right to a fractional share of the deceased spouse’s “estate.” Generally, the surviving spouse is entitled to one-half of the estate if there are no children of the marriage; or one-third of the estate if there are children of the marriage. However, the “estate” is not necessarily the totality of a deceased child’s assets. As an example, property owned by a child’s revocable trust prior to marriage would not be considered as part of such child’s “estate” against which a spouse would have a fractional interest.

By contrast, property titled solely in a child’s individual name, that does not pass by operation of law at death (by beneficiary designation or otherwise), would be considered as part of such child’s “estate.” To prevent a deceased spouse from impoverishing the surviving spouse by transferring assets to others, including a revocable trust, Missouri allows certain property to be pulled into the “estate” if the surviving spouse can show the transfer was made “in fraud of the surviving spouse’s marital rights.”

Child’s Estate Plan. A child should create a revocable trust and transfer all property owned by the child, including any interest in the family-owned business, to the revocable trust prior to contemplation of marriage. The assets (excluding income earned) of the revocable trust should remain the separate property of the child for divorce purposes and should be excluded from the child’s “estate” for purposes of determining the surviving spouse’s rights in the assets at the child’s death. The child should be careful not to withdraw the trust-owned assets and commingle them with other assets owned by the child or the child’s spouse, including adding spouse as an owner of such assets. Note that a transfer of property of a child to the child’s revocable trust after the marriage or close in time to marriage may be challenged by the spouse after the child’s death as a transfer intended to deprive the spouse of marital rights.

Parent’s Estate Plan. Any interest in the family-owned business that a parent wants to give a child should be given to such child in a trust that will remain in existence for the lifetime of the child. As long as the trust is drafted carefully, the property held in trust will not be subject to claims of a spouse in the context of a divorce or at death because the child does not “own” the property. Although, the assets of the trust are protected, the income distributed by the trust to a child is likely to be considered marital property in a divorce proceeding and subject to division by a court.

Lacey Searfoss is a partner at Thompson Coburn with extensive experience in all aspects of estate planning, estate and trust administration, and charitable giving.