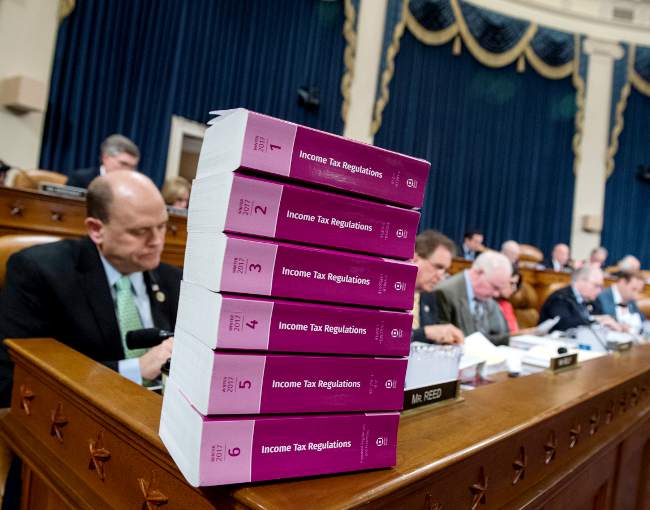 On December 22, 2017, President Trump signed into law what is commonly known as the Tax Cuts and Jobs Act — perhaps a holiday gift for some or a lump of coal for others.

Much of the political and journalistic debate about the positive or negative impact of the law has focused on its multitude of disconnected business and individual income tax provisions. And for good reason; the vast majority of the 494-page law covers income tax matters, everything from tax rates to standard deductions to state taxes to mortgage interest to pass-through entities to alimony to methods of determining inflationary adjustments and on and on and on. It is difficult to imagine any adult American who will not be impacted by the law.

One aspect of the law has received much less attention – its changes to the estate, gift and generation-skipping transfer taxes. There are a few reasons these changes receive less publicity. The changes are few. The number of people to whom these taxes apply is few (relative to the general population). And estate, gift and generation-skipping transfer taxes are generally misunderstood by the mainstream press. But, for our clients, these changes can be profound.

The changes can be summed up very succinctly: The estate, gift and generation-skipping transfer tax exemptions have doubled. Under the law, and beginning in 2018, each individual can pass approximately $11.18 million during life, at death, or in some combination thereof free of estate, gift and generation-skipping transfer tax. Married couples can transfer approximately $22.36 million. These amounts will increase annually for inflation.

As we previously stated, only a certain subset of the population will be affected by the change. In 2016, there were only approximately 12,000 federal estate tax returns filed. Of those, only about 4,000 were for estates in excess of $10 million. Therefore, the number of people subject to the estate tax under the new law will dramatically decline. But, as Congress giveth, Congress taketh. The increases in exemptions only last until December 31, 2025. After that, and barring future legislative action, exemption amounts return to 2017 levels (with intervening annual inflationary adjustments).

The increases in exemptions and planned reversion to 2017 levels lead to two immediate planning considerations.

First, many of you may not have revisited your estate plan in many years and the estate tax may no longer be a concern. For married couples, your plan may cause assets to pass to two trusts at the first death. One trust is designed to use the first-to-die’s estate tax exemption and will be for the benefit, but not be included in the estate, of the surviving spouse. Such trusts often are called Bypass Trusts or Credit Shelter Trusts.

With the dramatic increase in estate tax exemption since 2012 (including under the new law), this type of plan may cause all assets of the first to die to pass to the Bypass or Credit Shelter Trust. From an estate tax planning perspective, that still works. But that plan does not maximize income tax planning because the Bypass or Credit Shelter Trust will not be included in the surviving spouse’s estate, thereby missing an opportunity for a second step-up in basis and not eliminating income tax on the appreciation since the first death. There may be recommended changes to your plan that allow for maximum estate and income tax planning and accommodate the future reversion to the 2017 law.

Second, for those of you who have significant assets, you should consider planning opportunities to utilize the additional gift tax exemption before the exemption reverts to 2017 amounts. The new law will allow you to immediately remove over $5.5 million ($11 million for married couples) from your taxable estate (saving over $2.2 million (or $4.4 million for couples) in estate tax). While this opportunity will last until December 31, 2025, the sooner you act the better. Acting now will remove the $5.5 million (or $11 million) and all post-transfer growth from your estate. There are many planning opportunities to take advantage of the increased exemption.

This is just a very high-level discussion of the changes brought about by the law. Individual circumstances will dictate what kind of planning, if any, is warranted because of the law. We strongly recommend that you contact your advisor about how these, and other, changes impact your estate planning.