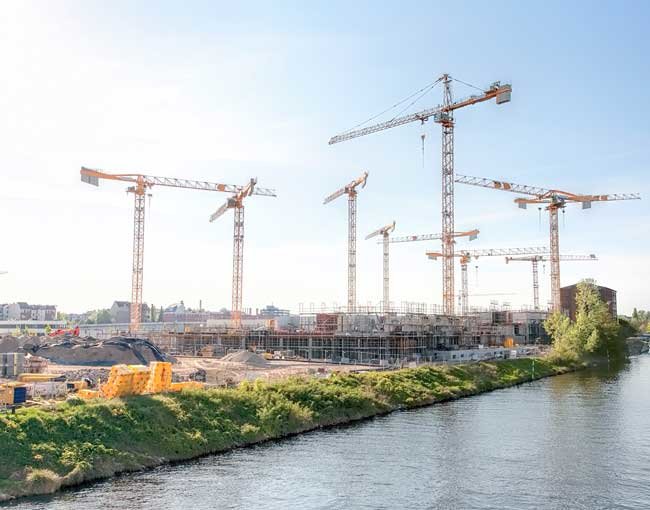 On December 11, 2018, the United States Environmental Protection Agency (EPA) and United States Department of the Army, Corps of Engineers (Corps) released for publication a new proposed “Waters of the United States” rule (WOTUS Rule) pursuant to their respective authorities under the Federal Water Pollution Control Act, 33 U.S.C. § 1251, et seq., also known as the Clean Water Act (CWA). If finalized in its current form, the new WOTUS Rule may have a profound effect on real estate developers, open new areas for development and construction, and reduce project costs.

Under the CWA, “the discharge of any pollutant by any person shall be unlawful.” 33 U. S. C. § 1311(a). “The discharge of a pollutant” is defined broadly to include “any addition of any pollutant to navigable waters from any point source.” 33 U.S.C. § 1362(12). Particularly relevant to real estate developers in projects involving creeks, ditches, ponds, and wetlands, “[t]he Secretary [of the Corps] may issue permits, after notice and opportunity for public hearings, for the discharge of dredged or fill material into the navigable waters at specified disposal sites.” 33 U.S.C. § 1344. “Navigable waters” are defined as “the waters of the United States, including the territorial seas.” 33 U.S.C. §1362(7). While “navigable waters” is defined, therefore, “waters of the United States” is not defined, leaving presidential administrations from Nixon to Regan, and then Obama to Trump, to wrestle with the scope and jurisdiction of the EPA and Corps in interpreting the meaning of “waters of the United States.”

In 2015, under the Obama Administration, the EPA and the Corps re-wrote and expanded the WOTUS Rule rule to include: (1) tributaries that have physical signs of flowing water, even if they don’t run all year round, and ditches that “look and act” like tributaries; (2) expanded EPA oversight to any body of water within 1,500 feet of another water body already covered by the rule; and (3) extended protections to regional water features, such as prairie potholes and coastal bays. This proved controversial, because the agricultural, manufacturing, and real estate development industries found the 2015 rule to be a massive expansion of EPA and Corps regulatory oversight.

The new WOTUS is not yet in effect, the mandatory sixty (60) day comment period has not yet begun, and the process may be delayed further as the partial government shutdown continues. Developers with projects near possible “waters of the United States” will be greatly served by exercising caution and engaging qualified environmental and real estate attorneys who can help them address (a) whether their projects affect “waters of the United States” under the applicable rule and future rule, and (b) if they do, what permits and approvals are necessary from appropriate regulatory authorities.

However, if the new proposed 2018 WOTUS Rule becomes final, real estate developers and the construction industry should be enthusiastic, as it may be easier to: (1) obtain concurrence from the Corps that a project will not impact a jurisdictional waterways or wetlands; and (2) that projects in certain wetlands and along ditches and intermittent creeks may no longer need a) certain permits, b) expensive mitigation credits, and c) approvals from the Corps, EPA, and delegated state environmental authorities. That will open new opportunities for development, save project development costs, and provide routes for previously stalled projects to move forward and become reality.

If you have questions regarding this alert or the new proposed “Waters of the United States” Rule, please contact Paul Sonderegger in Thompson Coburn’s Environmental practice area.