Home > Insights > Publications > A student athlete’s fight against the system 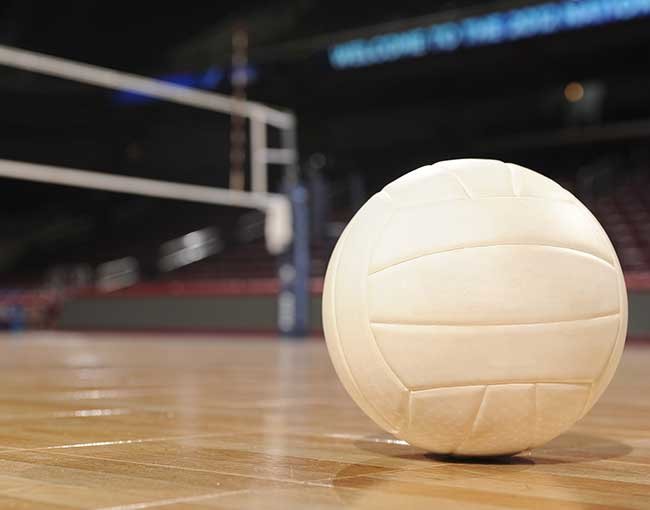 A student athlete’s fight against the system

This article originally appeared in Volume 16, Issue 13 of the Sports Litigation Alert.

When it comes to college athletics, I often find myself asking, “What about the student-athlete?” To some college coaches and administrators, these hard-working 18- to 22-year-old men and women are treated first as athletes and secondarily as students, with too little regard for their well-being.

Recently, I represented a female volleyball player who attended an Atlantic Coast Conference (ACC) school. Her story illustrates the problem that many college athletes face while navigating their college careers — the imbalance in power between coaches and young athletes.

It all began when I got a blind call from a concerned mother. Initially, I thought this was a call from a protective parent upset that her daughter wasn’t getting enough playing time, a fairly common scenario among collegiate athletes. Instead, the mother detailed the treatment her daughter endured from the coaching staff at her school.

According to the player, one of her coaches physically assaulted her during a practice, grabbing her and shaking her. As is routine these days, someone recorded the encounter, so there was some visual evidence of what transpired. Despite the assurances that the incident would be investigated, the campus police determined the coach’s actions were not severe enough to be characterized as assault. That decision was reached without interviewing the player or her teammates.

When the volleyball sports supervisor was brought into the situation, she assured the athlete and her mother that they would look into the incident, as this wasn’t the first time the athlete felt “singled out by the coaching staff.” Yet within days of the alleged assault, the head volleyball coach sent an email to the athlete stating that she would be removed from the roster and her scholarship would be canceled after the spring semester. The sports supervisor endorsed the head coach’s plan in a follow-up email, informing the athlete that she should “look for a new program.”

The sports supervisor determined that the physical touching by the coach was done in a non-threatening manner and was permissible because the team had a culture of “a lot of high fiving and affectionate hugs.” With today’s heightened awareness of #MeToo scenarios, this inadequate investigation was unacceptable, and it left the student-athlete without an advocate.

Upset by the news, the player and her mother decided they needed the assistance of counsel, believing that the school would take their concerns more seriously if lawyers were involved. I agreed to help the family appeal the decision. As is allowed by the university’s policies, we immediately appealed the sports supervisor’s findings to the athletic director.

The AD responded within one day, saying that the department had accepted the findings of the sports supervisor and concluded there was no improper physical confrontation. The AD reached this conclusion without talking to a single person. Furthermore, she wrote that she would not communicate with the athlete’s attorney but referred further communications to university’s assistant general counsel (AGC).

The assigned AGC was very professional and took time to listen to our concerns. We agreed that we would try to ascertain the facts, both acknowledging we were only getting one side of the story from our respective clients. At one point, the AGC told me that the team was cancelling the athlete's scholarship because the head coach felt the athlete was a “bad actor,” a bad student and not a good “fit” for the program. When I informed the athlete of the AGC’s comments, she sent me her transcript, which showed that her first semester grades were poor, but she had substantially improved her grades over the next three grading periods.

The drawn-out appeal process caused a sense of panic by the athlete, and eventually prompted her to submit her name to the transfer portal so she could continue her education, play volleyball, and receive another scholarship. After the school was notified of the transfer submission, the school immediately sent the athlete an official notice cancelling her scholarship — providing no reason for the cancellation other than a notice that the student-athlete had 20 days to appeal the decision per the university’s policies, regulations and rules.

With my assistance, the athlete prepared her response, arguing that the financial aid cancellation was in violation of NCAA bylaws and university policy for canceling student-athlete financial aid. The athlete argued that there was “no reason set out for this decision, despite repeated request for this information” and that she could “reach no other conclusion then that my scholarship was cancelled for athletic reasons,” which is not an appropriate reason for cancellation (see NCAA Bylaw 15.3.5.2). She wrote, “I was not ineligible for competition; did not fraudulently misrepresent any information; did not engage in serious misconduct warranting substantial disciplinary penalty; nor violate any conditions outlined in the financial aid agreement.”

Consequently, she argued that the coaching staff systematically mistreated her and subjected her to disparate treatment. The head coach belittled her with late night phone calls and emails, writing that her “life was a mess,” and that her scholarship would be canceled after the spring semester.

The university based its cancellation argument solely on the intent to transfer and the submission to the portal, and they submitted an email where the athlete acknowledged she had read the handbook’s section on transferring. The school argued that the student-athlete’s argument that she was pressured into transferring was “without merit.”

However, they presented no argument that the cancellation was “both reasonable and appropriate, in light of the alleged policy and/or rule violations due to student-athlete behavior.”

A hearing date was set, and was to be coordinated by the director of the office of scholarships and financial aid by convening a panel “comprised of at least three voting members from the scholarship and aid committee.” The university’s rules and policies governing the hearing are in part as follows:

Based on these rules, it’s clear that the process is stacked against the student-athlete. It puts an 18- to 22-year-old student in the position of arguing her case alone against her coach and other athletic administrators, who have experience in participating in hearings. The rules specifically preclude the student-athlete from having the assistance of an attorney at the hearing.

Despite being extremely nervous and stressed, the athlete was committed to seeing the hearing through. Together, we prepared the opening statement for her to deliver. We anticipated the questions the panel might ask, and drafted a closing statement. Within the prescribed period, a decision was reached. The panel overturned the cancellation of the financial aid and ruled that the student-athlete would receive her financial aid through the time she was promised.

The panel refused to rule on several other issues raised by the student-athlete, including reimbursement for financial aid that was previously reduced after the athlete’s initial enrollment. To even get to this point where the aid has been reinstated, her mother has incurred legal and educational expenses they would not have incurred if it weren’t for the behavior and treatment of the university and the volleyball staff. This issue was left unresolved.

The outcome of the hearing was a good result for the athlete, but not necessarily a satisfying one for an athlete who wants to play collegiate volleyball. Transferring from a non-revenue sport is a challenging task. Limited funds are available for these transfer athletes. As of this writing, the athlete has not found a school where financial aid might be available for next season.

The NCAA has been informed and we await their reaction.