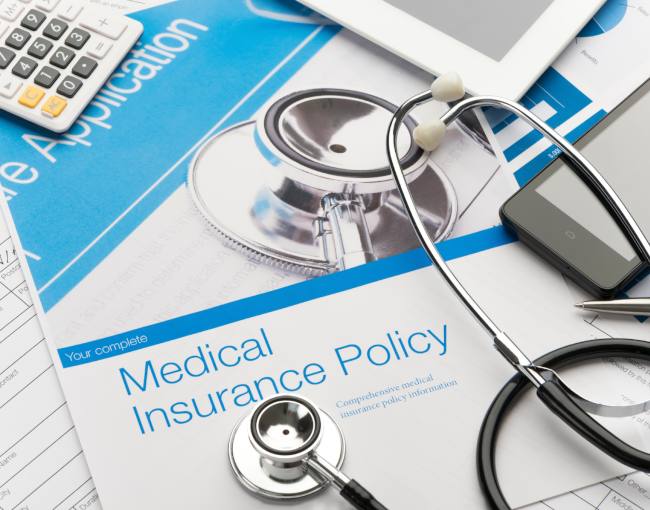 Seven things employers should know about Medicare for All

A version of this article previously appeared in the October 2019 issue of Employee Benefit Plan Review.

In the second round of debates between the presidential Democratic candidates held on July 30 and July 31, 2019, policy disagreements over the future of the U.S. health care system were front and center. Candidate proposals ranged from expanding the Affordable Care Act to a Medicare Buy-in Option to Medicare for All. Of the proposals, Medical for All has generated a considerable amount of post-debate discussion and controversy, in large part because, if adopted, it would eliminate employer-based health coverage.

Medicare for All would have a significant impact on business operations of employers in the U.S. It is too early to tell whether such impact would be positive or negative. The following are seven factors that employers should consider in reviewing any Medicare for All proposal.

Although the railroad and mining industries provided medical assistance to its workers in the 1800s, the department store retailer Montgomery Ward is credited with establishing one of the first employer-based group health plans in 1910. The International Ladies’ Garment Workers’ Union established one of the first union-based group health plans to its members in 1913. Another boost in employer-based health plans occurred during World War II, when employers used health benefits to attract workers without violating the wartime wage controls.

Both Congress and the federal courts have contributed to the growth of employer-based health benefits. The Revenue Act of 1939 provided that benefits received by employees were excludable from taxable income. Later, the Revenue Act of 1954 provided that employer contributions to employee group health plans were excludable from the employees’ taxable income and clarified that health benefits provided by employers were deductible business expenses.[1] In 1949, the U.S. Supreme Court let stand a decision by the U.S. Court of Appeals for the Seventh Circuit upholding the ruling of the National Labor Relations Board that employee benefits constituted wages and were subject to mandatory collective bargaining.[2]

It was not until 1965 that the federal Medicare and Medicaid programs were added to the Social Security Act.[3] The Medicare program provided benefits to elderly individuals and was subsequently expanded to disabled individuals in 1974. The Medicaid program provided benefits for poor individuals who qualified for other welfare programs. Although a mandatory national health program has been considered a number of times, such a program has not yet been adopted by Congress.

According to the American Benefits Council, among the advanced economies of the world, the United States stands out because of the important role that employer-based benefit plans play in providing health and retirement benefits to its citizens. Based on the September 2018 estimates issued by the U.S. Census Bureau, 56 percent of the U.S. population received benefits through an employer-based health plan in 2017.[4] During the same period, only 19.3 percent received benefits under Medicaid, followed by 17.2 percent under Medicare, 16 percent through individually purchased health coverage and 4.8 percent via military coverage.[5]

Medicare does not cover the following expenses often covered under employer-based health plans:

In addition, Medicare does not cover long-term care benefits, such as assisted living facilities, nursing homes or home health care. More significantly, Medicare does not currently include an out-of-pocket limitation on health expenditures incurred by covered individuals. For this reason, many Medicare recipients supplement their health coverage through other sources, such as Medicare supplement plans. Currently, about three in 10 Medicare beneficiaries receive supplemental coverage via employer-based or union-sponsored health plans.

Based on the above, if Medicare for All merely mirrors the current level of benefits provided to Medicare recipients, individuals formerly covered by employer-based health plans could have significant gaps in coverage and be exposed to the risk of catastrophic health expenses unless they purchase supplemental plans (assuming all employer-based plans are eliminated).

It is also difficult to determine how Medicare for All will compare to employer-based coverage of specific medical conditions. Although conditions, such as cancer, will be covered, it is impossible to know at this time if Medicare for All will cover the same specific treatments covered under employer-based plans. In addition, Medicare requires that treatments be “reasonable and necessary,” which is determined by private contractors hired in each of 16 regions of the U.S. Whether “reasonable and necessary” will be uniformly determined across all regions and whether the standard will correspond to the “medically necessary” standard in many employer-based health plans is difficult to predict at this time.

The New York Times asked several economists and think tanks to estimate the cost of Medicare for All. In an article earlier this year, The Times found great disparity of their responses.

The significant differences in the estimates are likely driven by the numerous factors impacting the cost of Medicare for All and the varying assumptions made by the experts with respect to these factors.

For many years, the Kaiser Family Foundation has conducted a survey about attitudes toward national health care programs. Although 51 percent of the individuals polled in July 2019 supported a Medicare-for-All health program, this number represents a drop from a 56 percent favorable rating in January 2019 and an 8 percent drop from the 59 percent favorable rating in March 2018.

These attitudes were also reflected in a NPR/PBS NewsHour/Marist Poll for July 15 through July 17, 2019 in which only 41 percent expressed support in response to a question about a Medicare for All program that replaces all private health insurance.

The July 2019 Kaiser Family Foundation survey indicates that 76 percent of those interviewed viewed their employer-based health benefits favorably. Those covered by employer-based plans, rated their care under such plans as excellent (36 percent) or good (50 percent).

Some candidates have touted the health care systems of other countries as support for their position that Medicare for All is the best solution for providing high quality health care to all Americans. Although a comprehensive discussion of this topic is beyond the scope of this article, there is evidence that some single payor systems in other countries are facing serious issues. A recent CNN article suggested that the 130-year old health care system in Finland faces economic challenges that could jeopardize the quality of the health system. In the article, the governor of the bank of Finland warns that health care reform is urgent “from the point of view of fiscal sustainability.” The CEO of the largest hospital in Finland states:

Finns are having less and less children. People are getting older. So we need more people here because we need taxpayers. So if you think of sustainability, either we get more people to Finland or we have to cut the cost.

Similar issues have been raised with respect to Britain’s National Health System (NHS). A May 2018 article published by the BBC was titled, “10 charts that show why the NHS is in trouble.”

With any policy proposal by a presidential candidate, the devil is in the details. And, as the electorate knows, campaign promises do not necessarily translate into legislative reality. Nevertheless, it is prudent for employers to become better informed about how a Medicare for All system could impact their employees and business operations and possibly take a proactive role in shaping any future changes to the U.S. health care system.

[3] Title XVIII and Title XIX of the Social Security Act