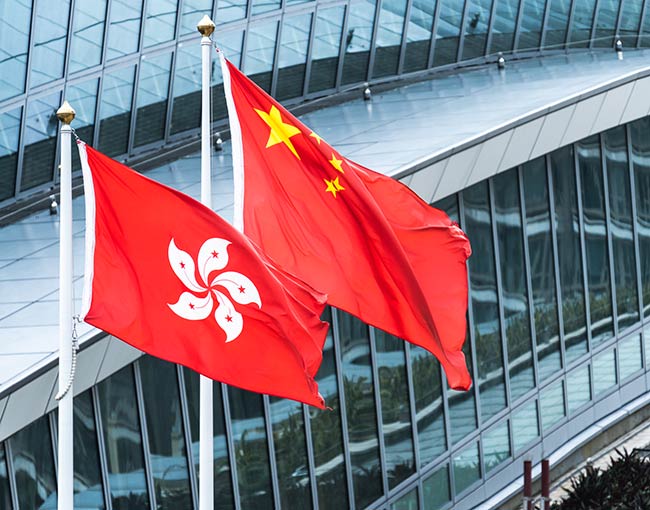 Pursuant to the United States-Hong Kong Policy Act of 1992, the U.S. has afforded Hong Kong with special status as compared to the People’s Republic of China (“China”). In response to China’s imposition of national security legislation on Hong Kong, the President issued Executive Order 13936 ("EO 13936") (July 14, 2020), suspending special status under certain U.S. laws. This article analyzes whether the suspension of special treatment with respect to 19 U.S.C. §1304 will subject goods of Hong Kong to the additional duties currently imposed on Chinese goods pursuant to Section 301 of the Trade Act of 1974 (“Section 301 Duties").[1]

19 U.S.C. §1304 imposes the requirement to mark all articles of foreign origin “in such manner as to indicate to an ultimate purchaser in the United States the English name of the country of origin of the article.” EO 13936 suspends all differences between the way that Hong Kong and China are treated for purposes of that statute. The clearest interpretation of this suspension indicates that, upon the implementation of this portion of EO 13936, CBP will require goods from Hong Kong to be marked as “Made in China”, as such direction would eliminate differential treatment between Hong Kong and China under 19 U.S.C. §1304.

The question that often follows this assertion is whether goods produced in Hong Kong will, therefore, be subject to Section 301 Duties, as these items would have been substantially transformed in Hong Kong by application of 19 U.S.C. §1304, as modified by EO 13936. For the reasons outlined below, it is unlikely that EO 13936 authorizes the imposition of Section 301 Duties on goods of Hong Kong origin.[2]

EO 13936 states that “the Special Administrative Region of Hong Kong (Hong Kong) is no longer sufficiently autonomous to justify differential treatment in relation to the People’s Republic of China (PRC or China) under the particular United States laws and provisions thereof set out in this order." (emphasis added). Therefore, on its face, EO 13936 only applies to the statutes enumerated in the executive order. EO 13936 does not make any reference to Section 301 of the Trade Act of 1974 (19 U.S.C. 2411). If EO 13936 was intended to extend Section 301 Duties to goods of Hong Kong origin, it could have referenced that particular United States law.

Section 301 Duties were imposed on goods from China in response to specific determinations regarding actions by China (or Chinese businesses) at a specific time. Hong Kong was not considered to be part of China, under U.S. law, at the time of the investigation. Therefore, the findings in those cases are not applicable to Hong Kong or its businesses. The administration has provided no basis for extending these duties to goods produced by an area that was considered to be separate from China at the time that the investigation was conducted, and has made no claim that at the time of the Section301 investigation, Hong Kong had in place any act, policy or practice that "violates an international trade agreement or is unjustified, unreasonable, or discriminatory, and that burdens or restricts U.S. commerce." 19 U.S.C. 2411(a)(1)(B).

Furthermore, CBP has already established the principle that the country of origin marking determination is distinct from the determination of whether Section 301 Duties apply to the goods. For example, in HQ H301619 (November 6, 2018), CBP examined whether a motor that qualified to be marked as “Made in Mexico” under the NAFTA marking rules of origin, 19 CFR Part 102, were nonetheless, subject to Section 301 Duties, because the components had not been substantially transformed in Mexico, and therefore might be Chinese origin for purposes of Section 301.

[2] We note that at the time of publication, press resources are reporting that CBP’s rule published pursuant to EO 13936 will not require Section 301 Duties to be paid on goods of Hong Kong origin.