Home > Insights > Publications > Lawyering in color: The ethics of diversity and inclusion 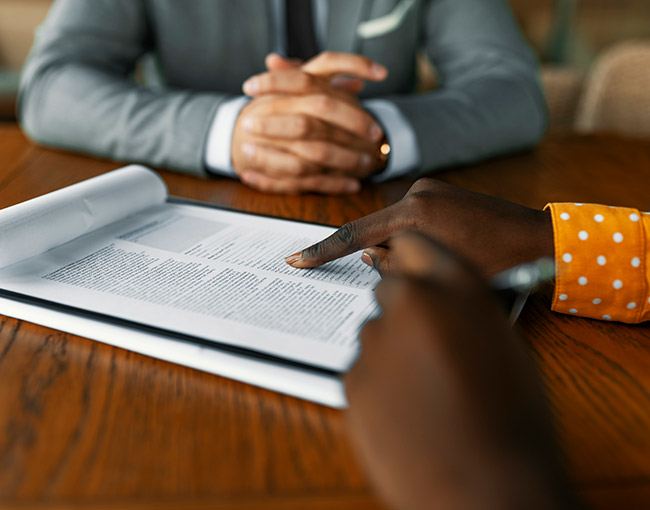 Lawyering in color: The ethics of diversity and inclusion

A version of this article originally appeared in Labor and Employment, Volume 48, Number 3, Spring 2020.

In the middle of depositions for an OSHA case involving a farmworker sickened by heat stress, the deponent—the worker’s supervisor—testified on the record: “These Mexican workers are made for this kind of labor.” The deposing attorney, a Latinx woman, reeled in shock from this racialized statement. Yet the deponent’s attorney said nothing, and the deposition continued.

For attorneys of color, this story, while shocking, is not surprising or uncommon. And until very recently, there was no explicit recourse for this kind of misconduct. That changed in August 2016, when the American Bar Association formally adopted Model Rule 8.4(g). Under Rule 8.4(g), it is professional misconduct for a lawyer to:

(g) engage in conduct that the lawyer knows or reasonably should know is harassment or discrimination on the basis of race, sex, religion, national origin, ethnicity, disability, age, sexual orientation, gender identity, marital status or socioeconomic status in conduct related to the practice of law. This paragraph does not limit the ability of  a lawyer to accept, decline or withdraw from a representation in accordance with Rule 1.16. This paragraph does not preclude legitimate advice or advocacy consistent with these Rules.

Before this addition, the Rules did not directly or expressly address discriminatory conduct in the legal field. Rule 8.4(d) came close, as it prohibited lawyers from engaging in “conduct that is prejudicial to the administration of justice.” The comments to Rule 8.4(d) clarified that “[a] lawyer who, in the course of representing a client, knowingly manifests, by words or conduct, bias or prejudice based on race, sex, religion, national origin, disability, age, sexual orientation, or socioeconomic status violates paragraph (d) when such actions are prejudicial to the administration of justice.” However, these admonitions were limited to the “administration of justice.”

The ABA’s adoption of Rule 8.4 (g) has met significant resistance on the state level. Only two states—Vermont and Maine—have adopted Rule 8.4(g), though Maine’s version varies from the ABA Rule. It does not prohibit discrimination based on marital or socioeconomic status, and does not proscribe conduct in bar association, business and social activities. American Samoa, the Northern Mariana Islands, and the U.S. Virgin Islands have also adopted Rule 8.4(g). While California did not outright adopt Rule 8.4(g), its Rule 8.4.1 has very similar language prohibiting discrimination, harassment or retaliation based on protected categories such as race, gender, race, religion, sexual orientation, gender identity and physical disability, among others.

At least six states rejected the Rule. The Montana state legislature passed a resolution stating the Rule “seeks to destroy the bedrock foundations and traditions of American independent thought, speech, and action.” The Texas Attorney General wrote that “candid dialogues about illegal immigration, same-sex marriage, or restrictions on bathroom usage will likely involve discussions about national origin, sexual orientation, and gender identity. Model Rule 8.4(g) would subject many participants in such dialogue to discipline…” The Texas Attorney General also claimed the Rule would restrict attorneys from representing faith-based organizations that oppose same-sex marriage.

The significance of Rule 8.4(g) cannot be understated. Codifying the prohibition of discriminatory behavior in not only the practice of law, but also in the management of legal practices and interactions with legal professionals, sends a clarion call to the legal industry that discrimination—an expansive term that includes an array of misconduct—is inconsistent with the code of ethics to which attorneys are bound. The addition of gender identity and marital status grants additional protections to entire populations that have been historically excluded from the reach of the law. Moreover, the ABA’s backing of Rule 8.4(g) adds the necessary heft to trigger realignment and, where applicable, eradication of behaviors that are antithetical to the ethos of this industry and the spirit of the ABA Preamble’s call to action.

As mentioned above, Rule 8.4(g) proscribes intentional conduct. The Rule specifically encompasses conduct that a lawyer “knows or reasonably should know” constitutes discrimination. But, what about unintentional conduct? The employment field is encountering an increasing number of lawsuits premised upon an implicit bias theory. For example, in 2018, a St. Louis jury awarded $8.5 million to an African American female employee who claimed, among other things, that she was passed over for a promotion in favor of a younger, white female coworker with less experience and education. Notably, the plaintiff did not receive any direct racist comments while at work. Instead, her case was premised on implicit bias—the idea that her supervisors treated her differently through subtle microaggressions.

Implicit bias has a long-documented history in our society. On its face, Rule 8.4(g) does not expressly cover implicit bias. Yet the workplace microaggressions through which implicit bias operates are ever-present and continue to destabilize the most vulnerable members of the legal industry: those who are the most underrepresented and least powerful. As the Preamble to the Model Rules makes clear, there are societal factors that adversely impact access to legal resources. Those same factors also infiltrate and influence the demography of the legal field and the dearth of diversity among firm leadership.

Over the last decade, the legal industry’s demographics have continued to diversify. Despite that trend, there are still stark disparities in representation. According to the 2019 National Association for Law Placement Report on Diversity in U.S. Law Firms, approximately 61% of male partners are equity partners while only 47% of women partners are equity partners. In 2018, nearly 71% of all partners were White men. In 2019, 25.44% of associates were people of color while only 9.55% of partners are people of color. Of that number, 3.89% of partners identify as Asian, and 2.52% identify as Latinx. Approximately 1.22% of partners are Black men. With respect to diversity among women, the numbers are even more troubling. National Association for Law Placement (NALP) reports that 20.3% of equity partners are women.

Thus, while the movement of ensuring diversity and inclusion in the legal profession has achieved tangible results, the numbers show that more needs to be done. On November 1, 2019, attorney David Douglass introduced a revised Model Rule 8.5, which provides:

This proposed rule highlights critical steps needed to eliminate bias. Examples of such efforts include, but are not limited to: adopting measures to promote the identification, hiring and advancement of diverse lawyers and legal professionals; attending CLE and non-CLE programs concerning issues of discrimination, explicit and implicit bias and diversity; and active participation in and financial support of organizations and associations dedicated to remedying bias and promoting equality, diversity and inclusion in the profession. Though the rule has not been adopted, its underlying intent is embodied in several initiatives in the industry. Notably, in 2016, the ABA House of Delegates passed Resolution 113, which urged “providers of legal services” to “expand and create opportunities at all levels of responsibility for diverse attorneys.” The Resolution also implored clients to “assist in the facilitation of opportunities for diverse attorneys, and to direct a greater percentage of the legal services they purchase, both currently and in the future, to diverse attorneys.” These are the types of intentional, purpose-driven initiatives that will be required in order to reverse decades of routine underrepresentation.

In addition, Diversity Lab has implemented the Mansfield Rule 3.0: a certification that “measures whether law firms have considered at least 30% women, attorneys of color, LGBTQ+, and lawyers with disabilities for leadership and governance roles, equity partner promotions, formal client pitch opportunities, and senior lateral positions.” The Mansfield Rule seeks to increase the representation of diverse lawyers in law firm leadership, requiring participating law firms to broaden their candidate pool. Centering the active promotion of diverse attorneys as an organizational goal will help halt, if not reverse, rates of attrition among minorities who often become displaced in large law firm settings due to lack of access.

Finally, legal businesses that offer mentorship programs often experience increased retention among their diverse attorneys. However, to have meaningful impact, mentorship must involve sponsorship: attorneys in positions of influence taking active roles in the careers of minority attorneys by providing them with significant, career-advancing work, client-facing opportunities and critical feedback. Minority attorneys often find themselves out-of-synch with their peers because they have been excluded from the social spheres where informal relationships develop and, consequently, work is assigned. Dismantling exclusionary work silos, along with the implementation of deliberate and earnest investment in career success, are prerequisites to undoing the microaggressions that are so often visited upon minority attorneys.

All employers and practitioners in the legal field should work towards creating inclusive environments whether in the office, in the courtroom or at a happy hour. Not doing so not only leads to lack of retention and leadership from diverse attorneys, but could also lead to professional repercussions for attorneys as the ABA and State Bar Associations create and adopt model rules that provide recourse for those subject to such discrimination.

Nelson Williams is a partner at Thompson Coburn LLP and represents employers in various aspects of employment law and litigation. Shelly C. Anand is a supervising staff attorney at the Tahirih Justice Center where she represents immigrant victims of gender-based violence and provides support to other members of the legal team as well as pro bono attorneys.

Published in Labor and Employment, Volume 48, Number 3, Spring 2020. © 2020 by the American Bar Association. Reproduced with permission. All rights reserved. This information or any portion thereof may not be copied or disseminated in any form or by any means or stored in an electronic database or retrieval system without the express written consent of the American Bar Association.