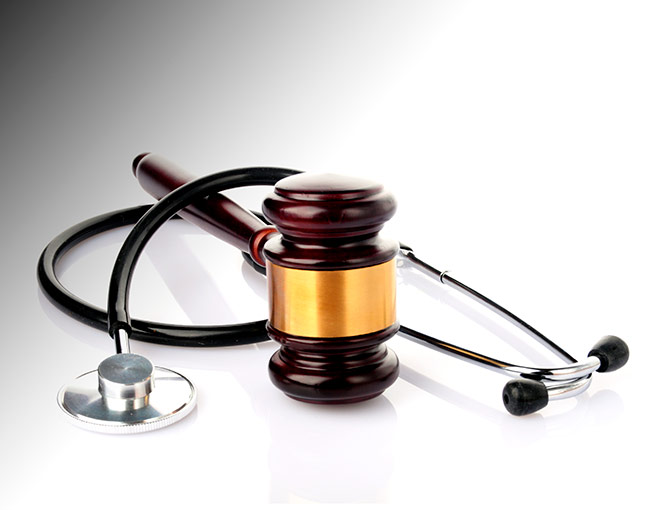 What can recent FCA decisions tell us about the Seventh Circuit pleading standard for health care billing fraud claims?

False Claims Act (“FCA”) complaints are subject to the heightened pleading requirements of Rule 9(b), Universal Health Servs., Inc. v. United States, 136 S. Ct. 1989, 2004, 195 L. Ed. 2d 348 (2016). But circuits are split on whether that requirement should be relaxed for relators, or whistleblowers, who lack direct access to the alleged fraud.

The Fourth, Eighth, and Eleventh circuits seemingly apply Rule 9(b) more rigidly, while the First, Third, Fifth, Sixth, Seventh, Ninth and Tenth circuits have a more flexible approach. In 2019, the U.S. Supreme Court was expected to resolve this split, but before the Court issued its decision, the parties settled, leaving the circuit split in place. In this article, we examine recent decisions that illustrate a possible shift in the Seventh Circuit’s pleading standard.

Background: The FCA pleading standard in the Seventh Circuit

The Seventh Circuit established its position in U.S. ex rel. Lusby v. Rolls-Royce Corp., 570 F.3d 849, 854 (7th Cir. 2009), ruling that the relator need not include details from invoices because the relator did not work in the defendant’s accounting department. This view was more recently reiterated in United States, ex rel. Rose Presser v. Acacia Mental Health Clinic, LLC, 836 F.3d 770, 778 (7th Cir. 2016). In Presser, the relator was a nurse practitioner whose job duties did not give her access to billing procedures. Therefore, the court did not require the complaint to include all the transaction-level details of the alleged billing fraud.

The most recent case to rely on the Presser exception is United States of America & the State of Indiana ex rel. Dion Snider, v. Centers for Pain Control, Inc. & Chetan Puranik, M.D., No. 2:18-CV-210, 2021 WL 1783314, at *5 (N.D. Ind. May 5, 2021). The court permitted the complaint to survive even though it did not include details of any specific bill sent to Medicare or Medicaid. The relator was a member of the marketing team — not the billing team — so the Court found sufficient allegations that 90% of the defendant’s patients were Medicare or Medicaid recipients and six specific patient names that were included in the complaint.

The relaxed standard set by Lusby and Presser is routinely cited by the Seventh Circuit and the district courts, but relators are not always able to escape the heightened Rule 9(b) standard. For example, in United States ex rel. Berkowitz v. Automation Aids, Inc., 896 F.3d 834, 841 (7th Cir. 2018), the relator relied on Presser to argue that, as the president of a business that competed with the defendant, he did not have access to transaction-level details of the defendant’s alleged fraud. Unpersuaded, the Seventh Circuit upheld the district court’s dismissal, stating, “Even under this standard, however, the relator must still describe the predicate acts with some specificity[.]”

Is the Seventh Circuit moving toward a more exacting interpretation of Rule 9(b)?

In United States ex rel. Gutman v. Chicago Vein Inst., No. 1:16-CV-09734, 2021 WL 170674, at *4 (N.D. Ill. Jan. 19, 2021), defendants’ motion to dismiss was granted despite the Seventh Circuit’s long-held relaxed pleading standard. The relator in that case supervised administrative and clinical procedures but failed to include specifics on the who, what, when, where, and how details of the alleged fraud. The relator argued that Presser should let the complaint survive the motion to dismiss, but the court rejected that argument because Relator Gutman’s job gave her at least some access to billing procedures.

Similarly, in United States ex rel. Buth v. Walmart Inc., No. 18-CV-840, 2021 WL 424160, at *4 (E.D. Wis. Feb. 8, 2021), the court dismissed a pharmacy manager’s claims of widespread fraud because all the details in the complaint came from incidents in the same Wisconsin Walmart. The pharmacist did not have access to other pharmacies where she did not work, but the court still required details to support the widespread fraud claims.

In a decision that is currently on appeal, United States ex rel. Lanahan v. County of Cook, No. 17 C 5829, 2021 WL 1688178, at *7 (N.D. Ill. Apr. 29, 2021), the district court dismissed a relator’s second amended complaint with prejudice because its allegations were conclusory. The court acknowledged that the relator’s job duties did not include full access to the preparation of the allegedly fraudulent reports. But that still did not excuse the relator from including specifics, the court ruled. In fact, there was no mention of the Presser exception, despite the relator being in a similar situation to the nurse who lacked access to billing details.

Thompson Coburn will continue to monitor the development of the FCA pleading in defending its provider clients against claims of health care billing fraud under the False Claims Act.