Home > Insights > Publications > New SEC pay versus performance rules to increase information reporting regarding executives: What you will need to include in your next proxy statement 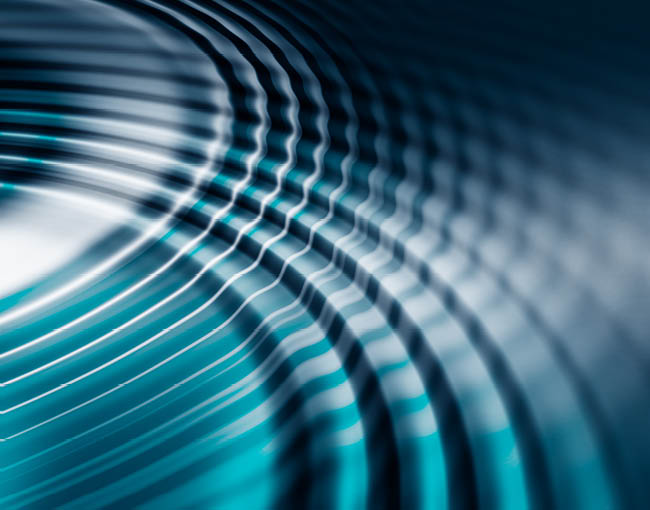 The Securities and Exchange Commission (the “SEC”) recently adopted final rules to implement Section 14(i) of the Securities Exchange Act of 1934 (the “Act”), required by Section 953(a) of the Dodd-Frank Wall Street Reform and Consumer Protection Act. The new rules add Item 402(v) of Regulation S-K (“Item 402(v)”), which requires a public company to disclose the relationship between executive compensation and the company’s financial performance.

Requirements under the Item 402(v)

Item 402(v) applies to all reporting companies except foreign private issuers, registered investment companies and emerging growth companies, and requires disclosure in any proxy or information statement for which disclosure of executive compensation under Item 402 of Regulation S-K is required.

Item 402(v) requires disclosure, in tabular format as shown below, of the following information and metrics for each of the last five fiscal years:[1] 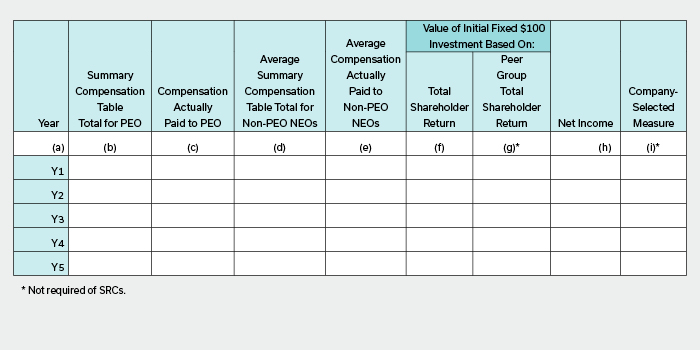 Companies are required to use the information in the above table to describe, in a narrative or graphic format, or a combination of the two, the following relationships between the values in the above table over the years covered in the table.

Companies have discretion to present the descriptions and groupings of these relationships in the form of graphs, narratives, or a combination of the two. However, any combined description of multiple relationships must be clear.

With respect to pension compensation, companies are required to deduct from the SCT Total the aggregate change in the actuarial present value of all defined benefit and actuarial pension plans, and add back the aggregate of the following two components: (1) the actuarially determined service cost for services rendered by the executive during the applicable year (the “service cost”); and (2) the entire cost of benefits granted in a plan amendment (or initiation) during the covered fiscal year that are attributed by the benefit formula to services rendered in periods prior to the plan amendment or initiation (the “prior service cost”), in each case, calculated in accordance with GAAP.

Equity awards are required to be disclosed in the years in which they are granted, and changes in their values must be reported from year to year until the awards have vested or until the company determines that the awards will not vest.  “Fair value” must be used to measure of the amount of equity awards.

Equity award amounts reported in the SCT Total in Item 402(v) require the addition (or subtraction, as applicable) of the following:

Companies must disclose, in a footnote, any valuation assumptions that materially differ from those disclosed at the time of an equity grant. When multiple equity awards are being valued in a given year, a company may disclose a range of the assumptions used or a weighted-average amount for each assumption.

Companies must disclose the dollar value of any dividends or other earnings paid on stock or option awards in the covered fiscal year prior to the vesting date and include that dollar value in the amount of executive compensation actually paid, if such amounts are not reflected in the fair value of such award or included in any other component of total compensation for the covered fiscal year.

Under Item 402(v), TSR is calculated on the same cumulative basis as is used in Item 201(e) of Regulation S-K. Both TSR and peer group TSR should be calculated based on a fixed investment of one hundred dollars at the measurement point.

Tabular list of the company’s “most important” performance measures

Companies may disclose the Tabular List in (a) one list including all NEOs; (b) two lists, with one for the PEO and one for all other NEOs; or (c) separate lists for each NEO. SRCs are not required to include a Tabular List.

In choosing their Company-Selected Measures, companies must determine which financial performance measure is most important in the same manner in which they determined which most important financial measures to include in their Tabular Lists. Tabular disclosure will include the numerically quantifiable performance of companies under their Company-Selected Measures for each covered fiscal year.

Company-Selected Measures, or additional measures included in the tabular disclosure, may be non-GAAP financial measures.

Companies are permitted to provide additional pay-versus-performance information beyond what is required by Item 402(v) including additional compensation and performance measures, or additional years of data, so long as doing so would not be misleading and would not obscure the required information. Any supplemental disclosures must be clearly identified as supplemental, not misleading, and not presented with greater prominence than the required disclosure.

Companies must begin to comply with the new disclosure requirements in proxy and information statements under Item 402(v) for fiscal years ending on or after December 16, 2022. In light of the new rules and disclosure requirements thereunder, companies should begin compiling the necessary data and financial measures required to be disclosed under Item 402(v) in advance of the 2023 proxy statement.