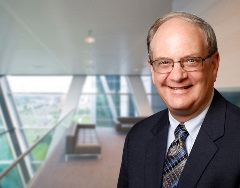 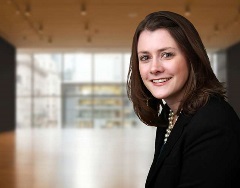 Two Thompson Coburn lawyers teamed with two documentary filmmakers to present a half-day program, "Is It Okay? Fair Use for Filmmakers" on April 23.

The program was arranged and sponsored by St. Louis Volunteer Lawyers and Accountants for the Arts, and presented case studies from two documentaries where TC lawyers provided pro bono assistance to the filmmakers through SLVLAA.

Brian Woodman, a co-producer of the documentary "The Pruitt-Igoe Myth," kicked off the program by showing excerpts from his film. Together with Mark Sableman, he explained how the producers and lawyers worked together to clear the scores of source materials used in the documentary. “The Pruitt-Igoe Myth" has won a number of awards; the New York Times recently described the film as a "shattering" documentary that “movingly excavates” the failed promise of public housing in the 1950s and 60s.

Kathy Corley, a professor at Webster University, and the producer of the documentary "The Tao of Blake," about the late Webster Groves musician Blake Travis, next spoke with Jennifer Visintine. Visintine advised on music and movie fair-use issues central to that film. Corley's film has appeared at a number of film festivals and venues in the St. Louis area.

In addition to explaining their legal review of the two films, Sableman and Visintine provided an overview on copyright clearance, including advice on determining whether works were in the public domain, evaluating fair use, and obtaining permissions where necessary.