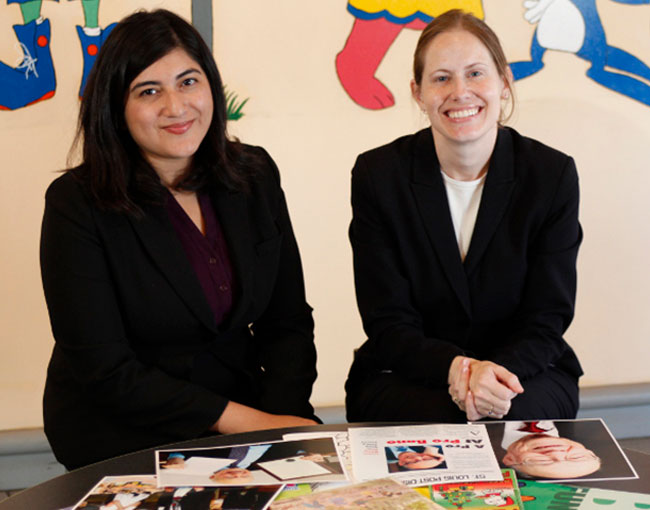 In 2005, Thompson Coburn made a long-term commitment to providing legal services to the poor by founding the William G. Guerri Chair at Legal Services of Eastern Missouri. Named for longtime managing partner Bill Guerri, who passed away in 2015, the firm’s annual $50,000 donation allows for an LSEM attorney to work exclusively on educational access for disadvantaged children.

The Guerri Chair, staffed first by attorney Amanda Schneider and now by Luz Henriquez, has over the last decade provided legal representation to more than 300 children with special needs.

“Thompson Coburn’s founding of the Guerri Chair has been a game-changer and a life-changer for hundreds of children throughout the St. Louis region,” said Dan Glazier, the Executive Director of Legal Services of Eastern Missouri. “The firm’s donation has ensured these children don’t fall through the cracks, and instead receive the critical educational services so important to their lives.”

Below are just a few examples of the outstanding work led by Amanda and Luz on behalf of St. Louis children.

The Guerri Chair has also played a lead role in educating the public about the school-to-prison pipeline and its disproportionate effects on students of color.  Amanda Schneider published an Op-Ed piece in November 2014, entitled “‘School-to-Prison pipeline’ has disparate impact in North County” and Luz María Henríquez published an Op-Ed piece in April 2016, entitled “What we do – and don’t – know about alternative education.”

Amanda served as a “content expert” and provided technical assistance on School-to-Prison Pipeline issues for the Ferguson Commission and its education working group.