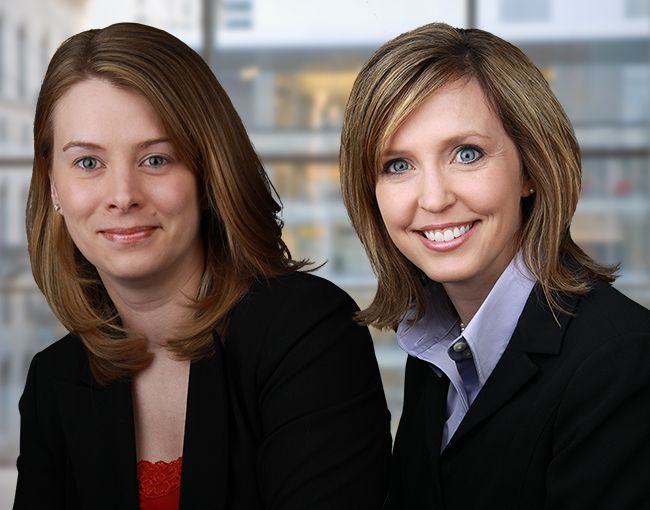 The publication bestows the award on attorneys who are 40 or under or in the first 10 years of their legal careers and have done outstanding work in the profession and in their communities.

That definition certainly fits Thompson Coburn’s recipients. Both Amanda and Sarah have been involved in some of the firm’s most important and complex cases.

Amanda has spent her entire career helping clients effectively respond to complex litigation, including class actions related to  consumer fraud allegations and a lawsuit that upheld the City of St. Louis’s right under the Missouri Constitution to repeal an existing retirement system and establish a new plan under local control.

Sarah is a former safety and soundness examiner with the Federal Reserve Bank of St. Louis and draws upon her deep background in finance and bank regulation to not only represent lenders and borrowers in complex financing transactions, but also provide in-depth regulatory counsel. Among her financing transactions, Sarah has participated in the negotiation and closing of a $300 million financing transaction for a bank client who acted as joint lead arranger and administrative agent.

Both women are also being honored for work in their communities.

Amanda serves as a cabinet member for the United Way Women’s Leadership Society and, in her role as a Trustee for the Federal Practice Memorial Trust, is helping plan the quadrennial Federal Practice Seminar in conjunction with the judges of the U.S. District Court for the Eastern District of Missouri.

Among other things, Sarah is a volunteer with the Ronald McDonald House Charities of St. Louis, and previously coordinated Thompson Coburn’s efforts in the Bar Association of Metropolitan St. Louis’s annual Motion for Kids event.

Amanda, Sarah and 56 other Up & Coming winners will be honored at an awards luncheon Oct. 6 at the Downtown St. Louis Missouri Athletic Club.