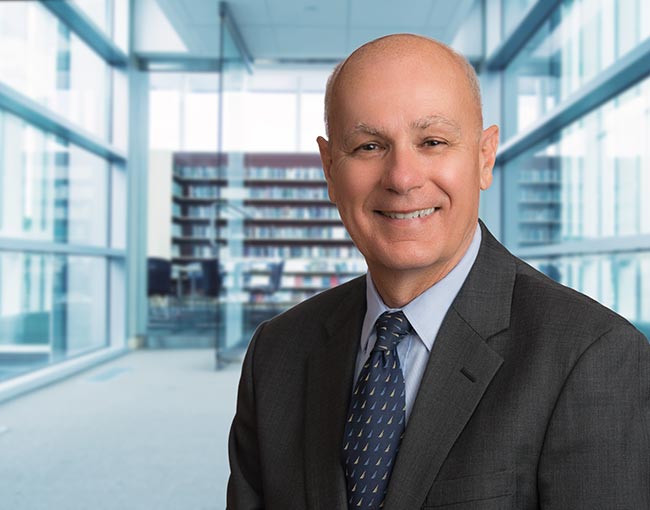 On August 27, Legal Services of Eastern Missouri presented the 2020 Robert Walston Chubb Award to former Firm Chair Tom Minogue as part of LSEM’s annual For the Common Good Awards. This year’s event was held virtually and featured a live-streamed broadcast, a recording of which is available here.

The Robert Walston Chubb Award is given annually to an individual who has made significant and sustained contributions to the work of LSEM, and is the highest honor bestowed by the organization.

In a pre-recorded video for the event, Tom highlighted Thompson Coburn’s commitment to supporting LSEM through various initiatives – including the William B. Guerri Chair and the Neighborhood Vacancy Initiative – and the important role LSEM holds in the St. Louis legal community.

In his acceptance remarks, Tom thanked his colleagues at Thompson Coburn for their support of LSEM and emphasized the special relationship between the two. He also recognized the legacy of previous Robert Walston Chubb Award recipients, including Senators Thomas Eagleton and John Danforth, and Judges Stephen Limbaugh, Theodore McMillan and Richard Teitelman.

As the Chair of Thompson Coburn for 20 years, Tom led the Firm through a period of growth and nationwide expansion. Tom serves as a legal advisor to some of the St. Louis region's largest companies and civic and charitable organizations. Tom is also a recognized leader in the St. Louis civic and charitable community and devotes significant time and resources to a wide range of organizations dedicated to education, health care, the arts, youth activities, military veterans and economic development.