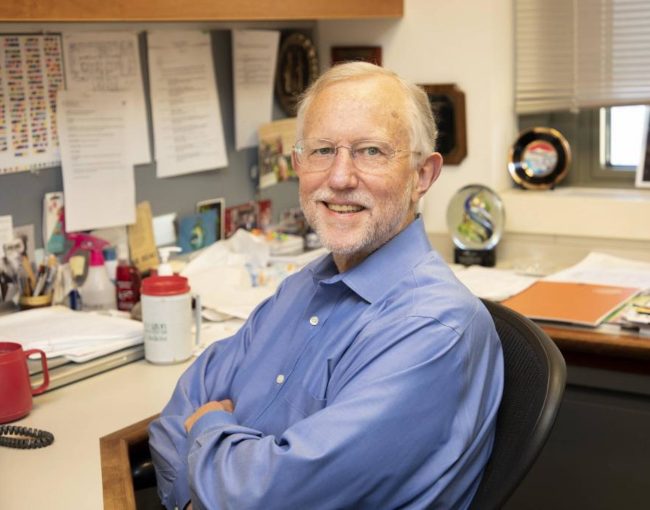 Charles M. Rice, Ph.D., the founder and managing director of Thompson Coburn client Apath Corporation, has been awarded the 2020 Nobel Prize in Physiology or Medicine for his key role in discovering the hepatitis C virus.

Dr. Rice shares the prize with Harvey J. Alter and Michael Houghton for “seminal discoveries that led to the identification of a novel virus, Hepatitis C virus, … a major global health problem that causes cirrhosis and liver cancer in people around the world,” according to the Nobel Assembly’s October 5 announcement of the prize. The discoveries of Dr. Rice and his colleagues led to antiviral drugs and blood tests for hepatitis C that have “essentially eliminated post-transfusion hepatitis in many parts of the world, greatly improving global health,” said the Nobel Assembly.

While a researcher at Washington University in St. Louis from 1986 to 2001, Dr. Rice and his team constructed the first infectious clone of the Hepatitis C virus (HCV) that worked in an animal model, establishing that HCV alone caused previously unexplained “Non-A, Non-B” cases of transfusion-mediated hepatitis. Dr. Rice’s team at Washington University also developed non-infectious HCV clones which replicated in cultured cells, allowing efficient and safe identification of anti-viral drugs. Since 2001, Dr. Rice has been a professor at The Rockefeller University in New York City, where his laboratory has developed HCV clones that infect cultured cells, solved the three-dimensional structures of HCV drug targets, identified key human host factors involved in HCV infection, and characterized human anti-viral responses to HCV.

Thompson Coburn has served as legal counsel to Washington University and Rockefeller University in securing patent protection for critical HCV research and development tools developed by Dr. Rice and his colleagues. Thompson Coburn has also served Dr. Rice’s company Apath since soon after the company’s founding in 1997 and continues to represent Apath to this day. The Thompson Coburn team supporting Apath includes Steve Ritchey, David Jinkins and Chris Reid.