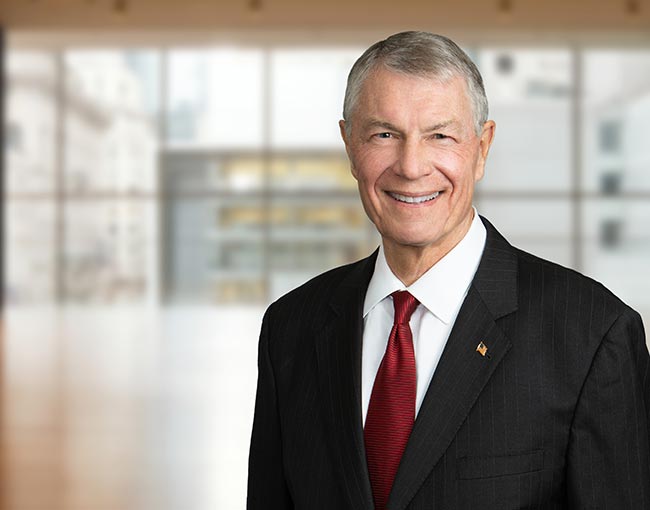 “We’re delighted to have a longtime jurist of Justice Lang’s caliber join us in providing strategic advice to clients, mentoring young litigators, and leading our appellate efforts in jurisdictions across the country,” said Judge Shaw.

Added Nicole Williams, managing partner of Thompson Coburn’s Dallas office, “Justice Lang is highly respected throughout the North Texas legal community and known nationally for his leadership in the areas of professionalism, civility, and legal ethics. He will be a fantastic resource for our clients and, as demonstrated throughout his career, a kind and thoughtful mentor for young attorneys.”

Justice Lang joins Thompson Coburn after most recently practicing as of counsel in the Dallas office of Dorsey & Whitney. Before that, he served for 16 years as a Justice on the Texas Fifth District Court of Appeals in Dallas, where he authored more than 2,100 opinions and participated in deciding more than 6,100 cases.

“I am honored to join Thompson Coburn and the Firm’s excellent team of trial lawyers and appellate counsel,” Justice Lang said. “Judge Shaw and I are dedicated to expanding the Firm’s appellate practice while continuing our work to solve clients’ most pressing legal issues.”

Justice Lang is the 18th attorney to join Thompson Coburn in Dallas since the Firm opened its first Texas office two years ago with four founding partners. In joining Thompson Coburn, Justice Lang will continue his representation of the State Bar of Texas and the Texas Commission for Lawyer Discipline.

Justice Lang previously was a chair of Texas’ State Commission on Judicial Conduct and served on the Texas Judicial Panel on Multi-District Litigation. He also served as a Special Member of the Texas Supreme Court under a commission from former Texas Governor Rick Perry.

In addition to his years of successful work for clients, Justice Lang is well-known as a speaker and author on legal topics and a leader in lawyer mentorship and professionalism. During his tenure as president of the Dallas Bar Association, he led the heralded Goals for Professionalism program. He also led the Dallas Bar’s Transition to Law Practice program, which was adopted by the State Bar of Texas and has guided those entering the practice of law for more than a decade.

Justice Lang is a past secretary of the American Inns of Court Foundation and a past president of the National Conference of Bar Presidents of the American Bar Association, a collective of leaders from state, local, and special focus bars from 53 states and territories.

He has been named a Texas Trailblazer by Texas Lawyer newspaper (2019) and received the Presidents’ Award from the State Bar of Texas (2010) for outstanding contributions to the legal profession. In addition, Justice Lang has been recognized by his alma maters, the University of Missouri School of Law and Drake University, with the highest honors offered to alumni of those universities.

Thompson Coburn is a full-service law firm with 400 attorneys practicing in more than 50 areas of law, with offices in Chicago, Dallas, Los Angeles, New York, Southern Illinois, St. Louis, and Washington, D.C. In 2019, the Firm was recognized by the Association of Corporate Counsel as an ACC Value Champion, an international honor that recognizes “best-in-class” innovations that drive value and dramatically improve efficiencies within corporate law departments.