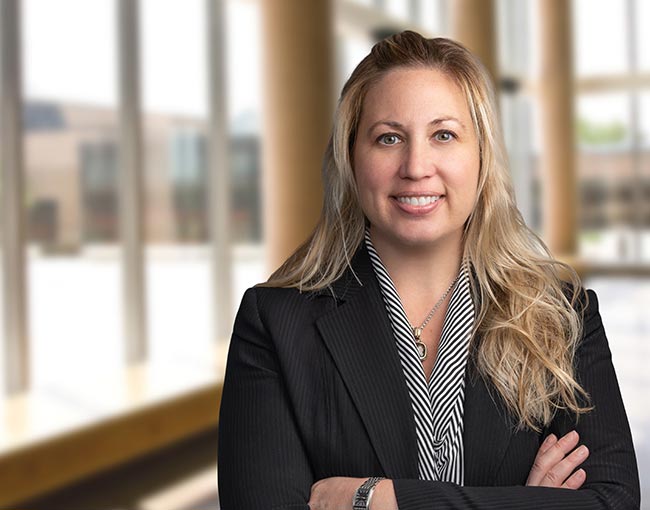 Christina Berish acts as a legal advisor and trial counsel in commercial matters.

She has substantial experience handling all stages of litigation – both in and out of the courtroom – and has appeared in state and federal courts conducting pre-trial proceedings, trials and appeals. Some of her notable areas of representation have involved shareholder disputes, corporate valuation and dissolution, contract enforcement, employer-employee disputes, fraud and business torts and property litigation. Among other affiliations, Christina serves on the Chicago Bar Association's Judicial Evaluation Committee. Christina has been recognized by her peers in the Illinois edition of  "Super Lawyers" as a "Rising Star" and is a graduate of the University of Michigan Law School. Her representative matters include:

Defended charitable gifts to higher education and religious entities in a will contest proceeding.

Obtained numerous judgments for clients in breach of contract matters.

Defended officer of a corporation in action to pierce corporate veil to hold him personally liable for corporate debts. Obtained summary judgment, affirmed by United States Court of Appeals for the Seventh Circuit.

Successfully attacked standing of out-of-state members of potential class action on a motion to dismiss, with the dismissal affirmed on appeal.

Protecting the identity of your LLC members, LP partners in litigation, Part I: Motions to remand February 23, 2015

"Protecting the Identity of Your LLC Members & LP Partners in Litigations Part I: Motions to Remand";
February 2015

"Tips & Techniques to Defend Your Position,"
American Business Appraisers, May 2016

"Creating the Perfect Partnership: Strategies to Protect You and Your Business,"
National Association of Women Business Owners Annual Conference, October 2015