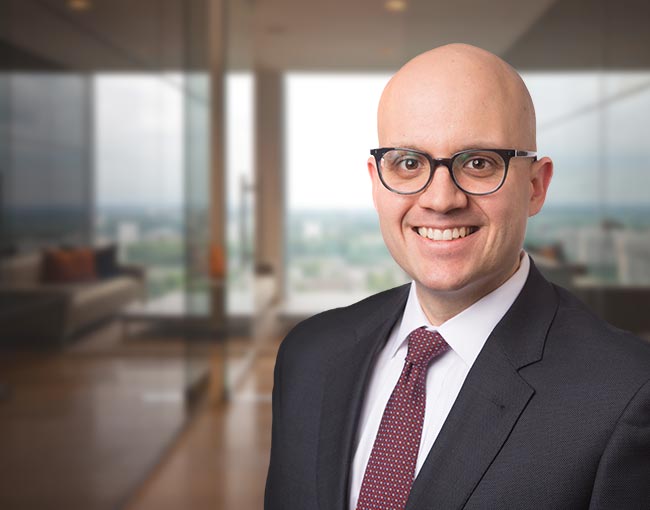 Patrick litigates on behalf of a diverse range of clients in commercial litigation and appeals throughout the Midwest.

He assists clients with all phases of litigation, including a smart and aggressive motion practice. As a key member of several trial teams, Patrick has helped secure favorable jury verdicts for clients in the agribusiness and professional services industries. He also has significant experience with appeals.

Before joining Thompson Coburn, Patrick worked as an assistant appellate defender at the Office of the State Appellate Defender in Chicago, representing indigent criminal defendants on appeal. Prior to that, Patrick served as a law clerk to the Hon. R. Guy Cole, Jr., of the U.S. Court of Appeals for the Sixth Circuit.

In 2016, Patrick was selected by the Chicago Bar Association to participate in its inaugural Leadership Institute, a program for early-career attorneys to enhance their leadership skills and foster professional growth.

Part of the trial team that won a $600,000 verdict for the Missouri Soybean Merchandising Council in a jury trial in Jackson County, Missouri, that alleged a company run by a former employee profited from invalid contracts for valuable soybean technologies. The jury returned a verdict in the full amount Thompson Coburn's clients sought after just 30 minutes of deliberation.

Helped secure a unanimous defense verdict for an industrial machinery liquidator in a jury trial in Cook County where a former property owner lodged a conversion claim over the alleged sale of his personal property at auction.

In the 2016 litigation on behalf of the Missouri Soybean Merchandising Council, provided significant work on a key summary judgment motion that resulted in the judge ruling unenforceable two contracts MSMC allegedly executed with a company run by a former employee related to valuable soybean technologies.

Played a key role in the research and drafting of a summary judgment motion that resulted in the dismissal of a $41 million claim against a global business appraiser. The client faced allegations of misrepresentations in its asset appraisals.

Contributed to a significant trial-court and appellate effort that resulted in a Chicago property owner prevailing in multi-year contested litigation and protecting a real estate transaction that netted the client more than $10 million.