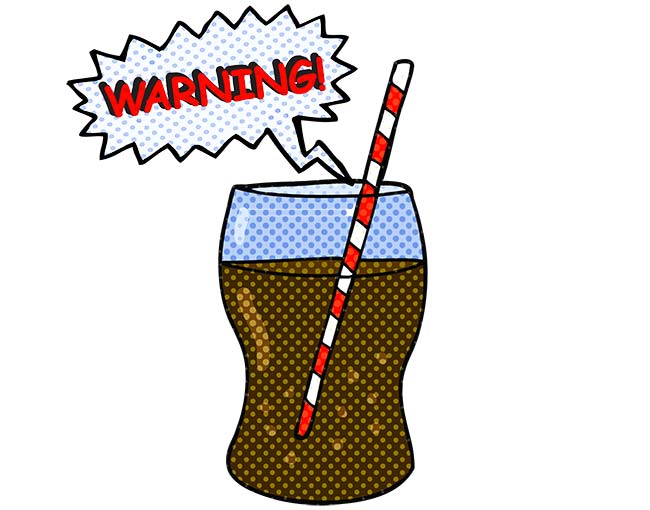 San Francisco’s ordinance targeting added sugar has the potential to leave a bad taste in the mouth of beverage makers and other product advertisers across the nation after a federal judge in California upheld a particularly onerous labeling mandate for sugar-sweetened drinks.

The entire ruling is worth a careful look by the food industry. Not only is the industry facing close scrutiny of how it labels its own products — it now faces the prospect of state and local governments forcing companies to make statements discouraging their use.

The trade groups, the American Beverage Association, the California Retailers Association, and the California State Outdoor Advertising Association brought suit against the City and County of San Francisco seeking a preliminary injunction against the enforcement of an ordinance (scheduled to go into effect next month) requiring warnings on certain advertisements and promotions for beverages with added sugar. American Beverage Association, et al. v. City and County of San Francisco, 2016 WL 2865893 (N.D. Cal. May 17, 2016).

Specifically, the ordinance requires covered advertisements for sugar-sweetened beverages to state: “WARNING: Drinking beverages with added sugar(s) contributes to obesity, diabetes, and tooth decay. This is a message from the City and County of San Francisco.” The ordinance not only requires the warning, but mandates that it occupy at least 20 percent of each covered advertisement. Below is a mock-up from the California Center for Public Health Advocacy:

According to the plaintiff organizations in the San Francisco lawsuit, the warnings requirement violates their and their members’ First Amendment right against compelled speech. The district court disagreed, denying the trade groups’ motion for a preliminary injunction.

The San Francisco warnings requirements for beverages with added sugar have been characterized as “pioneering” and “first-in-the nation.” But they may not be unique for long. Other cities and states are considering similar warning requirements on beverages with added sugar, encouraged by San Francisco’s initial success. Public health advocates have asserted that they’re “really at the beginning of warning consumers about these products.”

It’s well established that the First Amendment protects both the right to speak and the right not to speak and that the protection against compelled speech extends to corporations. The Supreme Court held as much decades ago in cases like Wooley v. Maynard and Pacific Gas & Electric Co. While the Court has also held that commercial speakers may be required to include additional information to prevent their speech from being deceptive to consumers (for examples see Virginia State Board of Pharmacy and Zauderer), it held more recently in Sorrell that if a content-based regulation challenges non-misleading commercial speech, heightened judicial scrutiny is required.

The district court’s holding in the San Francisco warnings litigation is notable for a number of reasons, one of which we will discuss here – the district court’s refusal to apply Sorrell and the Ninth Circuit’s own Retail Digital Network opinion to the warnings requirement. (Look for upcoming additional posts on the Food Fight Blog about the San Francisco labeling suit, including an examination of the application of Zauderer to non-deceptive commercial speech, and an analysis of the science cited as a justification for the warning.)

The Supreme Court’s earlier decisions in Central Hudson (decided in 1980) and Zauderer (decided in 1985) applied more relaxed tests to protections for commercial speech than other forms of speech (Central Hudson applying an intermediate level of scrutiny and Zauderer applying a rational basis test). But in 2011, the Supreme Court’s decision in Sorrell held that “heightened scrutiny” applied to content- or viewpoint-based regulation of non-misleading commercial speech. Early this year, the Ninth Circuit, in Retail Digital Network, held that Sorrell required stricter scrutiny of content-based restrictions on non-misleading commercial speech. In both Sorrell and Retail Digital Network, the opinions stated that the regulation need not be a complete prohibition on speech to trigger heightened scrutiny. Instead, burdening speech was sufficient to trigger the heightened test.

In refusing to apply Sorrell and Retail Digital Network, and, thus, heightened scrutiny, to San Francisco’s warnings requirement, the district court drew a bright line between commercial speech regulations restricting speech and compelling speech. Relying solely on an opinion from the Northern District of California, the court held that Sorrell and Retail Digital Network did not apply because the regulation compelled the disclosure of information.

In its holding, the court did not consider the language in Sorrell and Retail Digital Network regarding the need for rigorous scrutiny of a regulation that fell short of a prohibition on speech, but that nonetheless was a burden on protected speech. Arguably, the compelled warning at issue in the case, and its significant size (at least 20 percent of the covered advertisement) constitute a burden on otherwise protected non-misleading commercial speech. Whether the Ninth Circuit will agree that Sorrell and Retail Digital Network apply only to regulations on speech in the form of restrictions is an issue that will have an important impact on commercial speech and labeling litigation. It’s an issue we’ll be following closely.

Carl Rowley is the co-chair of Thompson Coburn's Consumer Products and Mass Tort Litigation groups. He can be reached at (314) 552-6100 or crowley@thompsoncoburn.com.