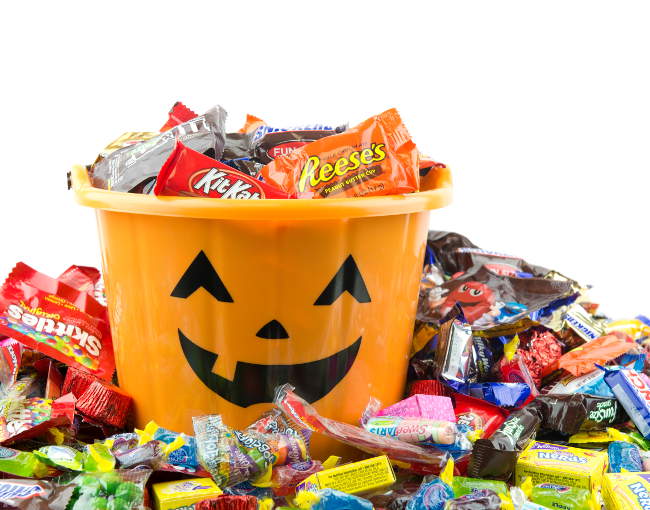 Back in September, Trump sent a tweet incorporating a photograph of a bowl of Skittles entitled, “White Bowl of Candy,” to illustrate his view on the Syrian refugee situation: 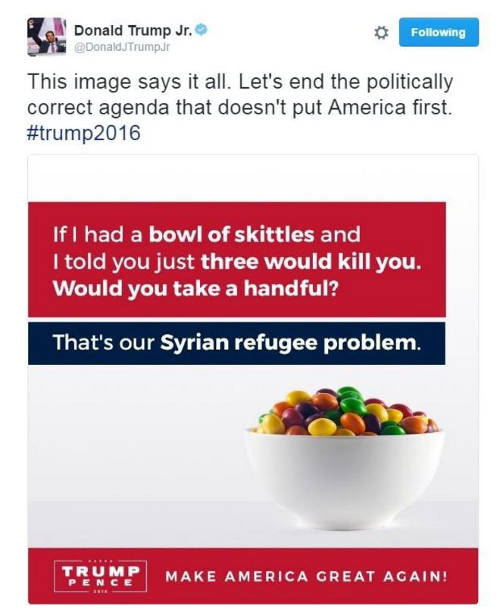 The photo in the Trump tweet apparently wasn’t original or licensed. It was taken by David Kittos, himself a refugee from Cyprus who fled to the U.K. in 1974, who did not take kindly to Trump’s use of his photo.

The actions taken by Kittos illustrate the two most common steps available to photographers whose works are infringed on the Internet.

The image of a bowl of skittles is mine and has always been set as "ALL RIGHTS RESERVED" in my flickr library It was copied and is being used WITHOUT my permission. I have never been contacted by Donald Trump Jr or any representative about the image, before of [sic] after it was used in the Tweet.

Takedown demands are properly addressed to the service provider that posted the allegedly infringing material, and, under section 512 of the Copyright Act, part of the Digital Millennium Copyright Act (DMCA), Twitter’s takedown in response to such a demand gives it immunity from a contributory infringement claim.

Second, the party that originally posts the alleged infringing material is always potentially directly liable for infringement. Asserting such liability, Kittos filed a copyright infringement suit against the Trump campaign, Donald Trump, Donald Trump Jr., and Mike Pence in federal court for the Northern District of Illinois on October 18.

Kittos claims direct and indirect copyright infringement, alleging the tweet “went viral” and pointing to the Trump defendants’ intent that the tweet containing his photograph would be republished, retransmitted, and redisplayed on Twitter and other social media platforms.

The combination of Trump, copyright law, and the political context could make this a tart, colorful, case, which we will be following with interest. Happy Halloween!

Update: Like a bowl of Skittles around our office, this case didn’t last very long. On December 8, 2016, attorneys for photographer David Kittos filed a notice of voluntary dismissal with the federal court for the Northern District of Illinois, indicating that the case had been settled.

Mike Nepple is a partner in Thompson Coburn’s intellectual property group. He can be reached at (314) 552-6149 or mnepple@thompsoncoburn.com.