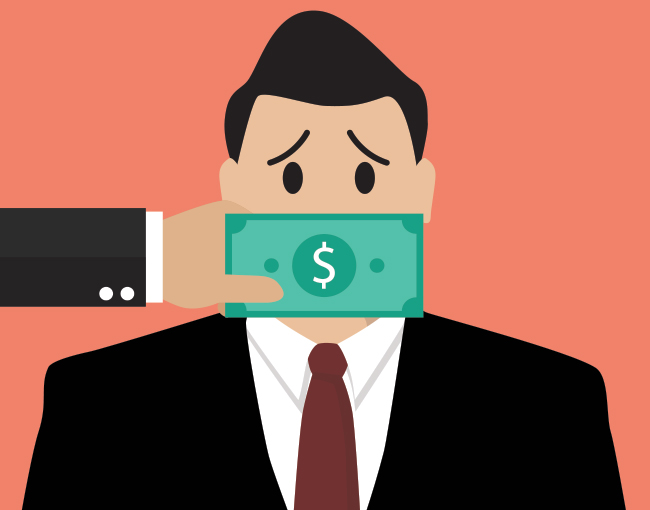 What happens when you use legitimate means to achieve despicable ends? In the case of two attorneys at the center of a high-profile copyright enforcement scheme involving pornographic movies, you end up on the receiving end of a federal indictment.

The details of this scheme, which for years had bedeviled, embarrassed, and intimidated thousands of Internet users, have been described in detail by federal prosecutors in a settlement memo relating to John Steele, one of the lawyers behind the scheme.

Steele pleaded guilty and acknowledged the facts laid out in the government’s 26-page Plea Agreement and Sentencing Stipulation, which was filed United States v. Paul Hansmeier and John L. Steele, in federal court in Minnesota on March 6. The memo describes how Steele and his partner, Paul Hansmeier, essentially enticed defendants into infringement, and then used the embarrassment of their viewing of pornographic movies to extort millions in settlements. Additionally, the lawyers repeatedly lied to courts and placed several of their co-workers in positions of perjury and deceit.

How the scheme worked

Steele and Hansmeier, who often hid behind a purportedly independent law firm, Prenda Law, which they secretly controlled, filed scores of copyright suits and scared thousands of defendants and targets. According to the memo, they made at least $6 million in settlement payments. To those who witnessed the wide path of panic that followed their suits and subpoenas from 2010 through 2013, that number seems conservative.

According to the Department of Justice, “Steele admitted that he and Hansmeier created a series of sham entities to obtain copyrights to pornographic movies — some of which they filmed themselves. Steele and Hansmeier then filed bogus copyright infringement lawsuits that concealed their role in distributing the movies, as well as their personal stake in the outcome of the litigation.”

The prosecution is particularly interesting to those involved in copyright litigation because the scheme involved many perfectly legal aspects. It involved movies, which (despite the lowbrow pornographic subject matter) were fully copyrightable and copyrighted. The movies were indeed illegally downloaded and viewed, and those activities certainly constituted infringement. In any infringement situation, the copyright owner has a right to sue for infringement, and the Copyright Act gives them the right to demand large payments, even up to $150,000 in statutory damages per infringed work, as Steele did. Such demands, and the costs of lawyers to defend a case, naturally force many defendants into settlements.

But though Steele’s scheme employed all of these normally legitimate elements, the prosecution portrayed it as illegitimate and illegal, because, essentially, the whole thing was a setup. The copyright owners (initially Steele and Hansmeier’s client, and later the two of them themselves) uploaded the movies to BitTorrent sites like Pirate Bay with the intent of enticing people to download them. Then, having enticed the downloaders, the copyright owners sued them, and demanded settlements as the only alternative to embarrassing disclosures. In those circumstances, many defendants settled, for around $3,000 each.

The sentencing memo portrays the scheme as an intentional deceit of the courts. Essentially, it claims that by concealing the set-up nature of the scheme, and their own personal interests, Steele and his colleague “fraudulently induced” courts into supporting their scheme, with subpoenas to service providers, disclosures of the downloaders, and the cover of legal process for what was essentially a shakedown scheme.

Beyond the basic scheme, the memo also outlines many direct lies made by Steele and his co-workers. For example, it claims that a firm paralegal was falsely portrayed as an independent business owner and executive, and even testified and submitted false affidavits to that effect in multiple proceedings.

Left unsaid in the sentencing memo is the reality that copyright law can permit much of what Steele did. Had the lawyers had true independent clients, whose works were placed on BitTorrent by third parties, they would have had every right to bring suits, subpoena service providers for the identities of the downloaders, threaten the Copyright Act’s statutory damages, and obtain settlements. The gist of the Steele prosecution, however, is that the tools of copyright law can’t be used for entrapment and deceit.

The government’s memo argues for an enhanced sentence for Steele, because of the extent of the loss, the number of victims, the sophisticated means he employed, the abuse of trust involved, and other factors. The government recommended that he be sentenced for 8 to 10 years imprisonment, and a fine between $30,000 and $300,000. He will also be ordered to make restitution for the entire loss caused by the fraud scheme. His cooperation with the government, however, may merit a reduction in the sentence.