Home > Insights > Blogs > Internet Law Twists & Turns > Free speech on Facebook: You can ‘like’ but you can't threaten 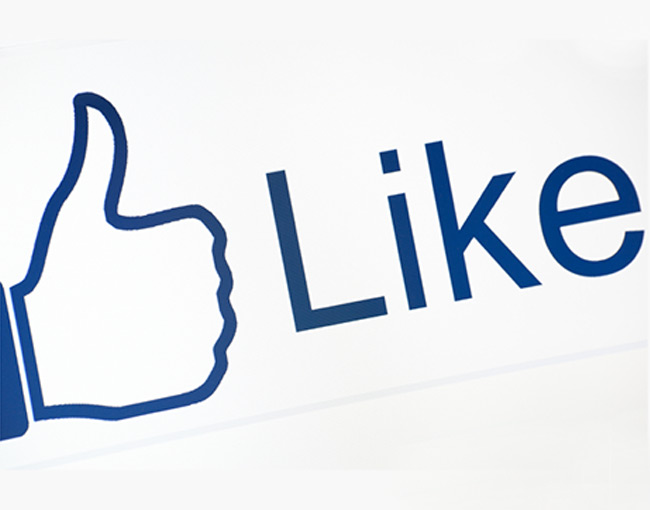 It is another sign that Facebook has arrived. Facebook communications have become the newest testing ground for free speech. And the results, at least from two recent and notable cases, affirm the unusual and perhaps counterintuitive way that U.S law looks at a key threshold question: What is speech?

You might think it’s easy to define “speech” as words used to communicate. But that is not accurate, as each of the two recent Facebook cases demonstrates.

In one case, a Facebook user posted forceful and expressive textual musings. They were held not protectable as speech. In the other case, the Facebook user took an action that required no words; he linked to another person’s Facebook page using the associative click that is known in Facebook as a “like.”  That non-textual action was held to be speech.

How can the law perversely classify expressive text as something other than speech, and call a mere click, a simple action, “speech”? Does the law misunderstand Facebook? No, the law properly understands Facebook as a digital communication space where standard free speech ground rules apply. On examination, both of these cases applied standard and understandable First Amendment analysis.

In the first case, which has received a fair amount of publicity, Daniel Ray Carter, Jr., a former Hampton, Va., deputy sheriff sued over his dismissal, claiming that his former boss, the sheriff, retaliated against him for speaking out in favor of a rival candidate. The deputy, as a low-level jailer, could not be terminated for political reasons. So the issue became whether he was terminated for expressing his political opinions.

Carter claimed that he had expressed a political view by “liking” the campaign page of the sheriff’s opponent. A Facebook “like” is really more conduct than words. As the 4th U.S. Circuit Court of Appeals noted in Carter’s case, “‘Liking’ on Facebook is a way for Facebook users to share information with each other.” When you click on a “like” button, represented by a thumbs-up icon, you become connected to the page that you “liked.” That connection will appear in your timeline, and you will appear as a person who likes the linked-to page. Your “liked” page will be able to post content onto your news feed. It is really an action — it turns on certain connections. Similar functions on other social media services have different names; on LinkedIn, essentially the same function is called “connections.”

Indeed, the Fourth Circuit decision, Bland v. Roberts, issued September 18, readily concluded that Carter’s “liking” of the campaign page was conduct. But that does not mean it isn’t speech, too.  Particularly in the political campaign context, the “like” inevitably carried the message that the user approved of the linked-to candidacy. It makes no difference that this communication occurred through conduct and had only one word associated with it, the court ruled. “That a user may use a single mouse click to produce a message that he likes the page instead of typing the same message with several individual key strokes is of no constitutional significance,” the court held.

Moreover, even had the word “like” never been used, the “thumbs up” nature of the “like” button is a form of speech, even without any words – it symbolically conveys approval, which is an expressive message. “In sum,” the court held, “liking a political candidate’s campaign page communicates the user’s approval of the candidate and supports the campaign by associating the user with it. In this way, it is the Internet equivalent of displaying a political sign in one’s front yard, which the Supreme Court has held is substantive speech.” As a result, Carter’s wrongful discharge suit could proceed, because of his Facebook conduct/speech.

The other side of Facebook speech was illustrated the next day, September 19, as the Third Circuit, in United States v. Elonis, declared that even quite lengthy and expressive textual messages on Facebook could fall outside of free speech protection. The defendant in this case posted multiple Facebook messages, generally directed to, or concerning, his estranged wife. They were mean, nasty, and spiteful (and, in that regard, unfortunately like much other Internet expression).

Mr. Elonis’s expression, however, went a step too far. He made violent threats against his wife and her relatives. While he seemed to think he couched his statements as speculative musings, phrases like “There’s one way to love you but a thousand ways to kill you” clearly posed threats. And his link to the Wikipedia entry on “Freedom of Speech” did not cure his adjacent free verse threat that “if worse comes to worse/ I’ve got enough explosives/ to take care of the state police and the sheriff’s department.”

When Elonis was arrested, he claimed that his statements were not threats but protected speech. The court disagreed. The court referred to several tests for distinguishing between protected political speech and illegal threats, considering the words used (specific or hyperbolic), the context (other threats, or, for example, a speech at a political rally), and the reader’s ordinary understanding. Applying these tests, and rejecting Elonis’ position that the prosecution had to prove his subjective intent to threaten, the court found the Facebook postings to fall outside of free speech.

These two decisions follow established free-speech principles. Conduct can be protected speech, as in the classic case of flag burning, recognized by the Supreme Court in Texas v. Johnson as symbolic speech. And text of various kinds, can, in context, fall outside free speech protection if, in reality, it constitutes illegal conduct.

Two days, two Facebook decisions. In one, conduct was held to constitute protected free speech. In another, messages were found to fall outside of free speech. Facebook users, welcome to the sometimes paradoxical world of the First Amendment.