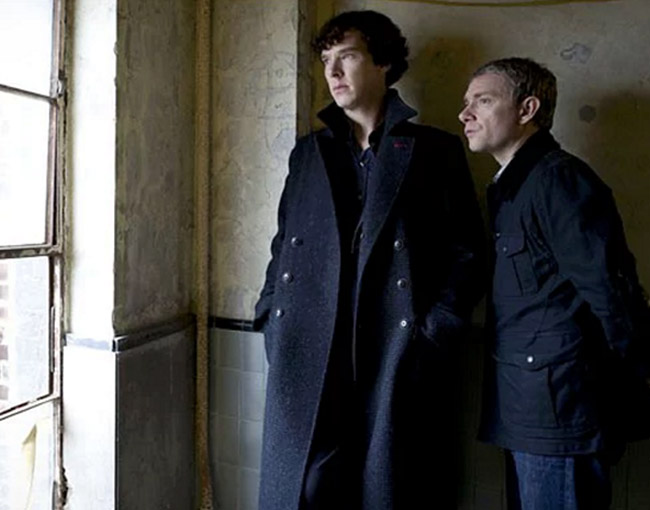 Sherlock Holmes and the case of the split copyright personality

Between Benedict Cumberbatch’s sly smile on the BBC’s “Sherlock” and Johnny Lee Miller’s haunted recovering drug addict on CBS’ “Elementary,” there’s no shortage of possible Sherlock Holmes’ in modern culture. (Add in Robert Downey Jr.’s bare-knuckled brawler and you have a full trio of modern incarnations.)

But while small character quirks separate these performances, all three share a new distinction recently handed out by a federal court in Chicago: They are the latest dramatizations of a character, Sherlock Holmes, who has now been declared copyright-free.

The case at issue, Klinger v. Conan Doyle Estate, looked closely at the fictitious Victorian detective first introduced in “A Study in Scarlet” in 1887. It was a case about, more or less, “Who owns Sherlock?”

In the eyes of the law, Sherlock Holmes resides not so much on Baker Street as in two different copyright worlds. Four of the novels and 46 of the short stories in which he appeared are currently in the public domain in the United States. But 10 short stories (published in 1923 or thereafter) are still under copyright protection.

Questions like these often arise, but in the risk-adverse publishing industry, they rarely get answered in court. Indeed, a few years ago, when author Leslie Klinger co-edited an anthology of new and original Sherlock Holmes stories, believing that the Sherlock character was free for anyone to use, Klinger’s publisher took the easy way out, entering into a licensing agreement with the Conan Doyle Estate. Licenses are cheaper than litigation, so many licenses are purchased even when it’s not clear that they are legally required.

As Klinger prepared a new anthology, he notified the Conan Doyle Estate of his intent to publish without a license. The estate responded by threatening that it would pressure bookstores to refuse to sell the book. Klinger then went to court, arguing that because the great bulk of the Sherlock Holmes works (respectfully called “the Canon” in the court opinion) were in the public domain, so was the Sherlock Holmes character.

The Conan Dolye Estate (presumably, Sir Arthur’s great-great-grandchildren) disputed that claim. It asserted, essentially, that Sherlock Holmes was a developing character, still unfinished after the first 50 works. For that reason, he was unavailable for free use by others until all of the works enter the public domain.

Central to the Klinger case was Silverman v. CBS Inc., a copyright case from 1989 that centered on characters from the “Amos ‘n’ Andy” program for TV and radio. That decision held that the characters of Amos and Andy were sufficiently established in radio scripts that had entered the public domain. So Amos and Andy had entered the public domain, too.

In response, Chief Judge Rubén Castillo applied the Amos ‘n Andy case and other precedents, and found that Holmes and Watson, at least as they existed in the 50 public domain stories, “are free for public use.” Essentially, the court held that if the stories were in the public domain, so were the characters in those stories. “It is a bedrock principle of copyright that ‘once work enters the public domain it cannot be appropriated as private (intellectual) property’ and even the most creative of legal theories cannot trump this tenet.”

To the estate’s objection that one cannot divide the great detective into public domain and copyrighted versions, the court said it could, and indeed was compelled , to do just that. “Characters and story elements first articulated in public domain works are free for public use, while the further delineation of the characters and story elements in protected works retain their protected status.”

Judge Castillo did not, but could have, noted that copyright law often dices, slices, and imposes intellectual divisions of all kinds. Copyright law demands that courts and lawyers think separately of physical works (books, artworks) and the intangible copyrights that pertain to them; that they sort out protectable (creative) and unprotectable (factual, non-creative) elements of all works; and that they analyze creative works, ranging from books to software programs, according to multiple layers of abstraction (for example, from a general storyline to detailed expressive elements).

In the intellectual world of copyright, the court’s division of Sherlock, into a pre-1923 public domain character and a subsequent protected character, was unsurprising.

Indeed, the court suggested this dividing up of the character was consistent with the constitutional purpose of promoting the development of the arts. The court noted that keeping the character under copyright protection until the last story leaves the public domain would “extend impermissibly the copyright of certain characters elements of Holmes and Watson beyond their statutory period, contrary to the goals of the Copyright Act.”

The court did find in favor of the estate on one issue, affirming that modern writers like Klinger have no right to use elements of the Sherlock Holmes character that first appeared in stories that are still under copyright protection. (In winning this point, however, the estate beneficiaries didn’t exactly make their great-great-grandfather proud — the court ruled that the incremental new elements of the Sherlock character in the later stories would remain protected in part because copyright law imposed a “low threshold of originality.”)

"My mind," Sherlock Holmes once said, "rebels at stagnation. Give me problems, give me work, give me the most abstruse cryptogram or the most intricate analysis, and I am in my own proper atmosphere. … I abhor the dull routine of existence. I crave for mental exaltation.”