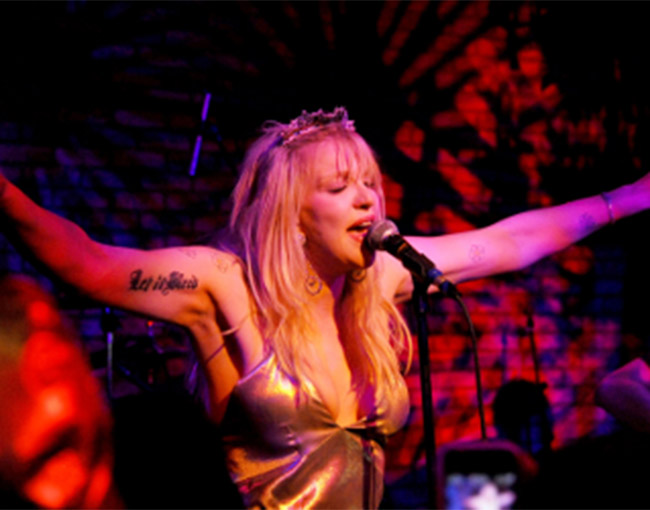 Courtney Love goes to trial, in a suit by her former attorney, based on a social media message that accused the attorney of being “bought off.”  A Yelp user and the contractor she criticized go at each other in court over their respective Internet posts. Is this only the tip of the iceberg? Is the Internet spawning a cottage industry of legal claims based on false or disparaging postings?

Surprisingly, it isn’t. The Love and Yelp cases are exceptions, and the results in those cases even shed some light on why Internet defamation claims haven’t proliferated.

One partial explanation is the exemption U.S. law gives to Internet intermediaries. Because intermediaries such as service providers and website operators can’t be sued over communications posted by their users, those deep pockets are immune, and that discourages suits.

But that exemption doesn’t fully explain why Internet-based libel claims are so rare. We get a few more clues, however, when we look at the Love and Yelp cases, both of which went to trial in late January.

Both suits alleged classic libel. The plaintiffs in both cases had strong emotional cases, and credible damages claims. Both cases survived pretrial motions — the point where most libel cases fail — and went to trial. But each case ended with a whimper for the plaintiffs.

The suit against Courtney Love got a lot of publicity all along, especially during the week-long trial that ended with a defense verdict. The special twist to the case was that the key statement was made on a social media network.

The social media intermediary, of course, was not a defendant. It wasn’t sued, but if it had been it almost certainly would have been dismissed based on section 230 of the Communications Act, the 1996 law enacted to permit the Internet to flourish, that exempts Internet intermediaries from liability for their users’ communications. The intermediary exemption probably discourages a lot of Internet libel claims, because it removes those potential deep pockets.

But Love’s pockets were deep enough, and the case against her wasn’t trivial.  She had posted a social media message stating, in part, “I was f___ing devestated [sic] when Rhonda J. Holmes esq. of san diego [her former attorney] was bought off.”  Interestingly, she testified that she thought she was replying in a direct (one-to-one) message to an inquiry from a single follower, and she apparently deleted the post only an hour after sending it.  The fact that virtually no one saw her message became an element of her defense.

But even limited distribution communications can support libel claims. (Years ago, courts analyzed whether an executive’s dictation to a secretary was sufficient “publication” to support a libel case; in most states, it was.) And the gist of Love’s social media message was pretty strong: Alleging that an attorney was “bought off” suggests either criminality or unethical conduct. So the plaintiff had spelled out key elements of a libel claim — a false, defamatory publication.

The role of privilege

Ultimately, the case turned on constitutional privilege, the special “breathing space” for free speech that the Supreme Court created fifty years ago, in the landmark 1964 case of New York Times v. Sullivan. Sullivan protects unknowingly false speech in cases involving public officials or public figures. The plaintiff, as an attorney for a celebrity, was deemed to be a public figure for purpose of her dealings with Love. Thus, she bore the burden of proving, with clear and convincing evidence, not only that the accusation against her was false, but that Love knew it to be false (or acted with reckless disregard of truth).

We know that was the key issue in the Love libel case, because the trial court, following a procedure first used in 1985, had the jury specifically answer the question, "Did Rhonda Holmes prove by clear and convincing evidence that Courtney Love knew it was false or doubted the truth of it?" The jury’s “no” answer ended the case, in Love’s favor.

That may be another explanation for fewer libel cases. Special interrogatory jury instructions help a lot in libel cases, by separating and clarifying key issues. With a general verdict form, juries are more likely to rule against a defendant that published a false and defamatory report. But when jurors must confront, clearly and separately, the key issue in the Sullivan privilege — did the defendant know the statement was false? — that privilege is more likely to be applied, as it was in the Love case. It is possible that knowing that the Sullivan privilege is more likely to be applied, fewer plaintiffs bring libel suits.

Is counter-speech the best remedy?

The Yelp case points in yet another direction. There, a Virginia woman, Jane Perez, posted scathing reviews of the work of a contractor, Christopher Dietz, on Yelp, a business review site. The contractor responded with his own online accusations against her. He sued, and she countersued. After a week-long trial, the jury returned an unusual verdict: Each party had defamed the other, but neither deserved any damages.

To some extent, the verdict calls to mind the argument made in the early days of the Internet that, because the Internet made it so easy to directly respond to allegations in front of the same audience who viewed the original accusation, libel simply didn’t apply there. Legally, the argument was ridiculous. But as a practical matter, it may well explain the drop in asserted libel claims. Free speech advocates have long argued that “counter-speech” is the best argument against false claims. On the Internet, counter-speech is readily available, people use it, and there is accordingly less need to resort to the legal system. And when legal claims are brought, at least in the Yelp case, jurors may feel that the best remedy is the back-and-forth of speech and counter-speech, not damages awards.

We don’t know for sure why libel claims have dropped even as published communications have skyrocketed. But the legal exemption for Internet intermediaries, better understanding by jurors of constitutional privilege, and an overall feeling that counter speech is the best remedy, all likely contribute.

This could be bad news for tabloid readers, since Courtney Love lawsuits are always fun to read about. But it is good news overall if the trend continues and we see fewer libel suits, which are costly, frustrating, and rarely productive for anyone.