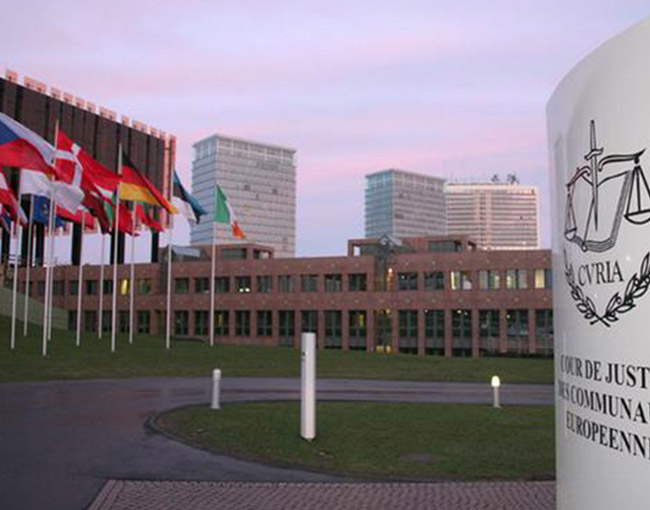 The European Court of Justice’s decision in the Google Spain “right to be forgotten” case isn’t just a ruling about a crazy European regulation. Commentators who brush it off on that basis, or as an anti-free-speech aberration, are missing its significance and the lesson it sends to the Internet users and regulators worldwide.

Burdening Google’s web search is unpopular. We all use Google’s web search. It is the most frequent entryway to Internet, and an awesome tool for online exploration. Policymakers know that their constituencies generally don’t want them interfering with Google search. Judge Alex Kozinski of the U.S. Court of Appeals for the Ninth Circuit explained a few years ago that in order to get support for his position in one landmark Internet case, he had to convince his fellow judges that the decision would not hurt Google. With a wink, he noted the first letter of every paragraph in his opinion spelled out the message, “THIS WILL NOT HURT GOOGLE.”

But in the Google Spain case, the European Court of Justice did burden Google. It took the unprecedented step of commanding that Google conceal rather than reveal information that was publicly posted on the Internet. Why?

The case involved a legal debt-collection notice, concerning the plaintiff, Costeja Gonzalez, which was originally published in a Spanish newspaper in 1998, and still available in 2010 on the Internet when Mr. Gonzalez sought its removal as outdated and moot (because the debt collection had previously been resolved). In an administrative action, the Spanish data protection agency ruled against Google, which appealed to Spain’s National High Court. That court certified key questions to the European Court of Justice (ECJ).

The ECJ clearly took the case seriously. An advocate general of the court prepared a lengthy analysis and recommendation that provided background on Internet realities and the policy implications of making Google liable for removing links to old and allegedly out-of-date content. The court en banc (“grand chamber”) ruled on the case on May 13, 2014.

Initially the court found that under the EU’s 1995 Data Protection Directive, Google was a “data processor” (something that “goes without saying” in the advocate general’s view), and a data “controller” (a more controversial determination), because Google determined the purposes and means of its web searches. So classified, Google was subject to the Data Protection Directive.

That Directive included rights of individuals to seek erasure of incomplete or inaccurate data, or data otherwise not in compliance with the Directive. While the advocate general viewed these rights under the 1995 Directive as falling short of the “right to be forgotten” proposed for the proposed new EU Data Protection Regulation, the Court viewed them as effectively creating a right to be forgotten. And it applied the right not just to incomplete and inaccurate data, but also to outdated data, no longer needed for its original purpose. In effect, it applied a concept of data minimization — that data should not be further used once the original purposes for its collection and dissemination were satisfied. The legal notice about Mr. Gonzalez’s 1998 debt was no longer relevant.

With Google classified as a data controller, the conflict was clear. Mr. Gonzalez sought removal of the notice from his long-ago debt from Google search results, on grounds of his privacy and his right to be forgotten. Google sought the right to include that information, particularly because it was still legally posted on the Internet site of the newspaper that first published it. Here, the advocate general had urged that Google fulfilled useful functions in making information available, and it should prevail.

The Court, however, balanced the two interests differently. It focused on the impact on Mr. Gonzalez and similarly situated individuals, and found that ready Internet accessibility of private information seriously interfered with their privacy interests. Indeed, while the advocate general had focused on the benefits of Internet search, the Court focused on the detriments of retrieval of outdated information. It found that the centrality of the Internet heightens “the effect of the interference” with privacy rights, because Google search results make the private information “ubiquitous.” Indeed, the Court noted, availability of information on search results pages likely “constitute a more significant interference with the data subject’s fundamental right to privacy than the publication on the [original] web page.”

Interestingly, the Spanish data protection agency found no need for the original publisher of the legal notice about Mr. Gonzalez to take down the notice, because of a privilege in Spanish law. In its absence, Google, a mere intermediary between that publisher and the public, became the focus of the case in the ECJ.  The issue became solely Google’s indexing of legally posted information.

The Court concluded that in the case of information subject to the right to be forgotten (inaccurate and incomplete data, and data that are “irrelevant or excessive in relation to the purposes of the processing”), a data subject’s rights outweigh both the economic interest of the search engine operator, and the interest of the general public in searching and finding that information. It noted, however, that it assumed that the information related to a private person, and it acknowledged that the balance could be struck differently if the data subject had a role in public life.

The ECJ is a court of last resort. It has pronounced the law of the European Union and it has embraced an robust, though not unlimited, right to be forgotten. And it made that right enforceable even against Google, a party that had no responsibility for the original publication and that provides an inestimable service to Internet users worldwide. Again, why?

While most observers had expected a narrow ruling about who qualifies as a “data controller,” the Court went further, and its decision focused on the balance between privacy and free expression rights. When the Court examined free-expression justifications for the continued ready availability of the old postings about Mr. Gonzalez, it found no persuasive answers.

Inertia is the greatest force in the world, and most publishers, in view of the ease of Internet publishing and the low cost of Internet storage, tend to publish practically everything on the Internet, and leave it there forever. The 12-year-old debt collection notice about Mr. Gonzalez isn’t an aberration; a lot of what was posted long ago on the Internet, and still accessible, is often outdated, unneeded, and irrelevant. It can be hard to justify within a system — like Europe’s — that balances privacy and expression interests.

By ruling on Google searches, a ubiquitous and central feature of the Internet,  the Court sent a message to everyone about its concern about the privacy-free expression balance. To oversimplify, because the ECJ decision speaks to Google, the king of the Internet, it also speaks to all Internet publishers, and tells them to come armed with good justifications, not just habit and technological capabilities, for what they publish and make available.

Future right-to-be-forgotten cases are likely to involve publishers, not search engines. At least in Europe, publishers who seek to justify their current methods about archival material need to formulate better freedom of expression rationales if they are to overcome personal privacy interests. This may mean injecting more editorial discretion into their practices. Internet players have long asked for the freedom to regulate themselves. But continued publication of everything, no matter how old or irrelevant — we can call it default publishing — looks less like editorial discretion and self-control than an unthinking automatic process. For the freedom of expression argument to succeed in the next right-to-be-forgotten case, publishers are going to have to start acting more like true publishers, making editorial choices about archival publishing.

Even American companies, although protected by the First Amendment from right-to-be-forgotten-like injunctions, may find lessons from the ECF’s skepticism about default publishing. A lot of Internet publishing in the last 20 years, like the continued publication of old content, has been driven more by technology than editorial choice. News websites welcomed anonymous commentators (often mean, nasty, and reckless), because the Internet made it possible. They left those comments unedited, because U.S. law (section 230 of the Communications Act) immunized them from liabilities for such content. Publishers that hosted creative content tolerated infringement, because the Digital Millennium Copyright Act placed the enforcement burden on others.

When in all kinds of future cases, European and American, Internet freedom of expression defenses are put to the test, the Google Spain case tells us that Internet publishers will be better positioned if they can show that their Internet publishing practices are careful expressions of their considered editorial discretion, not just automatic or default practices.