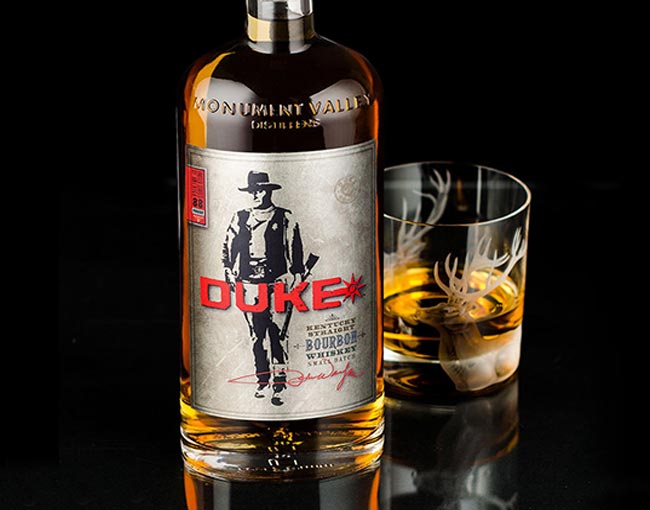 Duke, Hershey, and Winston: Who gets to trademark a famous name?

Common sense tells you that you can always use your own name. But under trademark law, that’s not always true. Three recent cases illustrate this conundrum, which plays a major role in many Internet marketing and domain name disputes.

Let’s start with Maryland State Senator Steve Hershey. In three of his political campaigns, he seemed to gravitate toward campaign signs that used a brown background, a white border, and his last name “HERSHEY” in bold white letters. In short, his campaign logo looked just like the famous HERSHEY’S bar wrapper.

Politicians certainly have the right to use their own name in their campaigns. But the way Senator Hershey used his was hardly benign. It necessarily called to mind the famous candy bar — the top-ranked brand of chocolate candy with annual sales of more than $1 billion.

Senator Hershey’s defenses were readily rejected when Hershey’s sued to enjoin his advertisements. He claimed to avoid infringement by using a dual-tone brown Maryland flag as the background, and he pointed to his lack of a possessive at the end of his name. But the court found the overall appearance “substantially similar.” He claimed no one would confuse candy and politicians, but the court noted that viewers might believe the candy maker supported him. He claimed he had a First Amendment right, but the court found no First Amendment right to infringe.

The court granted Hershey’s requested injunction on July 17, requiring the senator to change his signs and Internet site immediately, and to communicate with voters without using Hershey’s candy trade dress.

The John Wayne Enterprises complaint waxes lyrical about the actor. It mentions Wayne’s movies, his Academy Award nominations, his Congressional Gold Medal, and his Presidential Medal of Freedom. It also admits that “Duke” was at most his nickname, which originated with the name of a dog that the young Marion Robert Morrison (later John Wayne) owned as a boy in Glendale, Calif.

It’s at least five steps from dog to plaintiff (the dog, Marion, “John Wayne,” Wayne as “Duke,” Wayne’s estate, and the company that now exploits his celebrity rights), but that is not uncommon among modern trademarks. The nickname “Duke” clearly has value to John Wayne’s heirs.

But the name “Duke” also has trademark value to Duke University, and various conflicts between these two marks have been quietly fought for almost a decade. The John Wayne organization even at one point opposed the university’s application for DUKE MEDICAL, on theory that it would create confusion with the John Wayne Cancer Institute. The university now cites that filing in claiming that the Wayne group conceded a likelihood of confusion, and that the university, with priority going back to its first trademark use in 1924, should prevail in a new case based on John Wayne Enterprises using "Duke" to sell a brand of bourbon.

There is one certainty in every name-trademark case: It will not be decided — as a layperson might expect — on the simple basis that everyone has a right to use his or her own name. As these cases show, multiple people or entities often have the same name, and one party or the other is going to have to be restricted in the commercial exploitation of his or her own name. The decisions often focus on priority, likelihood of confusion (including confusion as to possible affiliation or endorsement, as in the Hershey case), and dilution of the value of famous marks.

Sometimes the cases are decided fairly easily when one party’s name adoption seems suspicious. That occurred in an early Internet domain name dispute, when persons opposed to the animal-rights organization PETA (People for Ethical Treatment of Animals) jumped ahead of that organization and registered the peta.org domain name. When they posted their own organization website revealing their name (People for Eating Tasty Animals), the claim-squatting nature of their registration became apparent.

More often, legitimate name conflicts arise among persons with the same name. In a case decided on July 9, for example, the Trademark Trial and Appeal Board refused to permit registration of the mark BRUCE WINSTON by the son of the famous jeweler Harry Winston, noting that members of the public would inevitably connect the two businesses. The HARRY WINSTON mark, moreover, was particularly strong because of Harry Winston’s reputation during his lifetime as the “King of Diamonds,” and the fame he achieved by having celebrities wear his jewels at Academy Awards and other ceremonies.

In another noted case from 1989, Joseph Gallo, brother of Ernest and Julio, the famous winemakers, sought to use his own name in a company, Gallo Cattle Company, that made and sold cheese. A court eventually restrained his use of his own name, because consumers would erroneously conclude that he was affiliated with his brothers’ wine business.

That decision was based in part on the fact that wine and cheese are complementary products, and consumers might well conclude that the same company might make both. That’s what makes the pending case between Wayne Enterprises and Duke University especially intriguing. Most of the trademarks at issue are for alcoholic beverages, including “DUKE Kentucky Straight Bourbon Whiskey.” A court may have to consider: How closely related are alcohol and a university?