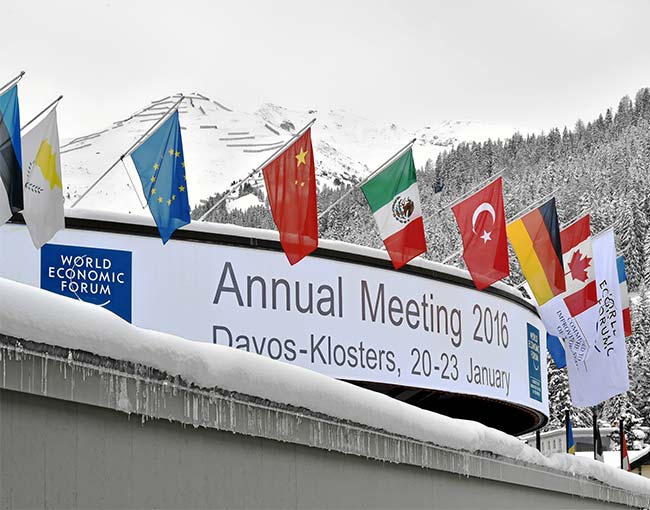 If you care about the latest in Internet policy, you probably wish you were side by side with industry and world leaders at the World Economic Forum in Davos, Switzerland — maybe participating in a panel with Bill Gates, Sheryl Sandberg, and Angela Merkel. (I understand the feeling; my invitation must have been lost in the mail.)

But don’t worry – a lot of good Davos analysis is available even to those of us far from the Matterhorn. The “future of the Internet” is one of the 10 global challenges that Davos is examining in 2015, and the forum’s organizers have posted online a lot of interesting materials on this topic.

For example, Microsoft’s poll on how personal technology is changing lives, highlights differences in how first and third world citizens view the Internet. In developing countries, there is more skepticism about how technology benefits social bonds and far more skepticism of the media because of technology — but, surprisingly, far more enthusiasm for STEM education and careers.

The Microsoft study concludes that people everywhere are greatly concerned about the Internet’s impact on privacy. It’s hard to tell how helpful this conclusion is, because the questions asked aren’t included in the PowerPoint, and surveys that ask about privacy in general terms often don’t reveal how people feel about specific instances of information collection or usage that may bring them benefits. But the Microsoft study found that respondents from all over the world believed that current legal protections for users of personal technology are insufficient. Oddly, by similar percentages, respondents said they didn’t feel fully aware of what types of personal information were collected about them.

Davos has been studying people’s trust in the Internet and in the digital practices of governments and business enterprises for years, and a more extensive report on “The Internet Trust Bubble” is available on the forum’s website.

Search engines as a news sources

A different survey, prepared for Davos, by the Edelman public relations firm, appears to show some interesting trends in media consumption and trust. The survey, conducted since 2002, asked respondents about their trust level of various media segments. In the 2015 study, online search engines broke through as the most trusted news sources, beating out the traditional media that had beat them in prior years. And, among millennials, search engines had an even stronger lead.

There’s some consolation for traditional media in the Edelman report — they are still more trusted than social media, even though trust in social media is rising.

Some of the many reports prepared for the 2015 Davos conference can be found on the Davos website.

Highly relevant to today’s headlines, Davos has published a new report on cybersecurity, “Partnering for Cyber Resilience.” You may not want to put it at the top of your reading list, however, especially if you don’t like to see cost-benefit curves applied to serious threats. Here’s a key conclusion: “There is no silver bullet to address foolproof cyber resilience.” And a key passage illustrating the depth of the problem:

There’s also an interesting report on the use and collection of personal data. It takes the unusual approach of analogizing current data privacy laws to the automobile laws of 19th century Britain, where early self-propelled vehicles could be operated only if “accompanied by a man with a red flag walking 60 yards ahead of the vehicle.” The report found that significant changes will need to be made to transform data privacy regulation from today’s often ineffective and poorly understood prescriptive restrictions (our counterparts of the man with the flag, apparently) to the kind of “flexible, accountable and human-centered principles” that will work for all parties.

We should also see a new Global Information Technology Report from Davos this year. Last April’s report, which drew on data from 160 institutes around the world, and covered 148 economies, stressed the rewards of big data. In the introduction to the 2014 report, Cisco chairman John Chambers noted that the world was moving toward what he called the Internet of Everything, a $19 trillion global opportunity for both increased corporate profits and “improved citizen services, cost efficiencies and increased revenues for governments and other public-sector organizations.”

If you’re still up for more heavy Davos reading, you’ll also find reports on the digital infrastructure, high-impact entrepreneurs, and “The Business of Creativity.” Finally, if you’re still distraught about not being there personally, look up the forum’s new report on “Maximizing Healthy Life Years.”  You can skim its great infographics, and validate your healthy lifestyle choices (no risking skiing in Switzerland; no long late nights with fellow billionaires), which may “generate superior returns” for your life.

Mark Sableman is a partner in Thompson Coburn’s Intellectual Property group. He is the editorial director of Internet Law Twists & Turns. You can find Mark on Google+ and Twitter, and reach him at (314) 552-6103 or msableman@thompsoncoburn.com.