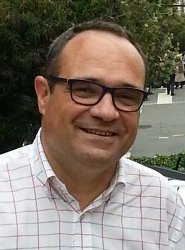 News aggregation services, particularly Google News, appear to be under attack in several European countries. Belgium, Germany, and most recently Spain have tried to limit Google’s ability to aggregate news from news media sources in those countries, mainly by requiring Google to pay royalties to the publications that appear on Google News’ feed. Most U.S. news reports on these developments have been fairly basic, setting up a “Europe versus Google” conflict without giving much detail.

To get a better idea of what is going on, I recently communicated with Professor Miquel Peguera, an Internet law expert at the Open University of Catalonia in Barcelona. He writes a blog on ISP Law, co-edits the Journal of Intellectual Property, Information Technology and E-Commerce Law, and has been a visiting scholar at Columbia University. He graciously shared some helpful observations about the new Spanish law.

Mark Sableman: Professor, we’ve all heard that Google actually shut down its Spanish version of Google News because of this law. That sounds pretty drastic. What did the law actually say?

Miquel Peguera: The provision is Art. 32(2) of a major copyright revision law. It's available here (in Spanish). It refers to providers of aggregation services, and it covers only the publishing of non-significant fragments (typically snippets). It does not establish liability, but a levy system. You don't need authorization, but you need to pay a levy, compulsorily handled by a collective society. However, this levy needs further regulatory development.

Peguera: Yes, it appears that the main purpose of the law was to make Google News pay for its aggregation of Spanish news sources. Now that Google News has closed down its services, it is possible that this provision will never be enforced, or even deleted from the law. And we’re not sure if the regulations needed to support it will finally be developed.

Sableman: What about other aggregators, including businesses that aggregate on an incidental basis?

Peguera: The actual provision refers to online aggregators which make available to the public non-significant fragments of contents which have a purpose of informing, creating public opinion or entertaining and have been published in periodical publications or in websites that update periodically. Thus, other aggregators that systematically put together links to those contents, showing the headline and a short snippet, will also fall under the provision. However, the law expressly leaves out the operation of search engines, that is, the provision of search results based on a search query, as long as making available those results has not a commercial purpose in itself.

As for business that occasionally link to online newspaper articles, I understand they would clearly fall outside the so-called Google Tax, as it only deals with actual aggregation services.

Sableman: So are occasional links always lawful in Spain? Even if they are embedded links?

Peguera: If you actually "reproduce" the article (you make and store a copy of it) you're infringing the reproduction right. If you merely link to the article's original source (even if it is via an embedded link), the current approach, after the Svensson ruling by the Court of Justice of the European Union, is that it is not a copyright infringement, provided that you are linking to the original source and that source is freely accessible to everyone (i.e. it is not behind a pay wall or requires password or subscription). In those cases, the CJEU deems that while the one who establishes the link "communicates" the work, he does not communicate it to a new public, different from that already taken into account by the copyright holders when putting online the article for the first time.

Sableman: That fits with my conclusions generally about the right to link. I’ve written about the right to link since the early days of the Internet, and it seems fairly settled that a mere hyperlink to content on the public Internet is almost always allowable, unless there is something deceptive or misleading about the way the link is portrayed.

Peguera: That’s right, for links to public materials. If what you're doing is linking to contents which are located behind a pay wall (circumventing the access restrictions), then some courts may consider that you are carrying out an unauthorized communication to the public and hence a direct copyright infringement.

On the other hand, if the linked-to content happens to be illegal (for instance defamatory content) you are still covered under the so-called linking safe harbor, and thus you will not be liable if you lack actual knowledge that the content is unlawful or upon obtaining that knowledge you disable the link.

Sableman: So what are readers in Spain doing these days without Google News? Actually going to newspaper and television station websites and reading the news there directly? Going to other aggregators? Reading the news from Latin American versions of Google News?

Peguera: That’s hard to say, but some are most probably using just Google search, which still allows you to search within “news,” and thus getting results from news sources.

Sableman: Professor, thanks so much for helping us understand the Spanish law. For those who want more information on Internet law in Spain, the Open University of Catalonia has some excellent articles by Professor Peguera and his colleagues, available here.