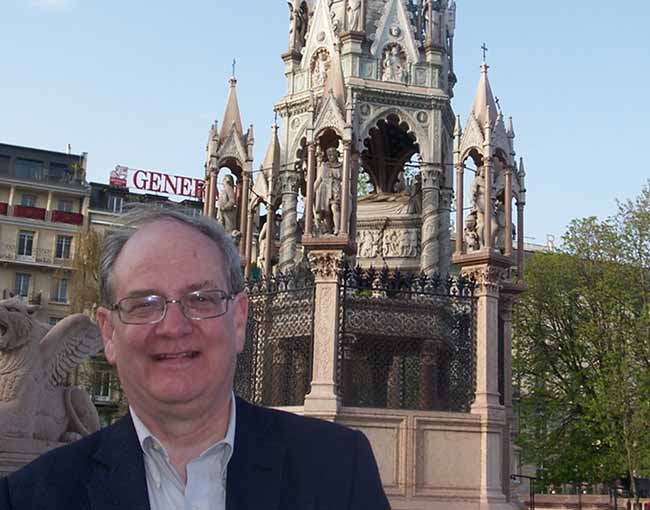 Duke of Brunswick rule strikes out for Internet lawsuits

If you publish something on the Internet, would it be fair if someone could sue you for it many years later?

Of course not. Because of statutes of limitation, a claimant has only a limited time period after any occurrence in which to bring a lawsuit.

But courts throughout the English-speaking world have repeatedly grappled with this issue — not because it is really that difficult, but because of a 166-year-old British court decision.

Indeed, in mid-2015, the United States Court of Appeals for the Sixth Circuit, in Cincinnati, in applying Tennessee libel law to the Internet, addressed in detail a 1849 English case involving the Duke of Brunswick and his manservant.

The good news first: A simple, clear, logical rule applies to Internet publishers in Tennessee and indeed every other U.S. state that has addressed the issue. It is called the Single Publication Rule, and it provides that litigants have a single limitations period, which begins running on the first publication. Put simply, the litigation clock doesn’t start again when an article is republished in a different place or format (unless it is so significantly changed it that it constitutes a new “edition,” like the new edition of a book).

This rule gives publishers certainty. It requires claims to be brought when writers and witnesses, and their recollections, are fresh. It prevents abusive assertion of stale claims. And the Sixth Circuit said, yes, it applies even in the face of that venerable precedent, Duke of Brunswick v. Harmer.

The Duke ruled the German Duchy of Brunswick until he was essentially thrown out by his subjects in 1830. In his exile, he lived the life of a wealthy, highly eccentric hedonist. Litigation was his favorite sport; he reportedly filed hundreds of suits, including many against his own daughter.

In one case, the Duke didn’t get around to suing a newspaper until 17 years after its publication. No problem — he sent his trusty manservant to the newspaper office, and the manservant purchased the back issue that contained the allegedly libelous article. Then the Duke sued — claiming that because his manservant just bought the paper, the limitations period should begin running again, from that sale.

The Duke, essentially, manufactured a publication so that he could sue on it. But the English Queen’s Bench court approved his theory in 1849, and promulgated the rule that the limitations period begins anew every time a publication reaches a new audience.

American courts took a different approach, with the Single Publications Rule. But recently, litigants in U.S. courts have tried, essentially, to revive the Duke’s case in America. They want every Internet publication to re-start the limitations clock. They claim that every day of Internet publication is new and different, that slight changes in the way articles are published or formatted on the Internet should count as new editions, and that the exposure to new audiences should support new limitations periods.

As the Sixth Circuit’s decision, Clark v. Viacom International, Inc., shows, U.S. courts are sticking with the Single Publication Rule. The two plaintiffs in Clark had been disqualified from the TV show “American Idol,” and they complained, almost a decade after the event, of articles on the Internet about their disqualification. The court rejected their case, finding it barred by Tennessee’s one-year statute of limitations for libel.

The court noted that the rule of the Duke’s case would allow a plaintiff to “evade” the limitations period through the “ruse” of having a long-published newspaper newly exposed to his agent, thereby rendering the statute of limitations “a dead letter.” Even before the Internet era, the court noted, Tennessee courts had studied and rejected the rule of the Duke’s case, as “out of sync with modern mass communications technologies.” And the Sixth Circuit, citing Tennessee precedent, concluded that the single-publication rule “is intended to eliminate the ‘harassment’ of publishers that would chill mass communication practices and is therefore ‘far more suited to contemporary life’ than Duke of Brunswick’s multiple-publication-rule regime.”

The multiple publications rule of the Duke’s case, in short, is dead in America. (About 20 prior decisions since 2002 in many states have reached the same conclusion as the Sixth Circuit.) Courts in Canada have reached similar conclusions with respect to Internet archives, and an Australian Supreme Court judge has questioned the case’s modern viability.

Which leaves only a few questions open. What about England, where Duke of Brunswick v. Harmer began? A story in the Guardian a few years ago noted: “Libel legacy of ousted aristocrat threatens internet.” The House of Lords came close to disavowing the rule in Jameel v. Dow Jones in 2005, acknowledging that the Duke’s suit would be viewed as abusive by today’s standards. And finally Britain adopted the single publication rule in libel reform legislation effective in 2014.

As for the Duke, he knew he was a scoundrel with few friends, so he created his own memorial to himself, a gaudy rococo monument, just outside the luxury lakeside Geneva hotel where he spent his final years. As courts around the world follow America’s lead in rejecting the ruling of Duke of Brunswick v. Harmer, that monument will stand alone as the crazy Duke’s only legacy.