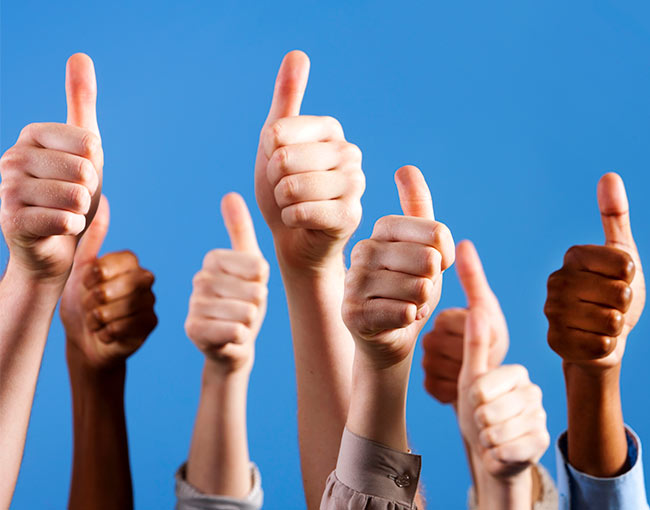 In a world where people go online to tell friends and strangers alike how they feel about everything from their newest mobile device to a restaurant down the street, it’s tough to know why opinions are shared in social media. But some social media opinion sharing can, and does, lead to liability. The key issue is the motivation for the post.

Was that YouTube video about a video game console the honest opinion of the person who made the video or just another piece of marketing from the video game company? Did your friend share a social media post because she truly agrees with its message or likes the featured product or because it was an opportunity to enter a contest?

Just this month the Federal Trade Commission (FTC) settled charges in a case involving a video endorsing a product, and last year it concluded an investigation about image posting. Before we get into the specifics of those cases, it’s first helpful to understand the FTC’s role.

Generally, the FTC prohibits unfair and deceptive acts or practices. When it comes to endorsements of products or services — whether by celebrities or others — the FTC’s endorsement guidelines and FAQs explain some types of activities that might be considered deceptive, and how to handle different situations.

Among other things, the FTC endorsement guidelines require disclosure of any connection between an endorser and a seller of an advertised product that might “materially affect the weight or credibility of the endorsement”.

What kinds of connections need to be disclosed? First consider whether the connection between the endorser and seller is one that consumers wouldn’t expect. For example, did the endorser get a product for free or get paid for the statements that he is making? If so, is that connection apparent from the ad? If that connection isn’t apparent, the endorser should disclose the relationship. Otherwise, the FTC might consider the ad deceptive.

In one case, Machinima, a video entertainment company, recruited “influencers” to create videos as part of a marketing campaign about Microsoft’s Xbox One System. Those videos had to comply with certain criteria — including a requirement that the video show Microsoft products in a positive light. Machinima guaranteed that its influencers’ videos would be viewed at least 19 million times and compensated each influencer — sometimes with as much as $15,000 or $30,000.

The videos didn’t disclose that their creators were compensated. Instead, according to the FTC, the videos gave the impression that they were independently made and that the views given in the videos reflected the influencers’ own independent and voluntary views.

In the end, Machinima agreed to settle the FTC’s charges that it engaged in deceptive advertising. As part of the settlement, Machinima must take certain steps in the future to ensure that its influencers clearly disclose when they have been compensated in exchange for their endorsements.

This isn’t the first time — and surely won’t be the last time — that the FTC has investigated online endorsements. One difference is that, in some recent cases, the FTC has simply issued a closing letter, without initiating a proceeding.

In one case, a footwear company held a contest that encouraged individuals to post images from the company’s Pinterest board, along with a hashtag that included the contest name (e.g., #[Contest Name]), for an opportunity to win a shopping spree. The FTC viewed the “pins” as endorsements and was concerned that consumers viewing them wouldn’t understand that they were part of a contest.

Another case involved an event where individuals received a trip to Boston, along with meals and tickets to various events around the area. The participants were also given mobile phones to take and tweet photos and were encouraged to use a hashtag identifying them as part of the company’s “team.” The FTC noted that the majority of individuals did not use “#ad” or “#sponsored” (which it suggests in its guidelines) to disclose that they had been compensated.

In each of these cases, the FTC ultimately decided not to recommend enforcement action due to the particular circumstances. In the contest case, the FTC also noted that it had not previously addressed entry into a contest as a “material connection.” The outcome of these cases could have been different under other circumstances, and the FTC might be more aggressive the next time it addresses these issues.

Because of the FTC’s requirements, companies that provide incentives to people who promote or endorse their products should make sure those individuals disclose their relationship, if it isn’t otherwise apparent. Otherwise, they might find themselves in the FTC’s crosshairs.

Jennifer Visintine is a partner in Thompson Coburn’s Intellectual Property group. You can reach her at (314) 552-6580 or jvisintine@thompsoncoburn.com.