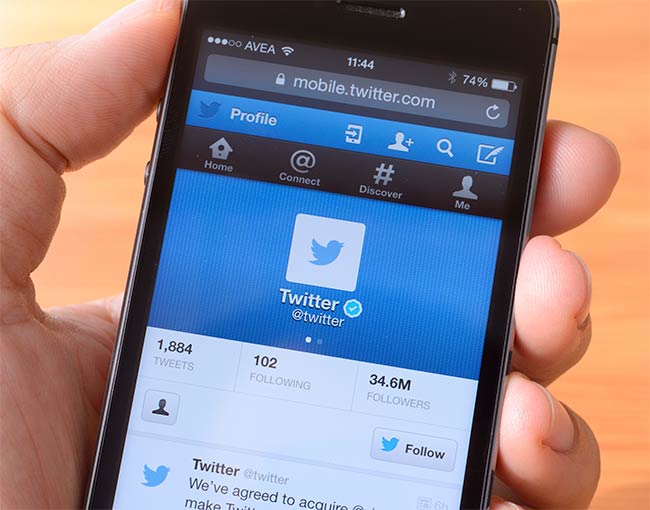 Rapper rumble leads to legal rumble over use of tweet

If you have any remaining doubts that even tiny tweets can lead to major litigation, consider the “Ri-Ri’s Rumble” case.

The case has everything: rappers, Rihanna, an eruption at a nightclub and the threat (or maybe non-threat) that a bystander (or non-bystander) would “start shooting in the air.”

The case, decided late last year by a New York court, involved a mid-2012 incident at WIP, a Manhattan nightclub. Rappers Chris Brown and Drake (both of whom had relationships with the singer Rihanna) and their entourages were both at the club. The iPad newspaper app The Daily reported on the incident, under the headline, “Ri-Ri’s Rumble.”

As The Daily told it, Brown sent a bottle to Drake’s table “perhaps to show that he didn’t care that Drake had hooked up with his ex — or to flaunt the fact that he’s rekindled his romance with her.” Drake, the paper reported, sent it back with a short note, with expletives, indicating that he was very happily in a relationship with Rihanna, so “deal with it.”

Then things got interesting, the paper reported: “As rappers Maino and Meek Mill looked on, Brown and Drake’s entourages threw bottles and fists throughout the club.”

The Daily article next quoted a DJ, John Rashad Franklin, also known as DJ Rashad Hayes. Hayes had posted this tweet about the altercation: “I was gonna start shooting in the air but I decided against it. Too much violence in the hip hop community.” Hayes – who brought the lawsuit against The Daily – explained in the suit that he posted the tweet after he learned about the altercation from two friends.

The Daily article, apparently assuming that Hayes witnessed the altercation, quoted from his tweet. It quoted only the first sentence – “I was gonna start shooting in the air but I decided against it” – not the second one about too much violence in hip hop.

In his lawsuit, Hayes claimed that The Daily article libeled him. He said it falsely portrayed him as being present in the nightclub. And he contended that because it quoted only part of his tweet and not the final line, it made things look like he was “a gun-toting psychopath with an itchy trigger finger.”

Hayes argued that The Daily’s account hurt his career by causing him to be banned from the WIP nightclub (where he had sometimes DJ’d), and by giving the false impression that he would speak with the press about the goings-on at trendy clubs and private parties attended by celebrities and wealthy professionals.

The Daily moved to dismiss the suit, arguing that Hayes couldn’t win even if all of his allegations were true. The paper said it wasn’t libelous to identify someone as a witness to an altercation, and Hayes couldn’t make out a libel case given that his tweet was accurately quoted. The trial court, in 2014, refused to dismiss the case, and in late 2015, the New York Supreme Court, Appellate Division, agreed that the case could proceed, at least in part.

The appeals court agreed with The Daily that Hayes couldn’t sue on a mere statement that he was an eyewitness: “The import of this statement is innocent on its face, since it merely conveys that plaintiff was sitting at a table observing his surroundings.”

But as to the omission of the tweet’s last sentence, the appeals court held that Hayes raised a triable issue. Though it did not endorse Hayes’ claim that The Daily made him out as “a gun-toting psychopath with an itchy trigger finger,” the court concluded that ordinary readers might assume, from the quoted sentence, that Hayes was present in the club and “prepared to shoot a firearm.” That is, the partial quotation might have given readers a significantly different impression of Hayes than if the full tweet (with its final sentence, “Too much violence in the hip hop community”) had been quoted.

Essentially, the appeals court relied on the principle that allegedly libelous statements must always be evaluated in context. In the context of The Daily article, it was the court’s opinion that there was at least an arguable position that readers would picture Hayes as ready to pull a gun and fire — a picture generally dispelled by his final sentence.

Plenty of issues remain to be decided in the case, since the appeals court ruling came in a procedural context in which every doubt was resolved in favor of Hayes’ allegations. Among other things, The Daily will press its argument that it shouldn’t be liable for accurately quoting the plaintiff’s own words, and it may point to the ways in which Hayes’ tweet suggested that he was present at the event.

But the big takeaway from this case, as from other Twitter libel cases, is that even those tiny 140-character-limited messages known as tweets can lead to full-fledged litigation, subject to the same full and painstaking linguistic and legal scrutiny as any other case.

For publishers like The Daily, the message seems to be: “Litigation over social media posts – deal with it.”