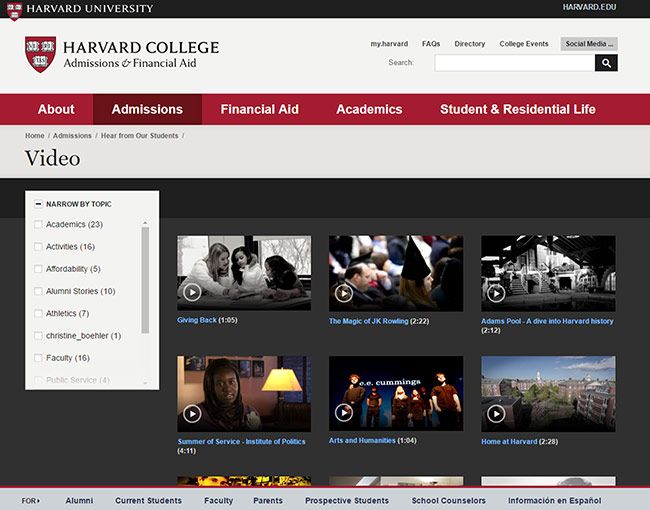 Your website consists of visible text and graphics, geared to the sighted reader. Its terms and conditions include legal disclaimers and limitations of liability, which, it explains, apply unless they are specifically prohibited by law. As a service to the public, you have posted scores of videos providing useful information for consumers in your industry.

Are these common practices illegal?

Some class action lawyers say so. They’ve been making claims against standard websites that they claim violate the federal Americans with Disabilities Act or a New Jersey consumer protection statute.

Class actions targeting website practices aren’t unusual. In the early days of the commercial Internet, many companies were sloppy with their website terms and privacy policies. Most notably, high flying dot-com companies that promised never to sell their customer data were caught flat-footed when the bubble burst. In liquidation, their customer lists were their most saleable assets, which they then usually sold, in violation of their prior promises.

Cases from that era showed the legal vulnerability of disconnects between website promises and actual business practices.

Similarly, when web technologies ran ahead of website disclosures, as allegedly occurred in some cases with behavioral advertising, customer tracking, and information sharing practices, the class action lawyers pounced then too. On multiple occasions in 2010 and 2011, the Wall Street Journal’s “What They Know” series would run articles about customer tracking on the Internet, and, the very next day, class action suits were filed keyed to the practices revealed by the Journal.

The ADA and New Jersey suits appear to be the newest wave of Internet class actions —ones that have the potential to reach thousands if not millions of website operators.

The ADA claims, most of which are being made through private letter demands, assert that public websites qualify as “public accommodations” under the ADA, and hence under ADA’s Title 3, accommodations need to be made for persons with disabilities to ensure their equivalent opportunities to participate in the goods, services, or privileges provided. Plaintiffs’ lawyers claim that websites don’t comply with ADA if they don’t meet unofficial published accessibility standards of the World Wide Web Consortium.

In several early decisions, courts have refused to dismiss ADA claims concerning websites. In one case, Netflix entered into a consent judgment, agreeing to index and increase its closed-captioned content, after a court held that Netflix’s streaming-movie service was covered by ADA, and refused to wait for the FCC to formulate its broadcasting accessibility rules. In another recent case, a federal magistrate recommended that a case by the National Association of the Deaf proceed against Harvard University. The association and several of its members complained that of the many videos accessible on the Harvard website, relatively few contained content accessible by deaf and hard of hearing persons.

These early decisions aren’t necessarily the final word, and we can expect some continued sparring between class action and defense lawyers about the coverage of the ADA, including what website practices qualify as “public accommodations.”

The Department of Justice is working on regulations setting specific accessibility standards for websites, but its rule-making process, which began in 2010, is moving slowly; regulations on the public accommodation title, most relevant to private website operators, aren’t expected until 2018. The upshot is that many website operators may have to deal with the class action threats without specific regulatory guidance on what they should be doing.

For now, companies that are potential targets of ADA claims should examine their website accessibility, and take steps to ensure that services they offer through their websites are also available to the disabled, even if through different means. Covered disabilities include blindness, deafness, color blindness, repetitive stress injury, tremors, and mental illnesses. Website content may often be made accessible through “assistive technologies,” if websites are coded and organized to support those technologies — for example, if the website makes available transcripts corresponding to its posted videos.

The New Jersey claims, though narrower than the ADA claims, carry a potentially more potent threat. Unlike the ADA, which limits plaintiffs to their actual losses as damages, the New Jersey statute that is being asserted against many e-commerce websites carries a $100-per-violation penalty. If, as the claimants assert, every interaction with a New Jersey consumer constitutes a separate violation, damages could add up quickly.

The statute, the Truth in Consumer Contract, Warranty, and Notice Act, governs how certain legal disclaimers and limitations of liability are communicated to New Jersey consumers. The claimants assert that standard language found in many website terms and conditions, like “void if prohibited by law,” violates the statute’s requirements.

As with the ADA cases, there are many open questions about the New Jersey claims, including whether the statute applies as broadly as the plaintiffs claim, whether it interferes with interstate commerce, and whether it can be applied to website terms unrelated to e-commerce, or to website terms to which plaintiffs have not specifically agreed. Additionally claimants must prove a violation of a “clearly established legal right.”

Neither the ADA or New Jersey claims are clear-cut, and it’s not yet clear if they represent just the next wave of class actions, or a litigation tsunami.

But these claims are already having an effect, as many businesses are now asking, “How do I make sure our website is legal?”