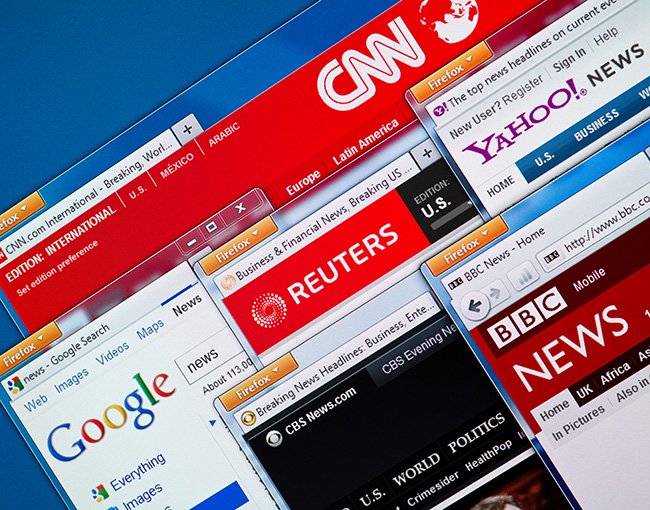 News aggregation is common. As Google noted on the tenth anniversary of its Google News service, referring to news on the Internet, “aggregation by humans and machines is an integral part of the ecosystem.” Aggregation includes specialized industry-focused sites, run by trade associations or individual companies, and e-mail headline services. Some are free, some require paid subscriptions.

In all cases, however, the aggregator is featuring content of others. At first blush, it may seem illegitimate or infringing, as the aggregator benefits from the sweat of others’ news gathering and writing.

But there is a twist to aggregation on the web. The aggregator’s site often sends readers to the original source, where that original publisher gets the benefits of having eyeballs viewing its ads, and having new users introduced to its other content and its subscription solicitations. Thus, many of the cited publishers view the readers sent through aggregation sites as a benefit.

Notably, those readers go to the original publication sources because they want the greater detail those sources provide. And that means that aggregation works for the publishers only if the aggregator’s site acts as a referral, not a replacement.

Thus, news aggregation sites generally follow three guidelines. The content on the aggregations site must be relatively short, provide only a hint or enticement as to the original content, not a replacement for it. It must credit the original source. And it must provide an easily usable direct link to the original site.

Most news aggregation sites that follow those guidelines are accepted by the original news sources; they are viewed as a net benefit, because of the users sent to the original source.

And the situation is also different where an aggregator threatens to divert significant revenue from the original news sources. For example, Meltwater, an international electronic news clipping service, compiled its own database of news from the Internet for snippets of news reports and sold access to its clients. The Associated Press sued Meltwater. In its complaint, AP explained the costs and risks of its original news reporting efforts, including sending journalists around the world, into conflicts and danger, to collect important and valuable news — news that Meltwater then copied and resold, without compensation to AP.

Meltwater claimed in defense that it acted like a search engine and collected snippets of news reports from AP and other providers. But its services were offered only to its paid subscribers, and it provided them not only with longer-than-customary aggregation-page summaries, but also copies of the original sources’ lengthy articles. Meltwater bypassed entirely AP’s well-established licensing plan, and very few of Meltwater’s subscribers went to the original sources. Meltwater lost to AP, in cases in New York and in England.

News aggregation works, in most cases, as a kind of linking, and the web has always been hospitable to links, so long as they are not deceptive. So news aggregation sites set up to facilitate links to the original source usually work. Sites that attempt to replace other sites, while using their content, usually don’t work.