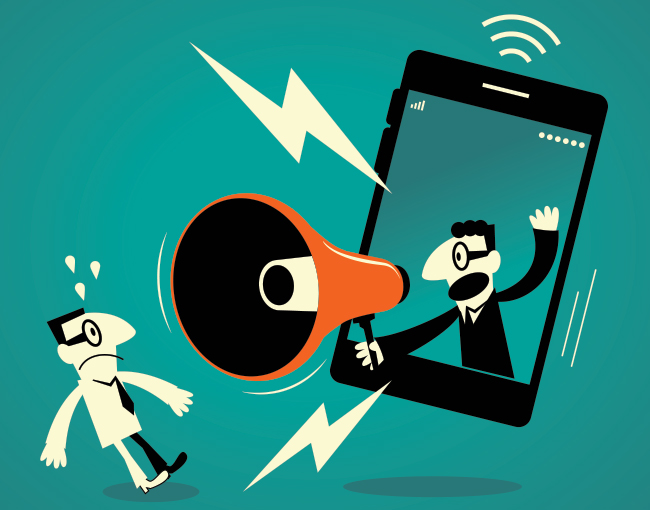 Can social media posts be tortious or criminal?

Drawing the line between protected speech and unprotected action is one of the oldest issues under the First Amendment. Recent cases involving social media postings are raising the issue once again. Put simply, these cases ask whether social media posts can function as such powerful calls to action that they should be treated as actions, not speech.

In one case, families of victims from the Pulse nightclub shooting have claimed social media companies bear responsibility for radicalizing shooter Omar Mateen. In another, a woman was charged with involuntary manslaughter based on texts she sent encouraging her boyfriend to commit suicide. These cases are generally similar to a series of cases around 30 years ago that targeted Soldier of Fortune magazine for publishing alleged assassin-for-hire ads. Most of these cases failed due to policy problems with the negligent publication theories on which they were based. But one case succeeded, against the ominously titled book, "How to hire a hit man."

Some may assume there's a bright, bold line between speech and action, which should resolve these matters. But while there is a dividing line, it isn’t a simple or clear one. When I taught media law many years ago, I told students about two cases decided around that time. One involved a fraternity's "ugliest woman on campus" contest in which fraternity members dressed as ugly women, and another concerned a man caught hunting out of season. Free speech was argued in both cases.

The fraternity claimed free speech protection for its mean-spirited contest, when faced with discipline by a public university, even though not a single word was spoken because of the silent format. The hunter, too, claimed free speech — in the words "go get 'em!" which he shouted to his dog when he saw a game warden approaching. (The dog heeded the command, to the game warden's discomfort).

If things were simple, the hunter's words would be protected as speech, and the fraternity's silent show wouldn’t be considered "speech." But the results were opposite: the fraternity's silent show was characterized by the court as classic expression, however mean and nasty it might be, even though no words were used. Conversely, the hunter's words were characterized as a canine command, not expressive content with constitutional protection. The fraternity received First Amendment protection, the hunter did not.

Courts must consider this kind of purpose and policy-focused analysis in addressing the new wave of claims based on social media communications. In order to preserve First Amendment freedoms, we must not allow tort and criminal claims to be asserted against true expression, even when that expression seems less than honorable or becomes associated with unwelcome or even tragic outcomes. At the same time, the mere use of words cannot be automatically immunized, as illustrated by the "go get 'em!" command.

However, even judges who recognize the subtlety and policy basis of the speech-action distinction generally try to avoid tackling that prickly issue. This may be why the case against social media companies over the Pulse shootings was dismissed, because the shooting didn’t involve international terrorism and hence couldn’t support the plaintiffs' theory that the companies conspired to support ISIS.

It may not be so easy to avoid the issue in the suicide case, Commonwealth v Michelle Carter, in Massachusetts. Carter was convicted for encouraging her boyfriend's suicide, but on appeal her lawyer has argued that hers is the first case to result in a conviction where "an absent defendant, with words alone, encouraged another person to commit suicide."