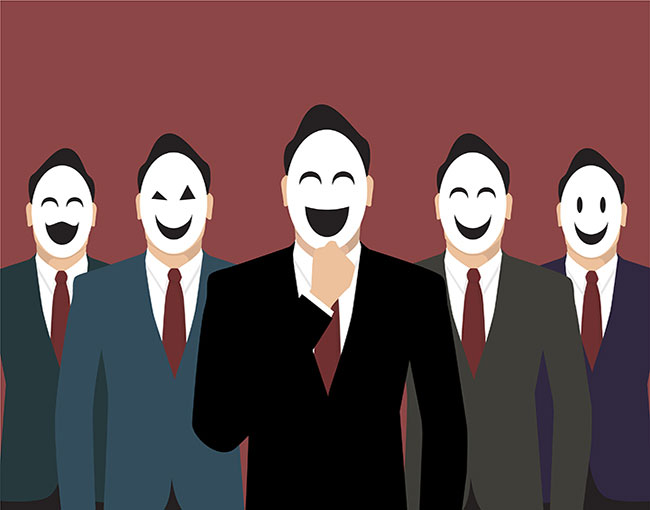 Why we permit fake identities, even for Russian disinformation campaigns

A detailed report on Russia’s disinformation campaign notably never questioned the fact the Russians had the opportunity, and even right, to post on the Internet using fake names. The report even notes, “we respect the privacy rights of fake people.” The Senate Select Committee investigating Russian interference with the 2016 elections commissioned this and another report, and released them on December 17.

Why do we, and why should we, “respect” “fake people”? On a deeper level, why would we accept the epidemic of false and hidden identities that have spread not only misinformation, but also hate, anger, and fraud, all over today’s primary communications medium?

It all goes back to different times and different circumstances, when a right to anonymous speech was first recognized. That right was later broadened, and then applied to the new circumstances of the Internet.

In colonial times, some of our founding fathers used pseudonyms. Benjamin Franklin used the pseudonym “Silence Dogood;” Hamilton, Madison, and Jay published the Federalist Papers under the pseudonym “Publius.” In constitutional law, we tend to revere practices associated with the founders in colonial times.

So, after Los Angeles enacted an ordinance restricting civil rights protesters from circulating handbills with “fictitious names,” the Supreme Court, in Talley v. California, found that law unconstitutional. In that 1960 decision, the court noted the history of pamphleteering as a way in which “persecuted groups and sects from time to time throughout history have been able to criticize oppressive practices and laws.” Such groups, it said, had to speak “either anonymously or not at all.”

The court referred to the pseudonym used for the Federalist Papers, and gave other examples of dissenters who wrote anonymously or with pseudonyms, including famous dissenters like John Lilburne of England, New England Puritan ministers John Penry and John Udal, and various “Revolutionary War colonial patriots.” And it relied on another famous Civil Rights Era decision, NAACP v. Alabama, which it recognized “that identification and fear of reprisal might deter perfectly peaceful discussions of public matters of importance.”

The Supreme Court again considered anonymity in 1995, in McIntyre v. Ohio Elections Commission. There, a state law prohibited distribution of anonymous campaign literature. The Supreme Court, relying on Talley, struck down the law as unconstitutional.

The plaintiff in McIntyre was a dissenter, like the plaintiffs in Talley. Margaret McIntyre, as an individual, composed, printed, and distributed handbills opposing a school tax increase. The Supreme Court in McIntyre, as in Talley, noted the benefits of anonymity to dissenters: “The decision in favor of anonymity may be motivated by fear of economic or official retaliation [or] by concern about social ostracism.”

But the court then went further, endorsing as well “a desire to preserve as much of one’s privacy as possible.” The court then held that “whatever the motivation,” there is a public interest in allowing anonymous speech, and the First Amendment therefore protects “an author’s decision to remain anonymous.” Thus, McIntyre, though arising from the situation of a lone dissenter, led to a ruling that seems to recognize a First Amendment right of anonymity for anyone, anytime. McIntyre clearly suggests that American law “respects the privacy rights of fake people.”

A series of lower court rulings have followed McIntyre’s principles in imposing procedural protections for anonymous speech on the Internet, although most of those cases arise, like Talley and McIntyre, from comments by minorities and dissidents who fear retaliation.

But the two Supreme Court decisions and the lower court rulings leave many questions unanswered. They have dealt with anonymous speech, or obvious pseudonyms, not with fake names that likely deceived readers into believing that they were real people. They dealt with true contributions to public debate, not fictitious posts designed to undercut the democratic process, or fictitious names used for commercial fraud. And other situations of anonymity, like those involving reporters’ confidential sources and the recent New York Times op-ed by an anonymous Trump administration official, involve vetted and verified speakers, and thus much different policy considerations.

All of these considerations suggest anonymity and fictitious names raise many important issues that need individualized attention. But a simple rule of absolute protection of all anonymity seems to be the prevailing interpretation of McIntyre, and, judging by that decision’s broad language, maybe even the Supreme Court’s intent.

But because Ms. McIntyre was a dissident, the language in McIntyre about extending protection for anonymity to all circumstances (“whatever the motivation”) may be legal dictum—a statement that goes beyond the circumstances of the case, and hence need not be followed. And both Talley and McIntyre recognize room for state laws to combat fraud. Justice Harlan, concurring in Talley, suggested that a “substantial showing” of fraud or other misconduct could overcome the First Amendment right to anonymity. Thus, there is a reasonable basis for looking more closely at today’s broad use of anonymity and false identities, not only by the Russians, but also by perpetrators of many kinds of fraud and wrongdoing on the Internet.

On a daily basis, individuals and businesses are attacked and deceived by Internet activities of people shielded by false identities; indeed, false identities are the baseline tools for most Internet frauds. The Senate consultants caution that Russian interference in U.S. elections and public opinions continues on a large scale, using false identities. And people write with more anger, and foment more hate, when their identities are shielded. In these circumstances, a lot will ride on what happens whenever the McIntyre protection for anonymity is tested against the realities of the modern Internet.