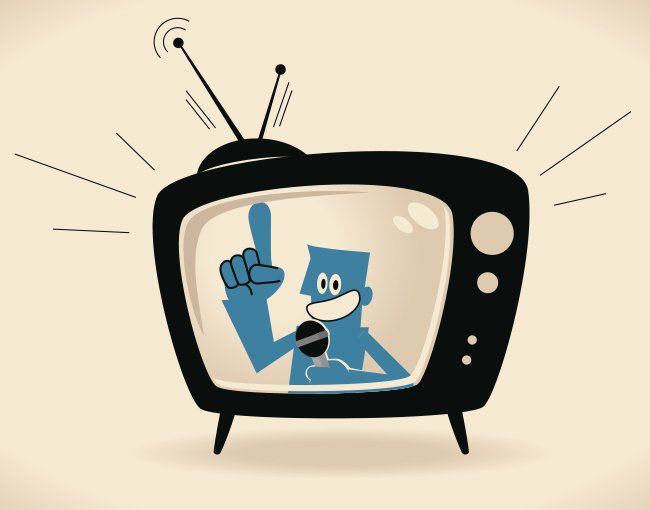 Should false and misleading political advertisements be published? More specifically, do publishers, broadcasters and social media companies have a legal or moral duty to vet the political advertising they bring to the public? Interestingly, the legal duties vary according to the medium involved. In particular, broadcasting and the internet—the two most popular media for political ads—are subject to quite different legal standards.

Let’s begin with the print medium, like newspapers and magazines. These media bear essentially full responsibility for the political ads they publish. Newspaper publishers must take care not only with their own reporters’ content, but also for third party content, like letters to the editor and advertisements. Print publishers have full discretion in what they publish, and face potential liability for all content.

Broadcasters, by contrast, are subject to special rules for political ads. The most important one provides that a TV or radio station must accept and run all legitimate candidate political ads, without censorship. In return, the station can never be liable for such content. This is colloquially known as the “no-censorship, no liability” rule.

These and other political broadcasting rules arise from the time when broadcasting was seen as particularly pervasive and persuasive, and Congress wanted to make sure that broadcasters couldn’t favor one side or another of a political campaign. Other rules grant federal candidates reasonable access to broadcasting, and including access equal to that of their opponents. Additionally, candidates can only be charged for advertising at the station’s “lowest unit charge.”

Broadcasters have more discretion with respect to political ads placed by entities other than a candidate’s official organization. Stations have full discretion to accept or reject these third-party political ads and they can charge for them at normal commercial rates. But they can face liability over the content of these non-candidate ads.

The rules for internet content are quite different from print and broadcast rules. First, nothing in internet law requires any internet intermediary (like a service provider or a social media company) to run any political ad, from a candidate or anyone else. And internet intermediaries, unlike broadcasters or print publishers, are practically immune from liability.

For example, if a non-candidate runs the same false, defamatory ad on both TV and social media, the TV station may be liable (as noted above), but the social media company can’t be. That’s because the primary law on internet content—Section 230 of the Communications Act—exempts internet intermediaries from liability for the content of its users.

There is one final big difference. Section 230 doesn’t just make internet companies immune from liability over what they carry. It also makes them immune from liability for their decisions on what they will not carry. That is, internet companies aren’t liable for refusing to carry, or from taking down, particular content of their users. This derives from the so-called “Good Samaritan” provision in section 230, which gives internet companies total freedom in blocking or taking down user content because of appropriateness, objectionability, indecency or any other reason.

As it was explained on the floor of Congress when section 230 was debated, the Good Samaritan provision of section 230 protects “anyone who provides a front end to the Internet” (that is, internet intermediaries) who “takes steps to screen indecency and offensive material for their customers.” But the protection extends beyond indecency and offensiveness, and covers anything that the intermediary considers “objectionable.”

From the user’s point of view, which is the better system—the highly regulated political broadcasting rules, or the total discretion given internet providers?

Most candidates probably like the broadcast rules, because it gives them favorable rates, and ensures that a broadcaster can’t favor one side over the other. But broadcasters balk at the no-censorship rule, which has sometimes forced them to run gruesome or indecent ads, if submitted by qualified candidates. It’s hard to say whether viewers care about these rules; they’re going to be inundated with broadcast political ads no matter what the rules.

The internet side is more like a free marketplace, with intermediaries having full discretion in what, if anything, they will run. But it has been faulted because internet intermediaries never face liability over user content, and hence have no legal check in what they allow or do not allow over their services. The liability exemption may well have contributed to the wildness of political advertising in 2016, including the many foreign-placed and extremist social media ads. While internet companies have full rights under the Good Samaritan provision to police their services, it’s likely they would do more if they had a personal stake in the game.

All of this, of course, relates to legal duties. Ethical or moral duties are different. Because the law tightly controls the broadcast candidate ads, and because print publishers are always legally responsible for the content they publish, the ethical issues—the questions of how a company exercises its discretion—arises most dramatically on the internet.

Section 230 gives internet intermediaries broad immunity from liabilities arising from their users’ content, and full discretion (in its Good Samaritan provision) to make their own determinations of appropriateness. Accordingly, the ethical responsibility for vetting internet content has been placed squarely in their hands.