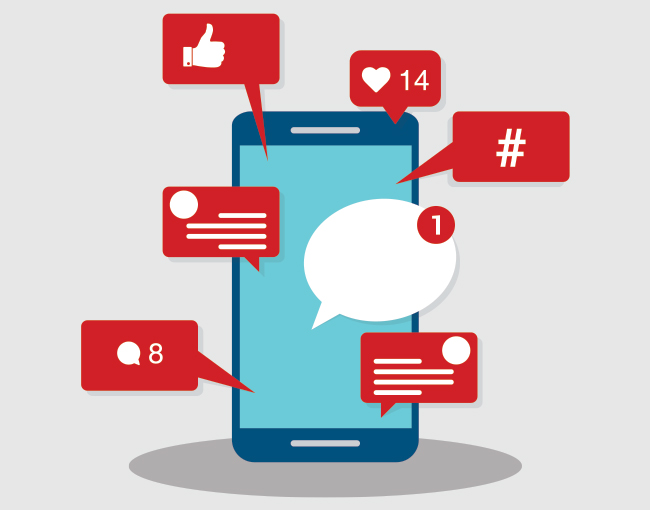 Don’t count on President Trump’s executive order overturning or significantly restricting the statute that has governed internet freedom in the United States for the last 24 years.

Section 230 of the Communications Decency Act, enacted in 1996, is a powerful statute that drives a vibrant internet by granting special freedoms to online service providers  and other intermediaries. Its stated purpose was to preserve the free market of the Internet “unfettered by federal or state regulation.”

To understand Section 230, you have to go back to pre-1996 law, where online services like Prodigy  were treated the same as brick-and-mortar publishers. They were potentially liable for everything on their service. And by a strange quirk, their liability was slightly lower if they closed their eyes to the content that flowed through their service (at least until someone complained about it), but greater if they tried to remove objectionable content.

That legal system, designed for print publishers, simply didn’t work on the Internet. It meant that service providers would have to maintain huge staffs of people to review every message board post, blog, comment or news story before it could be released on the Internet. The internet industry went to Congress, and Congress agreed that intermediaries had to be protected similarly to phone companies — that is, not liable for the content of others that flowed through their systems. And they definitely should be able to clean up and improve the content on their systems without facing increased liability.

The statute is phrased in pretty absolute terms and court decisions have interpreted it as a very broad exemption from liability for service providers. Technically, it is more absolute in subsection (c)(1) (no liability for publishing) than subsection (c)(2) (no liability for removing materials) because subsection (c)(2) includes the phrase “in good faith.” But almost all disputes under Section 230 involve subsection (c)(1) because many people in many different situations care about content that was posted online. If something is taken down, by contrast, usually only the affected person cares, and he or she can usually get it posted somewhere else. Moreover, there is generally no right to have someone else carry your content in the first place, so it is hard to make a major case out of a takedown. For these reasons, the “good faith” element of subsection (c))(2) has rarely been litigated.

The President’s executive order, however, seems to attempt to take the “good faith” language of (c)(2) as a basis for government intervention, through a reinterpretation of Section 230 that would remove its basic (c)(1) protection from disfavored actors.

Initially the executive order paints a picture of social media companies as “censors” of opinions with which they disagree. This is an odd choice of language, because only governments censor; private parties (like social media companies, newspaper columnists and talk radio hosts) have full freedom to choose what they say, what they support and what they republish. They had that right before Section 230, and they had it after Section 230’s enactment. Section 230 just dealt with their liabilities for the user content carried on their systems.

Having suggested a problem of social media “selective censorship” and other “troubling behavior,” the order goes on to lay out a process under which Section 230 will be “clarified.” There are already hundreds of court decisions interpreting and applying Section 230, but the order seems to seek “clarification” in a diametrically different direction than established caselaw.

Specifically, the order suggests by way of “clarification” that subsection (c)(2) (on removal or blocking of content) is the heart of Section 230, thereby making its “good faith” qualification central to any analysis. If any service provider ever removed content in a manner not in good faith, it states that the provider “loses” all Section 230 protection, including those contained in subsection (c)(1). (Court decisions, by contrast, regularly view the two subparts as independent of one another, and no prior decision has suggested any forfeit or loss of subsection (c)(1) protection.)

The order directs all executive departments of the federal government to follow this new interpretation of Section 230. Then, it goes on to direct the Federal Communications Commission (FCC) to make rules about what qualifies as “good faith.” It even directs the FCC to work governmental concepts like “notice” and “opportunity to be heard” into the definition of “good faith” by an online service provider, even though these concepts aren’t required, and aren’t typically followed, in the private sector.

The intent and upshot of the executive order thereby seems to be to remove unqualified subsection (c)(1) immunity, condition all Section 230 protections on “good faith,” and define good faith in a manner where social media companies can readily be found derelict. (Other elements of the executive order don’t directly relate to section 230; they include directing the Federal Trade Commission and state agencies to investigate social media companies for unfair or deceptive trade practices.)

Some may think of this order as creating a new Fairness Doctrine. But the old Fairness Doctrine laid out fairly objective rules for broadcasters to follow, and non-compliance penalties were usually warnings and small fines. This rule would apply to almost every web user today, not just social media companies but also broadcasters, publishers, search engines and e-commerce providers. And if any such provider were judged by the FCC to have acted in subjective bad faith, all of its Section 230 protections would be stripped away — making it liable for millions of dollars of damages for disparagement and other bad acts of users of those sites.

As an example, suppose a hotel company complained to the FCC about how one of its posts had been handled by a travel review site. If the FCC found bad faith, the travel review site would suddenly become liable for all disparaging and false posts made by all of its users in their reviews. (When Section 230 applies, only the user could be sued; but under the executive order, the review site itself becomes fully liable for all user posts, upon one finding of bad faith.) Few companies could withstand this kind of massive risk, so if the new rules ever take effect, all internet services that carry third-party content are likely to engage in broad waves of self-censorship.

Of course, the executive order does not by itself disturb Section 230 or the strong caselaw under it. The statute and its many court interpretations remain in full effect for now. The next step belongs to the FCC, which is directed to begin rule-making as to interpretation of “good faith” under subsection (c)(2). The FCC will have to follow administrative procedures, hold hearings, consider comments and publish a carefully reasoned rule. That rulemaking will be subject to court review, and that review could be tough on the agency if it departs too far from the established meaning of the statute and of the phrase “good faith.” Moreover, it is not even clear the FCC has the authority to put its own gloss on “good faith,” since the phrase is well known in the law and Section 230, unlike many statutes, does not expressly invite agency interpretations of its provisions.

Finally, even if the agency ruling were to survive a court challenge, the executive order itself would still likely be challenged as an unconstitutional attempt at government retaliation, coming as it did just a few days after Twitter began tagging President Trump’s tweets with fact-checking links. Under the First Amendment, even legitimate government powers can’t be used to retaliate against disfavored persons or entities. President Trump’s personal lawyer, Rudolph Giuliani, can explain that doctrine, having had it applied against him successfully when he tried to retaliate against the Brooklyn Museum for holding an art exhibition that he disliked.

One can never be sure, but based on the plain language of Section 230, the 24 years of caselaw affirming the breadth and clarity of its terms, the difficulty of interjecting an unusual agency interpretation at this late date, and the retaliation issue, the executive order’s ultimate place in history is likely to be as a political move, not as a drastic change in our basic internet law.