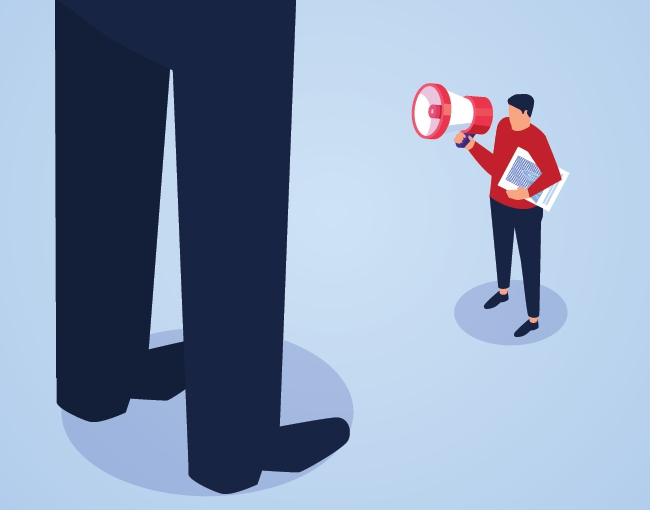 The report of Attorney General William Barr’s Department of Justice on Section 230, the basic American internet law, takes an interesting approach: it acknowledges the need for the law and how effectively Section 230 satisfies it, even while it recommends beginning a brick-by-brick dismantling of the act. It celebrates Section 230 for preventing heckler’s vetoes on the internet, while, ironically, it advocates changes that will enable more heckler’s vetoes.

The Department of Justice report acknowledges the danger of heckler’s vetoes if we didn’t have Section 230, and even praises Section 230 as the best approach to preventing that highly unwelcome outcome. The absence of Section 230 immunity for service providers, it said, “could give a heckler’s veto to anyone who objects to third-party content, regardless of whether the objection has merit.”

Yet, paradoxically, the report goes on to suggest cutting back Section 230 in significant ways, which would undercut its purpose of avoiding self-censorship and heckler’s vetoes on what is now our most important communications medium.

Initially, the DOJ report proposes eliminating the part of Section 230 that allows service providers discretion to take down objectionable content. This section was part of the original basic bargain of Section 230—Congress allowed service providers to transmit all user content without fear of liability, but also let providers manage content, to keep out hurtful and objectionable content. The second part of the bargain, the ability to manage content, was called the “Good Samaritan” provision.

But the DOJ report suggests restricting the Good Samaritan provision to essentially reimpose a heckler’s veto as to service provider takedown decisions. Rather than the current provision that gives service providers an ability to remove “objectionable” content in good faith, the DOJ proposed revision would eliminate the catch-all term “objectionable” as a basis for takedown, add a few government-favored reasons for taking down content (“violates federal law or promotes violence or terrorism”), and set up a multi-part test for takedown motivation, thereby allowing all takedowns to be litigated.

Essentially, under these proposed amendments, the heckler’s veto would be reinstated with respect to takedown decisions, since every takedown decision could be litigated. If this becomes law, we can expect that prudent and risk-adverse service providers will no longer make takedown decisions contrary to the wishes of people or entities that have litigation budgets. That is, they will self-censor their content moderation, with hecklers in mind.

The second major DOJ proposed sets of changes to Section 230 deal with what the report terms bad behavior. It would remove from Section 230 civil law immunity in cases of alleged support for terrorism, child sex abuse or cyber stalking, as well as for providers that allegedly aid or facilitate criminal activity. Those wrongs, however, can already be addressed through the criminal process, and Section 230 has never restricted federal criminal prosecutions. So the DOJ recommended changes would merely open up civil litigation in areas where the DOJ itself has chosen not to apply its criminal powers. Since it isn’t hard to assert civil claims and begin long and costly litigation, these changes also, if enacted, seem likely to lead to a new wave of threats and civil actions that will inhibit service providers. For example, if a provider’s site hosts leftist commentary, and is threatened with a lawsuit that it is supporting crime or terrorism, a profit-oriented provider may well decide to change its content focus, and carry instead recipes for apple pie.

Since the DOJ report was issued in an election year when no serious consideration of legislation is likely to occur, and since it followed closely on President Donald Trump’s executive order on Section 230, it was probably issued mostly to prompt discussion and begin thinking on the subject of Section 230 reform. But ironically, one of the main points that it highlights is the likelihood that Section 230 cutbacks would lead to the very heckler’s vetoes that the law was originally designed to prevent.