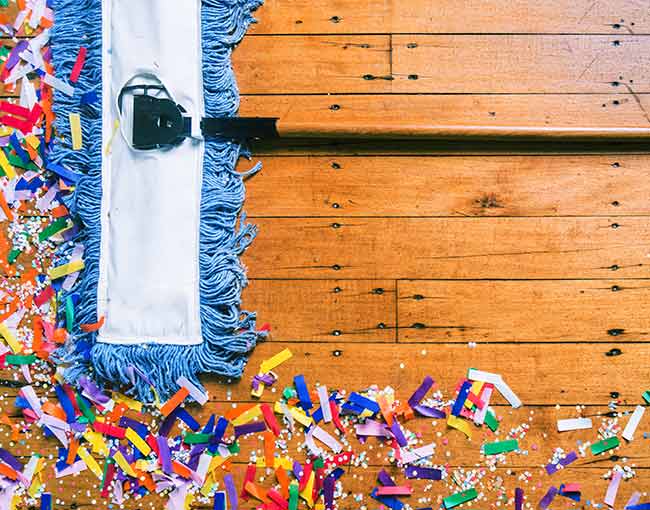 Midterm 2018 postgame: What the outcome means for higher ed

On October 31, Thompson Coburn’s education team hosted a webinar for the higher education community in advance of the midterm elections. Special thanks to our friends Kim Jones from the Council for Opportunity in Education and Kevin Cain from the Association of American Veterinary Colleges for joining us for our live panel discussion.

As promised during the webinar, we are posting this blog to break down the election results and look ahead to the 116th Congress. You may have more questions than answers after a long election night! We hope our postgame commentary will break through the confusion and help you plan for 2019.

The Democrats took back the House, which has been in GOP control since 2010. Though they only needed to flip 23 seats to regain their majority, the Democrats flipped at least 33 — a slightly better performance than many polls had anticipated.

The president’s party often struggles in midterms, as President Obama and the Democrats did in 2010. On average, the president’s party loses 22 seats, or 35 if the president’s approval rating is below 50%. Because President Trump’s approval rating has hovered around 41%, one might characterize the Democrats’ wins this week as underwhelming — and certainly far less striking than the 63 seats the Republicans picked up in 2010. While the Democrats achieved their goal of winning back the majority, the size and strength of the so-called “Blue Wave” is up for debate.

What does this new balance of power in the House mean?

Broadly speaking, beyond substantive legislative initiatives such as infrastructure, lowering prescription drug prices, and immigration reform, expect House Democrats to focus heavily on oversight of the Trump Administration and its policies. Come January, Democratic committee chairs will acquire sweeping subpoena and oversight powers that will complicate governance for the Administration. We also expect to see significant movement in committee assignments on both sides of the aisle, though actual roles will not be confirmed for several weeks.

There were surprise victories for both parties Tuesday night, as Democrats sought to break Republican strongholds in districts across the nation. Democrat Jennifer Wexton unseated two-term Republican Barbara Comstock in Northern Virginia’s 10th District. In Kentucky, Republican Representative Andy Barr edged out Democratic challenger and former Marine Amy McGrath. Democrat Donna Shalala was elected to a seat in Florida long held by the GOP and is expected to be an outspoken voice on higher education issues with her experience as the former president of the University of Miami.

Even though the president’s party typically loses seats in both chambers in midterms, the Senate map was highly favorable to Republicans this year. Of the 35 seats up for reelection, the Democrats had to defend 26 — 10 of which are in states that Trump won in 2016. In 2020, this advantage will flip, and Senate Democrats will have the more favorable re-election map.

Look for both the House and Senate to release their 2019 legislative calendars by the end of the year.

House and Senate leadership races are already well underway inside the Republican and Democratic conferences. The GOP leadership elections will take place in just one week, on November 14. House Democrats will vote for their leaders on December 5, and their counterparts in the Senate have not yet announced when they will vote.

Senate Majority Leader Mitch McConnell (R-KY) is all but guaranteed to serve another term in leadership, as is Senate Minority Leader Chuck Schumer (D-NY). In the House, Speaker Paul Ryan’s (R-WI) retirement has paved the way for a leadership contest among top Republicans. But because they will be switching from the majority to the minority, neither current House Majority Leader Kevin McCarthy (R-CA) nor Majority Whip Steve Scalise (R-LA) will be Speaker next year. Both could transition over to the same roles in the minority; McCarthy has already announced his intention to run for the top GOP spot.

But McCarthy and Scalise will also face an insurgence from the right. Representative Jim Jordan (R-OH), a leader of the House Freedom Caucus, announced Wednesday that he will challenge McCarthy for Minority Leader. It is possible, too, that Representative Patrick McHenry (R-NC), Deputy Chief Whip, may look for an opportunity to move up the GOP House leadership ladder.

Current House Minority Leader (and former Speaker) Nancy Pelosi (D-CA) has long animated conservatives and has even taken heat from her own party, with some newly-elected members saying that they will not vote for her for Speaker. But without a viable alternative in addition to her uncanny ability to herd an unwieldy caucus, she is most certainly the frontrunner to lead the House Democrats, although she has indicated that she may only hold the position for a short time.

What to expect when you’re authorizing

No returning Democrat on the Committee had a competitive race, but four Republicans are retiring and three lost their re-elections. Of particular note were races in suburban Richmond and Atlanta where Republicans serving on the Committee lost. Virginia Republican Representative Dave Brat, who unexpectedly unseated former GOP House Majority Leader Cantor in 2014, faced Democrat Abigail Spanberger, a former CIA operative. Spanberger pulled off the win on Tuesday night. In suburban Atlanta, Georgia Democrats scored a win with the election of Democrat Lucy McBath over Republican Representative Karen Handel.

Early next year when committee assignments shake out, expect a good deal of change on what will be the Education and Labor Committee. Democrats who were freshmen in the 115th Congress will now have seniority above the few dozen newly-elected Democrats, and some will likely use that leverage to pursue other committee assignments. For example, Representative Lisa Blunt-Rochester (D-DE) will have to choose whether to take a big leap forward in seniority on Education and Labor or whether to pursue a more powerful committee, like Energy and Commerce. And there will be some committee GOP changes because of retirements and defeats. As a consequence of the party moving to the minority, the GOP will have fewer seats on the Committee to fill.

Neither Senate HELP Chair Lamar Alexander (R-TN) nor Ranking Member Patty Murray (D-WA) were up for reelection in 2018 and will thus continue serving in their respective roles. The Democrats were hoping to win Arizona with the election of Representative Kyrsten Sinema, who had expressed an interest in joining the HELP Committee. At the moment, Sinema is slightly trailing Republican Representative McSally in the polls, though the race has not yet been called and may not be for several days to come with hundreds of thousands of ballots left to be counted.

The Higher Education Act is the next major piece of legislation in the queue for the education committees, and we can expect the HEA bill that emerges from the House to be largely partisan. The House Democrats’ proposal would likely mirror the Aim Higher Act, which would introduce free two-year community colleges and reform oversight for federal financial aid and student loans. Incoming Chair Scott indicated immediately after the election on Wednesday his intention to move forward with HEA next year, hopefully with bipartisan support.

On the Senate side, the HELP Committee will play its own game and write a bipartisan bill. Eventually the two bills would have to be merged, so the final bill could be slightly more left-leaning under Democratic control in the House — but probably not by much.

What is sure to change significantly, however, is the extent of oversight of the U.S. Department of Education by incoming Education and Labor Chair Scott, a former civil rights lawyer. He is likely to clash with Secretary DeVos over her attempts to cut the budget for the Office of Civil Rights, change sexual assault investigation procedures, rescind protections for transgender students, and much more. Also expect other aspects of the Administration’s higher education agenda, like borrower defense to repayment and gainful employment, to come under increasing scrutiny as well.

DeVos has long been a focus of Democrats on Capitol Hill, and they now have an opportunity to put teeth into their airing of grievances.

On the Senate side, neither Senate Labor-HHS-Education Appropriations Subcommittee Chair Roy Blunt (R-MO) nor Ranking Member Murray were up for reelection and will thus continue in their respective roles.

Though we should brace for a certain level of drama as spending priorities shift in the House, particularly because non-defense discretionary spending in the Labor-HHS-Education bill is so important to Democrats, the overall appropriations picture should stay somewhat consistent. Blunt, Murray, DeLauro, and Cole have all worked well together in recent years. And keep an eye out for earmarks possibly returning in some form in the new Congress.

Though the 116th Congress is still nearly two months away, we now know enough to expect considerable changes in leadership, committee assignments, and legislative priorities. With Congress on the precipice of a newly-divided chapter of an already divisive era in American politics, we will closely monitor how the higher education community comes into play.

Contact our Lobbying & Policy team if you have any questions about the changes in Congress and what they could mean for any of your priorities for 2019.