Home > Insights > Blogs > Sweepstakes Law > Contest insurance, part one: Get it or regret it 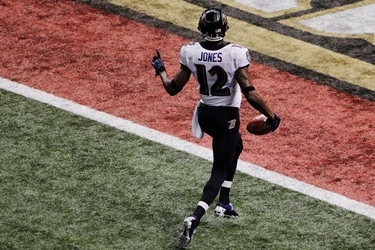 Contest insurance, part one: Get it or regret it

Recently I have helped several clients with contests that seemingly required entrants to do the impossible to win a prize. One promotion required contestants to guess a six-digit code that would open a safe. Another involved hitting a hole-in-one, and a third contest required the winner to sink a 50-foot putt. The odds of winning any one of these promotions are far less than one in a million.

But despite those long odds, these types of contest are very popular with consumers because the prizes are typically quite valuable. For example, if someone guesses the correct six-digit code that opens the safe (notwithstanding the odds of one in ten million) they will win $200,000.

Because of these expensive prizes, sponsors of these types of contests almost always obtain contest insurance that will reimburse them in the unlikely event that they have to award the prize.

For that reason, I was very interested in two recent incidents in the news, both of which confirm that sometimes individuals overcome the odds and win these contests.

The first article was the kind of news that makes everyone smile — except the insurance company. A furniture store in Baltimore, Md., advertised that anyone buying its furniture during the weekend before the Super Bowl would receive the furniture for free. But they could only walk away with a free sofa if the Baltimore Ravens scored a touchdown by running back the kick-off on the first play of the second half. As you may recall, the Ravens’ Jacoby Jones ran back the second half’s opening kick-off and instantly made the customers who bought furniture from that Baltimore store very happy.

The other article made no one smile. It was reported that a Connecticut businessman who specialized in selling insurance for golf tournament hole-in-one contests had been charged with multiple felonies after repeatedly failing to pay prize winners. According to the article, it is alleged that he has refused to pay hole-in-one contest winners in eleven states, and has ignored a cease and desist order and a $125,000 fine from the Washington State Insurance Commissioner.

How disappointing it must be to win a valuable prize, only to be told that the insurance company refuses to pay. While the sponsor of the sweepstakes may still be liable for the prize, many of these contests were sponsored by charities, and most winners did not want to take money from a charity.

In Part 2 of this series, we will discuss the steps you should take when researching an insurance provider and the critical contract elements that will increase the odds that your contest insurance will be there when you need it.