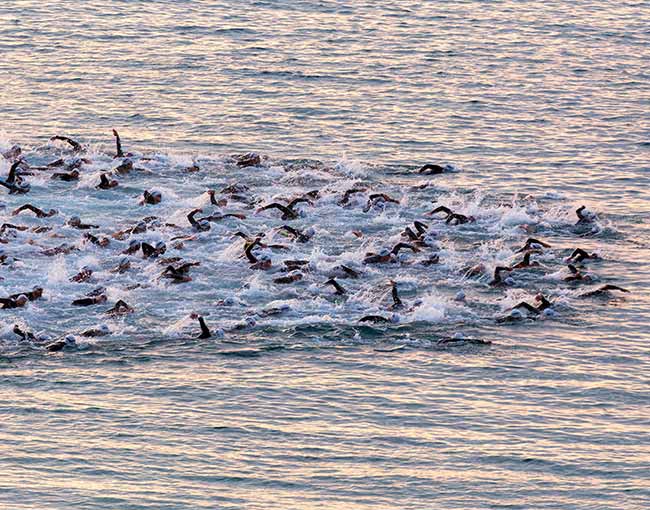 I have never understood why otherwise sane people would want to enter an Ironman triathlon. An Ironman requires you to swim 2.4 miles, bike 112 miles, and then run a 26.2 marathon, all within 17 hours. It’s hard to believe, but hundreds of people (including my son, who is otherwise fairly normal) enter an Ironman race every year. And if they want to compete in the ultimate Ironman event, the World Championship that takes place in Kailua-Kona Hawaii, they must first qualify in a regional Ironman race.

However, each year the owner of the Ironman races, the World Triathlon Corporation (WTC), sets aside 100 entries for people who did not qualify for the Hawaii event, but who would still like to participate in the race. WTC uses a sweepstakes to determine who will receive one of the 100 entries. Interestingly, to enter the sweepstakes, you must pay a fee of $50. You can also increase your odds of winning by making an additional $50 payment. WTC received over $1 million in each of the past years from the sweepstakes, which has become one of the most popular sweepstakes of its kind.

Anyone knowledgeable about sweepstakes laws probably has wondered if the entry fee could be deemed to be consideration, which could make the sweepstakes illegal. But no government agency had challenged the sweepstakes until recently, when the Department of Justice’s Tampa Office launched an investigation of WTC as to whether the sweepstakes violated Florida state law and the federal anti-gaming statute.

On May 13, the Department of Justice announced that it had reached a settlement agreement with WTC in which WTC does not admit any wrongdoing, but agrees to forfeit $2.7 million, the approximate amount of money it received from the sweepstakes during the past three years.

There are several other athletic competitions that use a sweepstakes to determine who will be allowed to participate in their race without qualifying in a prior event. These include bicycle races, 10Ks, marathons, and triathlete races — and some of these sweepstakes require an entry fee. It will be interesting to see if any of the sponsors of these sweepstakes will modify their sweepstakes to reduce the possibility that it could be challenged as being an illegal lottery.

The lesson from the DOJ’s enforcement action is that just because a practice has been in place for many years (and is used by many others), there is no guarantee that the conduct will not be challenged by a federal agency, state attorney general, or a private party if it appears to violate sweepstakes laws.