Home > Insights > Blogs > The Ground Floor > The best way to keep one’s word is not to give it; “nonbinding” usually means nonbinding 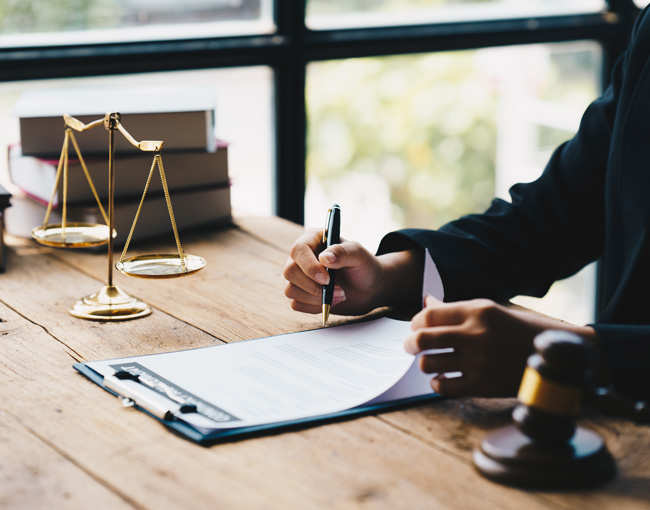 There can be a fine line between an unenforceable agreement to agree and an enforceable agreement with set terms. The Fourth District Court of Appeal reminds us, though, that courts may take parties at their word when the terms of a letter of intent state that it is not a binding contract. As Napoleon Bonaparte famously said, “The best way to keep one’s word is not to give it."[1]

This was the case in the court’s recent decision in Munoz v. Patel,  where the court affirmed dismissal of the plaintiff’s breach of contract cause of action, but reversed a demurrer as to causes of action for fraud and elder abuse.

The complaint in Munoz alleged that the defendants cooked up a scheme to confuse and defraud the elderly plaintiff.  The defendants—a pair of father-and-son hoteliers—had partially completed renovations on a hotel but were unable to finance the remainder of the project. To generate capital, the pair offered the hotel for sale with a 20-year leaseback arrangement. The plaintiff, an 80 year old investor who lacked proficiency in reading English, was allegedly lured into the sale by the attractive terms of the defendants’ offering memorandum.

But, according to the complaint, the pair never intended to execute an agreement on the same terms as the offer.  Instead, initially, the defendants repeatedly circulated to plaintiff buyer a lease agreement with favorable terms to the plaintiff. At the last minute, after the close of escrow on the sale of the hotel, the defendants swapped the draft lease for a document with very different terms, including terms that required the plaintiff to finish the hotel renovations and to handle all maintenance beyond normal wear and tear.

At the same time, the defendants allegedly contrived to place one of their agents as the plaintiff’s loan broker in order to obtain security interests in the hotel. The plaintiff signed a letter of intent to obtain financing for the hotel purchase from an entity located by the broker; unbeknownst to the plaintiff buyer, the lender was the alter ego of the defendant sellers. The loan agreement, which was hundreds of pages long, included harsh terms that contradicted the previously signed letter of intent. Among the altered terms was a provision guaranteeing the loan with the buyer’s unrelated assets.

When the first month of rent came due under the lease, the defendant sellers refused to pay, claiming that the terms of the lease provided that they were entitled to an offset for renovations done to the hotel. The obvious implication is that the defendants intended the plaintiff to default on his loan repayment obligations. At that point, the defendants could foreclose, reobtain ownership of the hotel, and pocket the purchase price by pursuing the plaintiff’s other assets.

The Court of Appeal disagreed:

Preliminary negotiations or an agreement for future negotiations are not the functional equivalent of a valid, subsisting agreement.  A manifestation of willingness to enter into a bargain is not an offer if the person to whom it is addressed knows or has reason to know that the person making it does not intend to conclude a bargain until he has made a further manifestation of assent.

Therefore, again, parties negotiating and drafting a letter of intent should be careful regarding “binding” or “nonbinding” language.  As discussed in an earlier article[2], the parties should consider what provisions they may want to be binding (e.g., confidentiality and non-circumvention), even though they may want the provisions about the definitive agreement to be unenforceable unless and until there is an executed definitive agreement.

Jeff Brown is a partner in the firm's litigation department with a practice that focuses on real estate. Hayley Landman is an associate in the business litigation group.