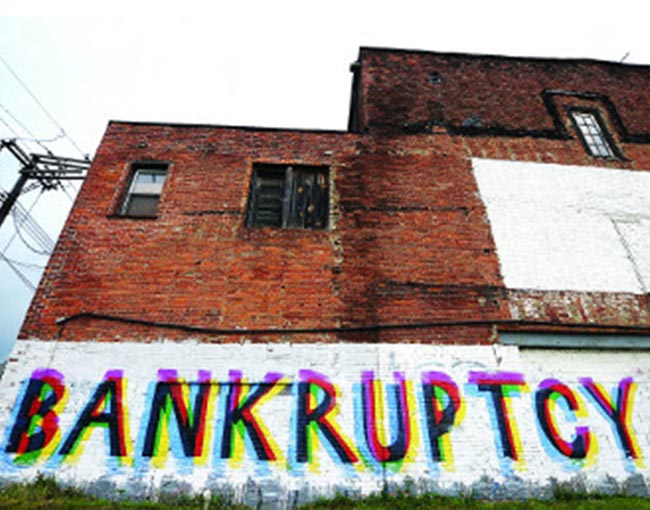 Parsing the legal and financial impact from Detroit’s bankruptcy

Tom Irwin, executive director of Civic Progress, agreed, and pointed out that St. Louis’ police unions have somewhat come to terms with the need for pension reform. Irwin said the city’s firefighters are still resisting changes to their benefits but St. Louis city government has nevertheless passed new legislation to dial back firefighter pensions to a more sustainable level. Irwin also noted that a good way to reduce the chances of financial difficulties among our region’s local governments is to reduce duplication of services and invest the savings in economic development.

Employee Benefits partner Trish Winchell, part of the Thompson Coburn team that restructured the firefighters’ plan and defended the city in related firefighter lawsuits, noted that a recent court decision approved the mayor’s pension overhaul and that the firefighters have appealed. Warfield noted that Illinois’ five public pension funds are nearly $100 billion short.

Detroit has more than $1 billion in general obligation debt, said Thompson Coburn Public Finance partner Debbie Rush. It will be interesting to watch rulings from Detroit bankruptcy judge Steven Rhodes: Will he decide that those general obligation (G.O.) bonds are secured or unsecured debt? Detroit’s Emergency Manager Kevyn Orr argues that at least some G.O. debt is unsecured. If Judge Rhodes agrees, Rush said, the owners of those G.O. bonds could receive just cents on the dollar. The outcome is not certain and some of Detroit’s G.O. bonds, as well as some G.O. bonds issued in other states, might be considered secured debt. Bond insurers will also be watching the Detroit rulings carefully, Rush said, as they could be on the hook for what the city of Detroit doesn’t pay.

The real secret to Detroit’s growing deficits: providing health insurance for virtually every retiree for as long as they live

Detroit’s bankruptcy will touch on federalism issues, Warfield said. Some have argued that Chapter 9 itself violates the 10th Amendment. But, as Warfield pointed out, the U.S. Supreme Court already upheld Chapter 9 in the 1930s. The Detroit bankruptcy may put a new issue before the Supreme Court: Whether federal municipal bankruptcy law trumps the state’s Constitutional protection of pension benefits.

The municipal bond market has taken a hit, but keeps on going

In general, the municipal bond market is holding up well, said Peter Czajkowski, senior vice president and director of public finance for Stifel Nicolaus. But with every ruling in the Detroit bankruptcy case, the credit spread moves a bit in response. General obligation bonds were the gold standard, Czajkowski said. It never occurred to anyone that it might be classified as unsecured debt. But Detroit is an anomaly. In most markets, investors have shown consistent confidence in municipal bonds.

Czajkowski said Detroit’s bankruptcy has spurred both investors and regulators to focus on disclosures related to a municipal entity’s pension unfunded status. For example, he said, where in the past a pension funding statement may have comprised just a short paragraphs, now bond issuers are attaching reams of documents related to the status of their pension funds. Prospective investors in municipal bonds can also ask additional questions of bond issuers: How much debt is there per capita? How diverse is the municipal entity’s tax base?

What happens if Chapter 9 doesn’t work?

If Detroit’s bankruptcy fails to offer a workable solution for the city’s funding crisis, Warfield said, then it may fall to the state legislature, or even the federal government for a solution, or even a “bailout.” But that’s a lot to ask of the political process, said St. Louis Post-Dispatch business columnist David Nicklaus. Bankruptcy is painful, but it has the possibility to spur out-of-court negotiations. In short, he said, it’s a last resort, but a good one to have on hand.