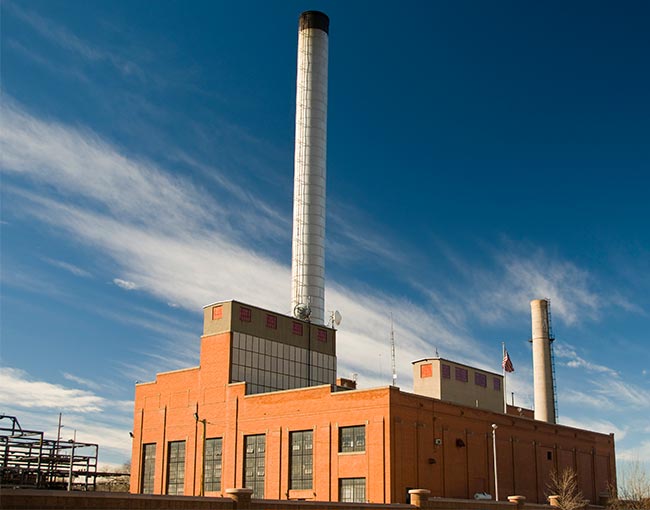 On June 23, the U.S. Supreme Court issued its much anticipated opinion in Utility Air Regulatory Group v. EPA, involving whether the EPA properly decided it was required to regulate sources of greenhouse gases (“GHGs”) under the prevention of significant deterioration (“PSD”) and Title V permitting programs. The Court held that EPA’s regulation of GHGs under the PSD and Title V programs was not required under the text of the Clean Air Act (“the Act”). In so holding, the Court also struck down EPA’s “Tailoring Rule,” which modified the Act’s major source thresholds for inclusion in the PSD and Title V programs. Nevertheless, the Court held that EPA’s decision to require best available control technology (“BACT”) for GHGs emitted by sources otherwise subject to PSD review was permissible under the Act.

The EPA argued that it was required to regulate new or modified sources of GHGs under the PSD and Title V programs. After the Supreme Court’s landmark decision in Massachusetts v. EPA, 549 U.S. 497 (2007), where the Court held that Title II of the Act authorized EPA to regulate GHGs from new motor vehicles, the EPA first found that GHGs from new motor vehicles endangered public health. It thereafter issued GHG emission standards for passenger cars, light-duty trucks, and medium-duty passenger vehicles. The EPA had long held that “regulated air pollutants” were subject to the PSD program, so it ruled that GHG sources were subject to PSD once it set emissions standards for motor vehicles. Title V requires “major sources,” including major sources of GHGs, to obtain operating permits.

In late 2010, the EPA issued its regulation of GHGs from stationary sources under the PSD provisions of the Act. The regulation was called the “Tailoring Rule” because the EPA decided to adopt a phase-in approach so that only the largest sources of GHGs would be subject to regulation. No new source would initially be subject to regulation under the PSD and Title V programs, but sources required to obtain permits anyway (the “anyway” sources) because of their emissions of conventional pollutants would need to comply with BACT for GHGs if they emitted GHGs in significant amounts. Thereafter, the PSD and Title V programs would be phased in at certain times depending on the amount of GHGs emitted. Although this phased-in approach was inconsistent with the Act’s explicit language defining the level of emissions for sources to be subject to the Title V and PSD programs, the EPA said the Tailoring Rule was justified in order to aid administrative efficiency and to avoid absurd results.

In today’s opinion, Justice Scalia and four other Justices held that the Massachusetts decision “does not strip EPA of authority to exclude greenhouse gases from the class of regulable air pollutants” under the PSD or Title V programs. The majority concluded that the EPA’s Tailoring Rule was improper given the broader context of the Act, and was not a proper exercise of the EPA’s discretion: “When an agency claims to discover in a long-extant statute an unheralded power to regulate ‘a significant portion of the American economy’ . . . we typically greet its announcement with a measure of skepticism.” Slip Op. at 19. The Court therefore rejected the Tailoring Rule, saying that “[a]n agency has no power to ‘tailor’ legislation to bureaucratic policy goals by rewriting unambiguous statutory terms.” Slip Op. at 21. (Interestingly, Justice Breyer and three other Justices reviewed the same language in the Act and found that EPA’s interpretation in the Tailoring Rule was permissible.)

Seven of the nine Justices (all but Justices Alito and Thomas) found that the EPA’s interpretation requiring the so-called “anyway” sources to comply with BACT was nevertheless permissible. The relevant BACT language from Section 7475(a)(4) of the Act states that BACT is required “for each pollutant subject to regulation under this chapter.” Based on this explicit language, the “wider statutory context,” and the fact that “applying BACT to greenhouse gases is not so disastrously unworkable,” the seven Justices found that “nothing in the statute categorically prohibits EPA from interpreting the BACT provision to apply to greenhouse gases emitted by “anyway” sources.” Slip Op. at 28.

According to Justice Scalia’s opinion (citing to the oral argument transcript) “anyway” sources account for “roughly 83% of American stationary-source greenhouse-gas emissions.” Id. at 10. Conversely, he noted that just 3% of GHG emissions come from “non-anyway” sources that would have been regulated had the Court not invalidated the Tailoring Rule. Id. Thus, in addition to the majority’s legal basis for its decision to invalidate the EPA’s attempt to regulate these other sources, it no doubt believed that limiting what they saw as an “overreach” by EPA to be supported on policy grounds given the marginal percentages of GHGs involved.

The Supreme Court’s opinion comes on the heels of the Obama Administration’s release of its “Clean Power Plan” proposed rule on June 2. The Clean Power Plan sets out to significantly limit GHGs from existing coal-fired power plants. The Court’s ruling today, however, did not address the statutory or regulatory basis for the Administration’s latest GHG proposal. Rather, Justice Scalia, in a footnote, merely mentioned that the opinion would not decide whether the statutory basis for the Clean Power Plan — Section 111(d) of the Act — was “ill-suited to accommodating greenhouse gases.” Slip op. at 14-15 n.5. Thus, the regulated community, environmental lawyers, court-watchers, and activists will all have to wait until the legal challenges to the Clean Power Plan make their way to the Court before the fate of President Obama’s GHGs proposals will truly be known.